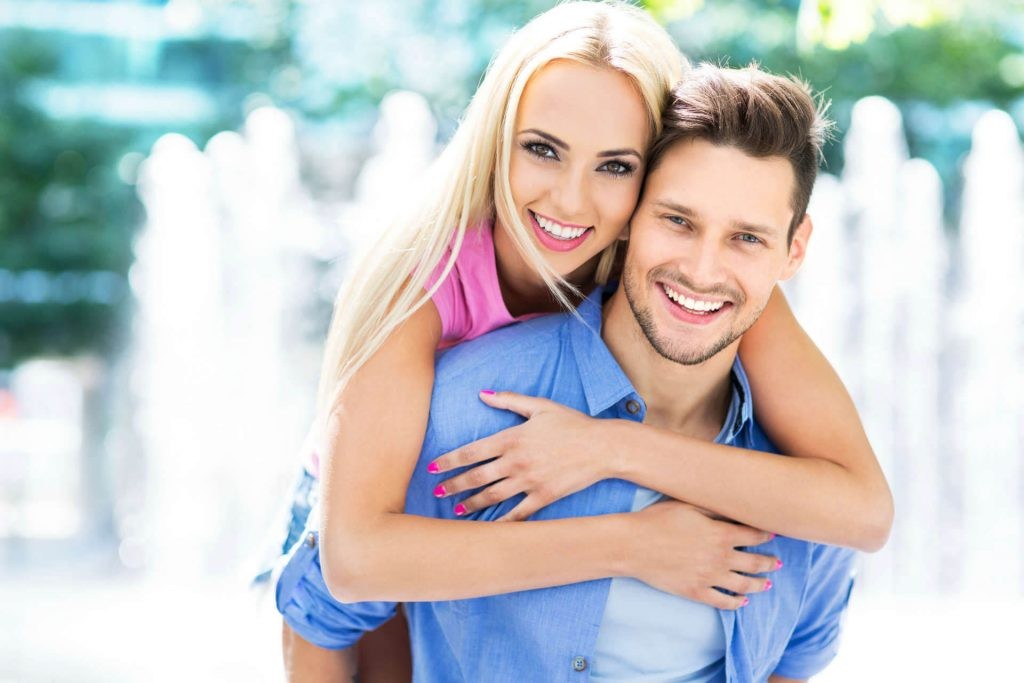 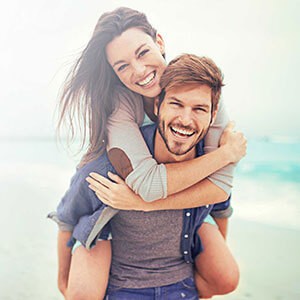 Thanks for signing up and jumping through that (admittedly annoying) hoop!

Fortunately, there are no more hurdles to leap – it’s time to find out what trait women find most attractive in men.

(And no, the trait isn’t giving free piggy back rides – but come to think of it, that probably wouldn’t hurt.)

Grin and Love It 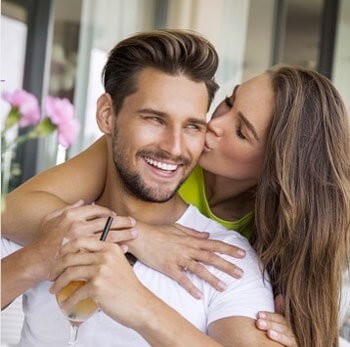 If you read the post about how to look more handsome closely, you may have already seen the clue I dropped in.

“Your eyebrows are one of the first things we notice, besides that amazing smile, of course.”

Boom. As it turns out, for all of your focus on fitness, hair, clothes and everything else that goes into looking handsome, what women find most attractive is your smile.

Now, I’ve never met Dana Oliver, and you probably haven’t either. So in case her opinion isn’t enough to get you grinning, rest assured: you don’t need to take her word for it.

In 2015 Thought Catalog writer Mike Zacchio surveyed 10 women aged 18 to 54, the bulk of whom were in their 20s, and asked them to name one physical and one non-physical trait they find most attractive in men.

Of the 10 women surveyed, seven said a smile is the one physical trait they find most attractive.

The other three, by the way, said the eyes, a guy’s butt and nice arms, respectively.

But the one who said arms are her favorite physical trait also said a sense of humor is her favorite non-physical trait, and she’d take that over nice arms – so, it’s probably a safe bet that a smile would work well on her, too.

The Science Behind Smiling 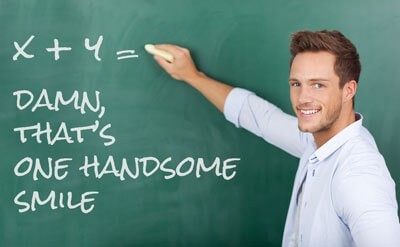 Still not convinced? Fair enough. Mike’s story is illuminating, but anecdotal – 10 women, after all, is a pretty small sample size.

But a 2013 study published in the journal Cognition and Emotion lends a lot more credibility to the claim. In that study, researchers showed people two identical faces, but used computer software to manipulate one so that it looked happier. Participants were then asked to choose the more attractive of the two faces.

“The evaluation of attractiveness is strongly influenced by the intensity of a smile expressed on a face,” the researchers concluded.

How strongly? So much so that even those of us who aren’t exactly candidates for Sexiest Man Alive could use a smile to turn our luck around.

“A happy facial expression could even compensate for relative unattractiveness,” the study’s authors say. This is great news, for multiple reasons. First and foremost, of all the things you can do to make yourself look more handsome, there’s absolutely nothing that’s as easy as simply smiling.

Second, this research actually contradicts what was previously believed.

“Both men and women increased their attractiveness by smiling,” as the psychology blog ReflectD summarizes the study, “however, men benefited more from a happy smile than women, which contradicts earlier findings.”

As men, we’re often tempted to think we need to look brooding or edgy in order to look handsome. But this study reminds us that while we may find brooding edginess cool, women just want us to crack a smile every now and then.

Put it Into Practice:

Slow Your Smile Down 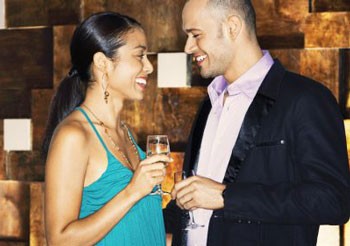 To maximize your smile’s effectiveness, try this ninja smiling trick I learned a few years ago.

I first read about this little maneuver in the Leil Lowndes book How to Talk to Anyone: 92 Little Tricks for Big Success in Relationships, which is packed with great suggestions for becoming more personable.

One of Lowndes’ 92 tricks is what she calls “The Flooding Smile.”

The idea is that when you first make eye contact with someone, you don’t smile right away. Instead, you look at their face for a second – not much longer – and pause.

Then, you smile a wide, beaming smile that implies that you don’t smile for just anyone, but in this particular case with this particular person, you’re truly, genuinely happy to make their acquaintance.

I’ve personally tried this many times and found that it definitely works. If you look closely at their eyes as your smile floods your face, you can practically see its effect register in their minds.

One word of warning, though:

This takes some practice.

Now that you know how attractive women find your grin, your instinct might be to slap on a smile the second you lay your eyes on a female. But in addition to being super creepy, that would be a lost opportunity to use your smile in a way that establishes a connection.

Delaying the smile will feel a bit unnatural at first, and you’ll want to make sure you get the timing down. Wait too long and it’ll seem like you’re just staring at the person; too quick and the effect of smiling just for them won’t quite resonate.

But it’s worth practicing and perfecting because, as we’ve learned, this is an extremely powerful way to make a magnetic – and handsome – first impression.

Try it out for yourself and let me know how it works for you. I’d love to hear from you.