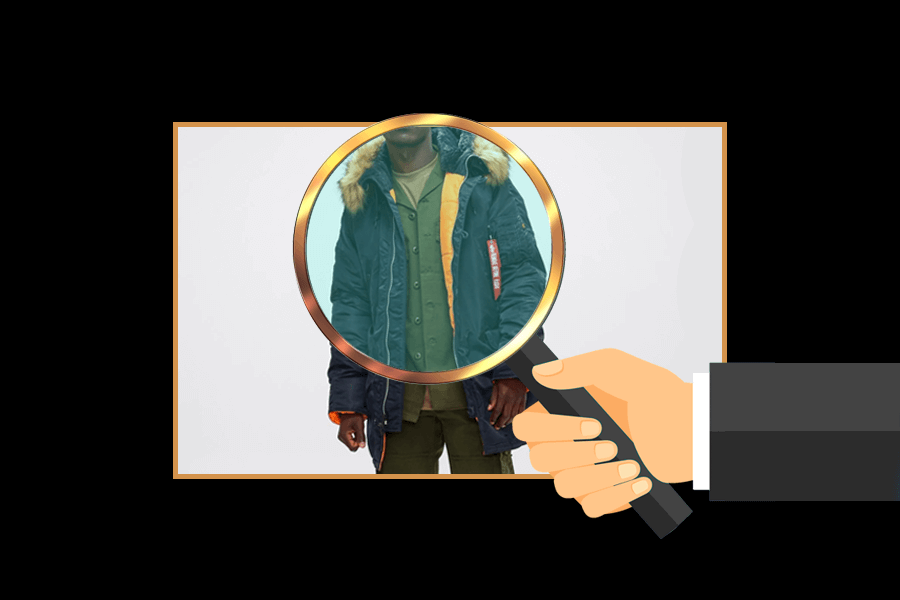 I live in Toronto, Ontario, Canada, and I love almost everything I about it.

The one thing I don’t love? The winters.

(Well, and the transit system, but that’s not nearly as relevant.)

With temperatures that routinely dip to -25 degrees Celsius (that’s -13 degrees Fahrenheit), if ever there were a time to where a parka, it’s Toronto in the winter.

Instead, I insisted on suffering through winter wearing nothing more than a pea coat or one of my (embarrassingly numerous) top coats, and a lot of layers underneath.

Fortunately, that all changed when I stumbled across Alpha Industries’ take on the traditional parka worn by air crewmen circa the Second World War.

(More on the history of the jacket below.)

Instead of Kenny’s bulky, all-encompassing orange monstrosity, here was a slim-fitting coat that looked like it could keep me warm without forcing me to look like a fur-lined Siberian spy.

To help you stay stylish while you keep warm, in this post I’ve put together an Alpha Industries N3B Parka review that breaks down its (many!) pluses and explains the (few) minuses that I’ve noticed about the coat.

While most of the menswear industry has embraced the move toward slimmer styles that fit close to your body, outerwear can often be the exception.

In my experience, the warmer and more comfortable that a piece of clothing is, the higher the risk that it will fit large.

(Which is precisely why I fret so much about how to wear a shawl collar sweater.)

Fortunately, the N3B bucks this trend and delivers a slim fit coat that is, in fact, slim.

Don’t get me wrong: this is still a thick, down-filled winter coat; even if you’ve stuck to your workout plan, no one’s going to be able to admire your muscles under this bad boy.

But with that said, the coat does contour to the body and provide a silhouette that’s slim as it can be, considering how much warmth it provides (keep reading to find out just how much).

A Quick Note on Sizing

One word of warning though: at 5’9” and 180 pounds, I was wavering between the medium and the small.

In most things (sweaters, for example) I’m a medium, but I decided to opt for the small in order to maximize my chances of it fitting slim, and I’m glad I did.

The small fits like a glove, and while the medium probably would have been totally fine, it wouldn’t hug my body quite as well or cut quite as sharp a profile.

While looking great is the first criterion that any of my clothes have to meet, this one has an obvious other purpose: keeping me warm.

And on that front, the Alpha Industries parka delivers in spades.

The coat is so lightweight that at first I was a little skeptical—nowadays you see a lot of “parkas” in this style with faux-fur-lined hoods that don’t actually much protection from the elements.

But this is one parka that passes the Canadian weather test.

Even when I wasn’t wearing appropriate fall attire underneath, Alpha’s N3B parka kept me warm on some insanely frigid February days.

While it doesn’t get quite that cold here in Toronto, I have no trouble believing this coat would hold up if it did.

Still Warm When Not Zipped

One thing I was especially surprised about was how warm I stayed even when I used the loops/toggle buttons instead of the full length zipper to do up the jacket.

I assumed that leaving the jacket “unsealed,” so to speak, would allow some cold air to get in.

But after getting used to the buttons (and to be honest, forgetting the zipper was there…) I went out multiple times for more than an hour, and still felt totally warm and protected.

This is, admittedly, a personal quirk of mine, but one worth noting.

One nice thing about the N3B is that it has a ton of pockets.

But it’s also got multiple internal pockets where you can store things like your phone or other electronics to keep them safe from snow or freezing rain.

(Yep—that was another pun. [And nope—not sorry I went for it.])

As mentioned above, this style of parka owes its origins to WWII-era air crewmen, and Alpha Industries’ model plays heavily on its military origins.

The original N3 parka was introduced in 1945, the year the war ended.

More than a decade later, an updated version, the N3-B, was issued “for aircrew members in extremely cold environments.”

The hallmarks of the N3-B were its ¾ length, outer layer of nylon twill, insulated wool layer and nylon cloth.

The hood was fur-trimmed, presumably with real fur, though Alpha Industries’ version of the N3-B uses faux fur.

So if you’re an animal lover (or would just prefer not to catch hell from PETA), you’re fine.

Both the original army-issued N3-B parka and Alpha Industries’ updated model are known as “snorkel parkas.”

No, they won’t help you breathe under water (and—I can’t possibly stress this enough—please don’t try).

The name comes from the fact that when you zip the top zipper all the way up and put the hood up, only a small opening (the “snorkel”) is left for looking out.

If the coat had been invented in 2005 instead of 1945, it probably would have been known as “the Kenny.”

To be honest I’m not sure which one’s better…

Of course, one of the absolute best things about the Alpha Industries N3-B is the price tag.

While a comparable Canada Goose parka can cost more than $1,000, Alpha Industries’ version is available for a lot less:

On their own website, Alpha lists them for less than $300.

It’s hard to find a good top coat or pea coat for that price, never mind something as well made, durable and (of course) good looking as this one.

It really is a hell of a bargain, and almost certainly the best N3B parka you’ll find for this price.

While I love the fit, style and overall shape of the coat, if I do have a complaint, it’s with the slight sheen that the coat gives off.

True to its Air Force origins, the outer shell of the coat is made from what Alpha Industries calls “flight nylon.”

And in most colors that the coat comes in, this isn’t a problem.

(My friend has N3B in dark blue and it looks great.)

But in the lighter green color that I opted it for, the sheen makes the coat look a little cheap.

Based on what I’ve seen from other coats online, the problem is most pronounced in the green color that I opted for.

If you pick one up in a dark color like black or blue, you should be totally fine.

This is only a minus depending on your perspective.

I find that when I use the string button loops to do up the coat (as opposed to the full length zipper), they cinch up so tightly that they can be difficult to get off.

In one sense this is a good thing:

After all, I’m wearing this coat when it’s freezing cold out, so I want it to be sealed up about as tightly as possible.

But it’s a bit of a pain when I get home and want to take the coat off.

I know it sounds nit-picky (and it is), but undoing the looped buttons takes a lot longer than just unzipping it.

Why don’t I just use the zipper all the time then, you ask? Because I’m both stubborn, and a creature of habit.

Neither of which are really complaints about this coat, but both of which I thought I would flag just in case you share my hardheaded tendencies.

Can the Alpha Industries N3B Slim-Fit Parka help you Look Sharp and Stand Out?

The short answer is: definitely.

The slim fit and military styling look great (despite the sheen of the green model I opted for) and I’ve received multiple compliments on it.

More importantly, Alpha Industries’ version of the N3B is a true parka: it’s warm as hell and tough enough to handle the very worse that a Toronto winter has to offer, which is about as much as anyone can reasonably ask.

If you like the look (and want the warmth) of a parka, but don’t want to drop a grand on a Canada Goose coat, the Alpha Industries N3B is a terrific option.

The N-3B Slim Fit Parka is a stylish, affordable and warm-as-hell option for guys who don’t want to drop a grand on something from Moose Knuckles or Canada Goose. 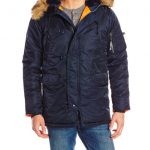 Alpha Industries’ version of the N3B is a true parka: it’s warm as hell and tough enough to handle the very worse that a Toronto winter has to offer, which is about as much as anyone can reasonably ask from a parka.