This post is an excerpt from Stop Doubting, Start Dating: The Shy Guy’s Guide To Building Confidence, Meeting Women, and (Finally!) Getting the Girl. 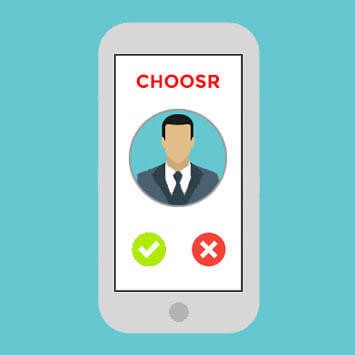 It probably won’t surprise you to learn that when it comes to online dating, that age-old-adage proves true: a picture is worth at least a thousand words.

According to OkCupid, which is not only one of the world’s most popular online dating websites but also one of its largest repositories for online dating data, the photos you choose are the single most important factor in predicting your online dating success.

“No matter how much time you spend polishing your profile, honing your IM banter, and perfecting your message introductions, it’s your picture that matters most,” they wrote in a blog post. 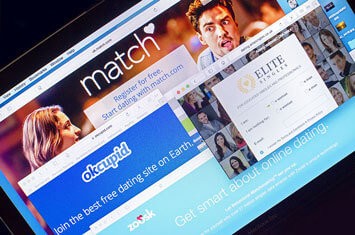 I can understand how, at first, this might sound discouraging to guys who don’t think of themselves as traditionally handsome or attractive.

But the good news is that even if you look more like Chris Pratt during his Parks and Rec days than his more chiseled Guardians of the Galaxy incarnation, there are a number of things you can do to work with what you’ve got.

When it comes to dating profile pictures for guys, you can put your best face forward and make potential partners want to learn more about you by avoiding some common mistakes and following a simple set of best practices.

And since all dating sites and apps use pictures to some degree, the best part is that these tactics work whether you’re using free apps like Tinder and OkCupid or paid sites like Match.com or eHarmony.

In this post I’ll outline what those best practices are, and explain how you can create attractive and effective dating profile pictures.

How to Take a Good Profile Picture

5 Easy & Effective Ways to Get Awesome Profile Pictures for Guys

1. Make sure you’re alone in your headshot 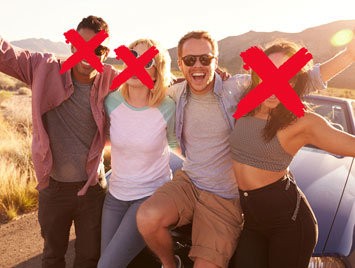 When they first start learning how to take a good profile picture guys are often shocked to find that the first step is to simply use shots that make it easy for your potential match to know which face belongs to you.

Sometimes the most flattering photo you have of yourself is a particular shot of you with your friends, so you naturally choose to lead with what you think is your strongest shot.

But while it’s always smart to choose photos that make you look good, it’s not as effective if the person looking at the photo can’t tell which one is you.

To avoid this problem, you always want to make sure that your headshot is a solo shot.

In some cases, you may be able to crop a larger group pic so it only includes your face, but chances are good that you’ll lose too much resolution in the process, and the photo will look pixelated or blurry.

Instead, try to find one (or take a new one) in which your face clearly fills the frame. Oh, but if you’re taking it yourself, remember…

2. Too many selfies make you seem self-obsessed

In this day and age, it’s pretty much a given that everyone is going to have some selfies—our phones are literally built so that we can take them.

But just because you can take copious shots of yourself doesn’t mean you should.

When a girl sees that a guy’s profile is primarily made up of selfies, she doesn’t think, “Wow, that guy looks really great at arm’s length.” She thinks, “What, he doesn’t have any other photos? Doesn’t he go out or have any friends?”

If you feel like you just have to include a selfie because it perfectly captures your best angle and expresses exactly what you want your face to say, then sure, go for it.

But make sure to also include a few shots of you hanging with friends, or out doing something in the world, to show her that you’re interests extend beyond your own face.

3. Looking away from the camera helps, especially if… 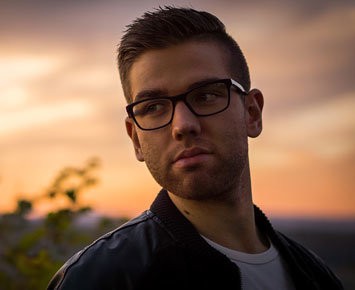 Other research released by OkCupid suggests that women are attracted to photos of men who don’t stare directly into the lens.

“Men’s photos are most effective when they look away from the camera,” OkCupid notes, before adding an important caveat, “and don’t smile.”

It’s not clear why, exactly, women respond to photos of guys who look away from the camera while not smiling, but the data clearly show that those who hold back on the grin meet double the amount of women, per attempt, than those who smile.

4. Keep your shirt on. Unless…

This has become one of the most hotly contested questions of male online dating photos: should you or shouldn’t you pop that shirt off?

The answer probably depends on what you’ve got underneath.

“Contrary to everything you read about profile pictures, if you’re a guy with a nice body, it’s actually better to take off your shirt than to leave it on,” OkCupid explains.

The dating site admits that their data is slightly skewed in this regard, because the vast majority of guys who do take their shirts off in online dating profiles are those who have great abs or an otherwise admirable physique.

So it your stomach is more of a beer gut than a six pack, it’s not clear whether or not showing it off would help.

Even if it doesn’t lead to immediate gains in the dating department, it’ll certainly help you feel both a healthier and more confident man.

5. No one cares about your [email protected]¢&ing car!

Look, guys, I get it: a car is an expensive purchase, one you often have to save up to afford, and it’s perfectly natural to want to show it off.

But put yourself in the shoes of the women looking at your profile and ask, “What kind of message am I sending?” Even if you think of your car as an accomplishment you achieved through disciplined saving and a lot of rigorous research, she’s likely to think you’re just materialistic.

As one woman wrote on the forum for Plenty of Fish, another popular dating site, “It’s a huge turnoff for me. I don’t want to date someone whose car/motorbike/boat is so important to them that they need to post a photo of it on a dating site.”

If your car is really your passion and you just can’t resist adding a shot of it to your profile, at least try writing something witty to explain why it’s so important to you.

Something along the lines of, “Yes, I have a car photo in my profile, but no, I’m not a douchebag—no, seriously! Message me to find out for yourself” should do the trick nicely. 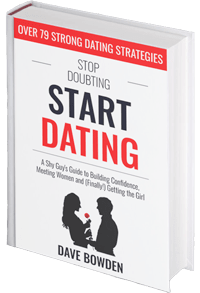 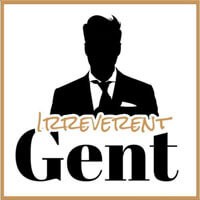