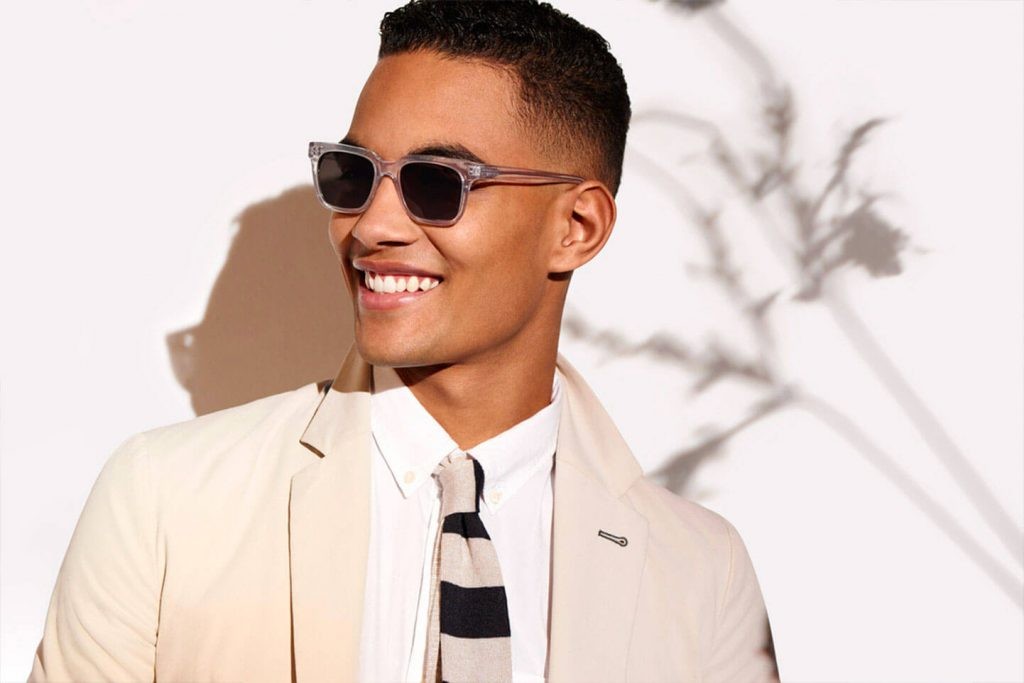 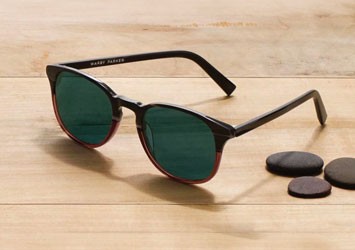 For my money (and at this point I’ve given them quite a bit of it), Warby Parker makes some of the most stylish sunglasses on the market.

The online retailer made a huge splash in the sunglasses industry when it launched in 2010, and it’s been so successful that it even made the rare leap from online-only retailer to brick-and-mortar stores.

As a brand, Warby Parker gets a lot of things right (including the price point), but arguably the biggest factor in their success is their wide selection of styles that are as well crafted as they are unique.

And “selection” is the operative word. In addition to being one-of-a-kind, well-made and modern, Warby Parker’s offerings are myriad—which can make it time-consuming to sift through their many options and suss out which frames will make you look sharp.

Below I’ve rounded up their 11 most handsome, stylish options, and shared a few thoughts about what makes each pair one of Warby Parker’s best. 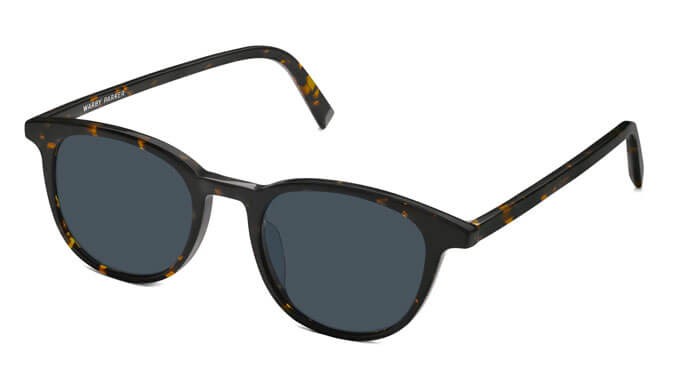 At this point, the Durands are one of Warby Parker’s flagship models, and it’s easy to see why.

The lens shape is somewhere in between square and round, which makes it timeless, and the thin arms and nose bridge give the frames a sophisticated and streamlined cool.

What I like about the Durands is how classic they are.

They look just as sharp now as they did when they launched almost a decade ago, and you get the sense that no matter what the trends of the day, these frames will always look dapper. 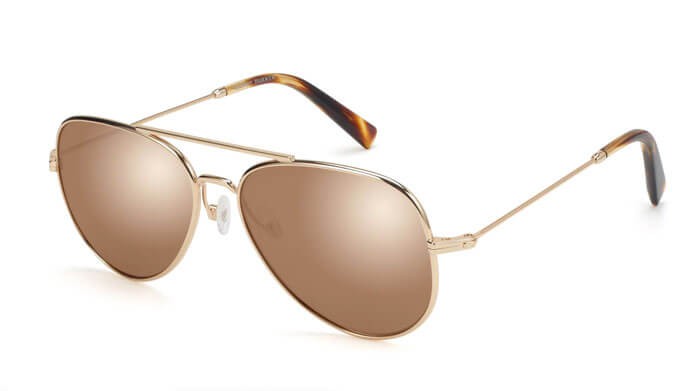 Warby’s take on the steadfast aviator is simultaneously classic and modern.

The lens shape evokes the same timeless design that makes aviators one of the all-time most classic sunglasses for men.

And yet, these don’t look like anything Maverick would wear.

Both color options feature tortoiseshell temple tips, a departure from the traditional black or clear/see-through that we’re accustomed to.

I like to say that the handsome devil is in the details, and this is a perfect example of a small departure from the norm that helps the Raiders stand out.

The Ames obviously draws its inspiration from the classic Ray-Ban Clubmaster, but adds a new twist that makes these frames feel a little rebellious.

In this case, it’s hip to be square:

The Ames lenses are more rectangular than the classic Clubmaster.

In my humble opinion, that makes them feel even more authoritative and bad-ass than the originals, which have been favored by historic bad-asses like Malcom X, Pharrell Williams and Connor McGregor. 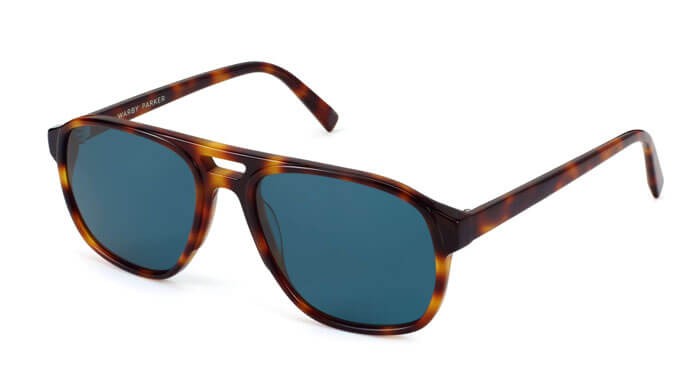 Warby Parker describes the Hatcher as a riff on an aviator shape that subs in acetate for traditional metal frames.

But for my money, Hatcher more closely resembles another famous pair of frames: the Carrera Champions made famous by Paul Newman in his prime.

Regardless of what they remind you of, Hatcher’s oversize frame and sturdy design are indisputably masculine, making them one of Warby’s best options for guys. 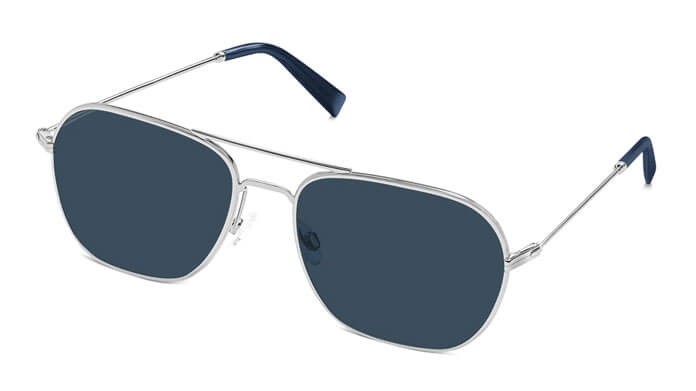 Don’t let the fact that they share a name with Grandpa Simpson fool you: with gun metal frames and vintage blue lenses, Warby’s take on classic square aviators is as cool as sunglasses come.

Unlike other models, which are available in multiple color combos, at the time of writing the Abe is only available in polished silver with blue lenses—and in this case, the lack of options are a feature, not a bug.

The silver-on-blue color scheme is perfect for frames of these size, and give the Abes a cool, no-nonsense feel that evokes the (significantly more expensive) Tom Ford aviators that Daniel Craig rocked in Quantum of Solace. 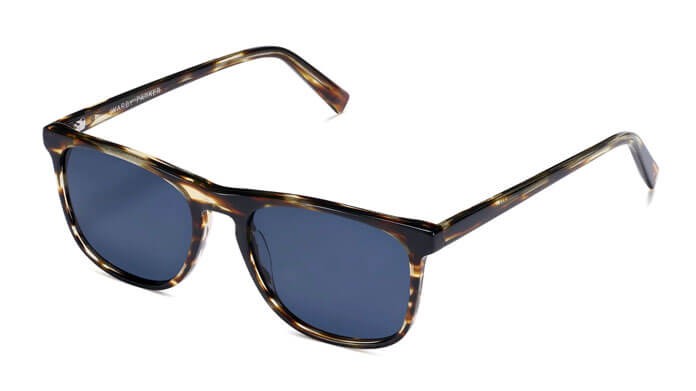 In my post about the most classic sunglass styles for men I flagged the Madox as being Warby Parker’s take on Ray-Ban’s (crazy popular) New Wayfarers, and it’s not hard to see why.

The square lens shape with rounded off edges is practically identical to the New Wayfarer, giving the Madox the same classic timelessness.

But the thinner arms give them a modern spin that help them (and you) stand out from the New Wayfarer-wearing masses. 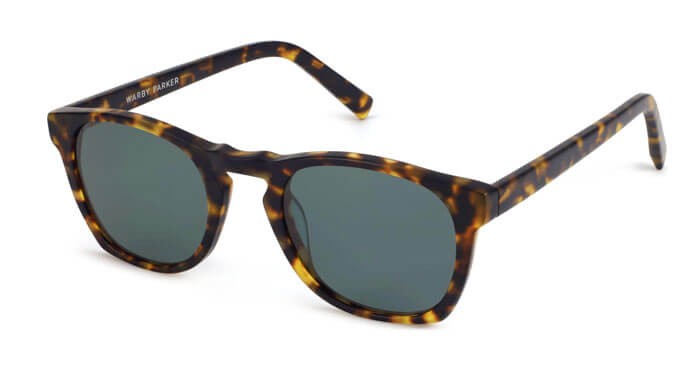 The Topper model is kind of like the Durand on steroids.

It takes similar elements – the square-round hybrid lens shape with thin nose bridge and arms – but dials them up to 11 by adding an extra feature that really helps these frames stand out.

The keyhole nose bridge, which evokes the style of the Persol 714s made famous by certified bad-ass and venerable style icon Steve McQueen. 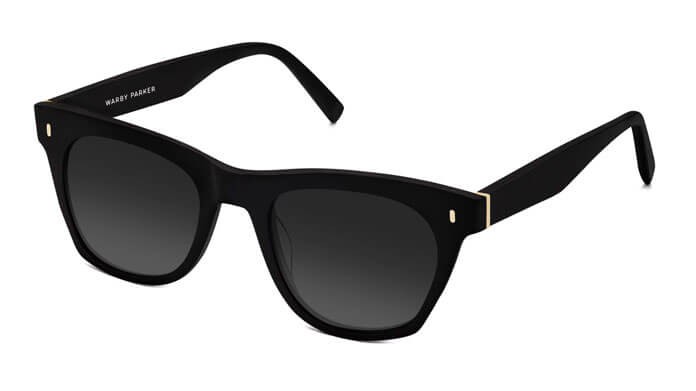 If you’re looking for glasses that will look good anywhere, at any time, with any clothes and on any face shape, look no further.

The Hunt obviously draws its inspiration from the classic, original design of the Ray Ban Wayfarer.

But once again we see Warby adding a  touch of modern flare to a timeless and vintage model.

The vertical rivets (those little gold lines in the corner of the frames near the hinge) run perpendicular to Ray Bans’s iconic horizontal rivets, helping the Hunt stand out.

The same cream color is used at the end of the arms, creating a nice hit of contrast that helps further establish that these ain’t your grand dad’s Wayfarers. 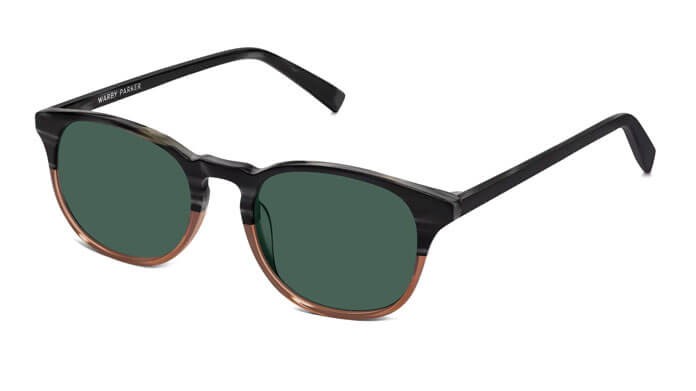 The Downing combines the perennial sleekness of the Durand with the keyhole nose bridge of the Topper, resulting in what’s probably my single favourite pair of Warby Parkers.

What I love about the Downing is how the design is relatively simple, and yet unmistakably sleek and refined.

The keyhole nose bridge helps these frames stand out and clearly indicates that the wearer isn’t interested in wearing the same cookie-cutter frames as everyone else.

But the streamlined design of the rest of the frames also suggest that he doesn’t need his sunglasses to make a statement—he lets the rest of his style do that for him. 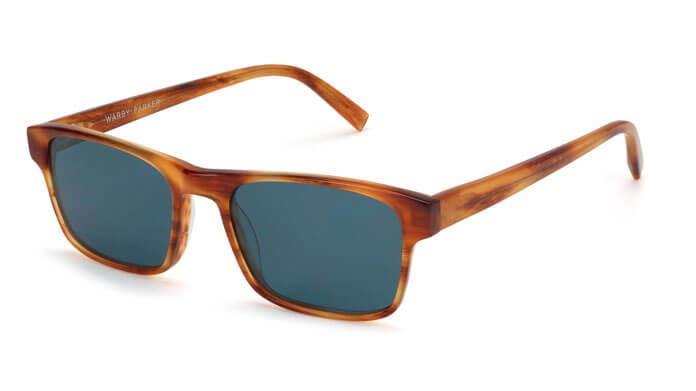 What I like about the Perkins is that they’re no-nonsense without being no-style. This is a great pair for guys who are just making the transition from practical to stylish sunglasses.

A lot of guys make the mistake of wearing shades that were specifically made for sports in decidedly non-athletic settings, which looks… well, there’s no point in pulling any punches:

It looks pretty stupid, which is why Hollywood stylists often use the look on characters who are meant to look ridiculous.

If you’ve traditionally worn sports shades in the past and are looking for something that will help you transition to something more stylish without looking too out of place for you, these are a great option. 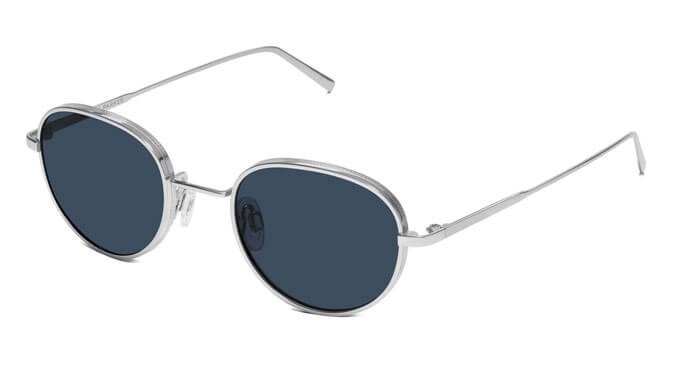 The Mercers are probably the most irreverent choice on this list. They use the same color scheme as the Abes, but instead of the all-business square aviator shape, which always reminds me of Don Draper’s iconic shades, the Mercer boasts rounded lenses that feel much more John Lennon than Jon Hamm.

Rounded lenses are admittedly not for everyone, but if you’re looking for something that’s a little less serious and a little more fun, you can’t do any better than the Mercer’s titanium frames and precision-welded construction that’s hand-finished in Japan.

A Wrap on Warby

While there are plenty of brands out there making affordable shades, what I like about Warby is how they keep their sunglasses pretty affordable without sacrificing style or construction.

Like so many sunglasses (and so many products in general), their shades are made in Asia, but don’t let the continent of their construction confuse you:

The brand is quite proud of the fact that their shades are well made and designed to hold up over time.

So if you’re looking for a modern, unique and well made pair of sunglasses, you could hardly do better than the frames listed above.

Of course, accessories like sunglasses are really only one piece of the menswear puzzle.