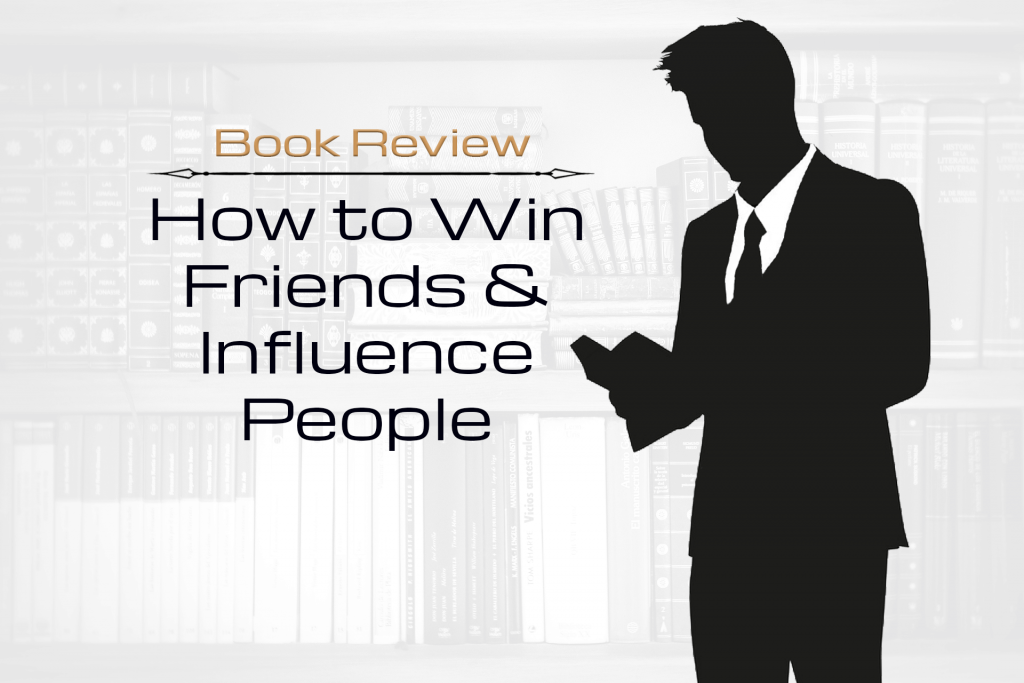 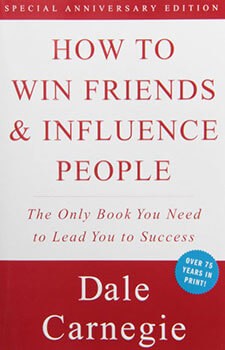 What’s in a name? In this case, pretty much everything. This is perhaps the most aptly titled self-help book of all time.

How to Win Friends & Influence People is about just that: turning strangers into friends. Or, at the very least, influencing them in a positive way.

In it, author Dale Carnegie lays out a series of techniques you can use to make people like you, win them to your way of thinking, change their minds (without arousing resentment) and much more.

With this book Carnegie essentially wrote an indispensable guide to people skills. The book offers 30 tips, tricks and lessons for interacting with people in a way that will endear you to them.

Carnegie first copyrighted his tome in 1936. While the book has received a few updates over the years to remove outdated references and replace outmoded language, the core of its lessons remain intact – and as relevant now as they were 80 years ago.

This timelessness is by far the book’s greatest strength. When you wash the tips and techniques Carnegie endorses against your own unique experiences, most of them continue to ring true.

Another great strength of the book is its unrelenting optimism.

Carnegie advocates focusing on the better angels of our nature both in ourselves and in the people we interact with, and see this positivity and generosity reflected over and over again in the principles he espouses.

In the second chapter he implores us to “show respect for the other person’s opinions.” The very next chapter is entitled, “If you’re wrong, admit it.”

Later he reminds us, “Talk about your own mistakes before criticizing the other person.”

I could go on.

Carnegie’s inherent message is that we can choose to be our best selves, and to show other people respect by assuming that they choose the same.

The result is a book that’s both informative and inspirational.

This is not a book about psychology that offers theories on human behavior. This is more like a step-by-step manual for becoming well liked.

Carnegie himself was not an academic. Instead, he wrote the book from the perspective of a salesman who learned how to deal with people the hard way: through trial and error.

Any good salesman understands that you’re not just selling a product: you’re selling yourself. And because sales scenarios have a built-in feedback system – you either make the sale or you don’t – Carnegie was able to learn exactly what worked and what didn’t.

He approaches the material with these hard-won lessons in mind, and provides you with the best strategies he developed for selling your most valuable product: yourself.

While the book has been updated over the years, much of Carnegie’s original text remains, and the result can feel… well, pretty dated.

For instance, in one chapter he doles out some excellent advice – if you want to encourage someone to do better work, you should praise them and give them a fine reputation to live up to.

While this is both a positive and effective tip for dealing with people, the chapter where it’s found is unfortunately titled, “Give a Dog a Good Name.”

The implication – that people are not unlike dogs, who will behave as trained – is pejorative and took me aback at first. This is probably the worst example of this kind of thing, but others do pop up here in there.

While I found almost all of Carnegie’s suggestions to be positive and reflect the way I myself would want to be treated, I found some of the language a bit distracting and unfortunate.

Just as the language could stand to be updated, so could some of the references.

While it’s always great to learn about some of history’s great masters – Abraham Lincoln and Andrew Carnegie are both referenced – for a modern man living in an age of iPhones and self-driving cars, the messages might resonate more if they referenced the world as it is today.

Since Carnegie’s tips and techniques really do stand the test of time, finding modern day anecdotes that reflect the same principles probably wouldn’t be all that hard.

Don’t get me wrong – the book is still immensely valuable to the modern man. But it would be even better if it felt a little more of the time.

Can this book help you build self-confidence?

Anyone who has struggled to improve their people skills will get a lot out of this book.

I remember reading it for the first time with my jaw open. It had never even occurred to me that there might be strategies that would make talking to people easier and more likely to yield positive results.

This was the first book that made me realize that people skills are just that skills. They can be learned, practiced and honed.

Merely realizing this was revelation enough – and that was before I had even tried any of the techniques themselves.

After reading the book and cautiously implementing a few of the easier techniques in my professional and social life, I immediately started to feel more confident.

I went from feeling like social skills were some ineffable gift that I just wasn’t born with to feeling like I was a student rapidly progressing through a class called People Skills 101, and getting more confident after each lesson.

Talking to other people became a lot easier – and even more pleasurable – than I had thought.

The book makes a bold claim on its very first page: “The more you get out of this book, the more you’ll get out of life.”

I can honestly say that this has proven true for me.

And if you want to feel more confident when speaking to other people, I think it can do a lot for you, too.

Pick up a copy and decide for yourself!

2 thoughts on “Book Review: How to Win Friends & Influence People”