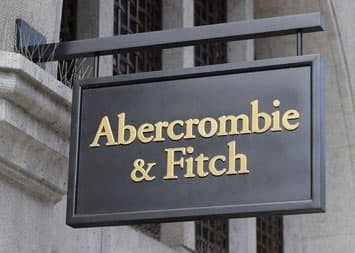 It isn’t hard to understand why shoppers looking for trendy, stylish and affordable clothes would want to find some other stores like Abercrombie & Fitch.

For years now A&F has been a staple of malls across the United States thanks to their tried-and-true casual wear and (relatively) affordable prices.

But while Abercrombie is always a safe bet, it’s hardly the most original or exciting.

Plus, their pricing falls squarely in the category of good-not-great:

It’s right in the middle of the pack when compared to other popular brands, but the quality isn’t always as high as you’d expect for the price point.

Thankfully, it isn’t hard to find a whole host of stylish Abercrombie alternatives that offer a wider selection of both styles and prices.

In this post I’ve rounded up dozens of other stores like Abercrombie & Fitch where you can find modern and affordable clothes. 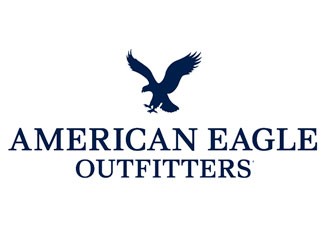 Arguably the closest of all the Abercrombie & Fitch competitors, American Eagle specializes in affordable, casual pieces that are in line with the latest trends.

It’s similar to Abercrombie in that they tend to splash their logo on a lot of their clothes, which isn’t great for those of us who don’t want our bodies to be billboards.

But it differs slightly from A&F in that it caters to a younger demographic, so their styles are usually a little hipper and on-trend. 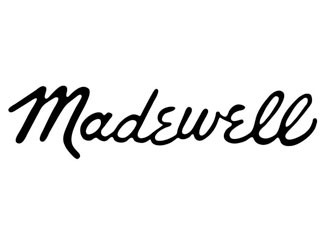 Owned by J. Crew, Madewell is kind of like their younger and trendier little brother.

Its core focus is denim and the casual clothing that go with it, so Madewell is a great option for those who usually buy their jeans at stores like Abercrombie and Hollister, and are looking for an upgrade.

Mott & Bow specializes in making stylish and elevated basics without the elevated (and often inflated) prices that usually come with them.

They carry great jeans that are stylish, form-fitting and available in multiple cuts, in addition to other staple items like sweaters, tees, underwear and more. 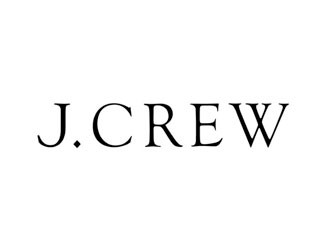 And speaking of J.Crew…

Their flagship store is a higher-end brand (though they’ve had a bit of financial trouble in recent years, filing for bankruptcy in 2020).

But it makes a great Abercrombie alternative for anyone who feels like their outgrown A&F and wants to cultivate a more mature personal style.

In addition to the kind of casual staples offered by brands like Abercrombie, J Crew also carries everything from shoes and boots to formalwear, so it’s a great one-stop shop for anyone looking for a wardrobe upgrade. 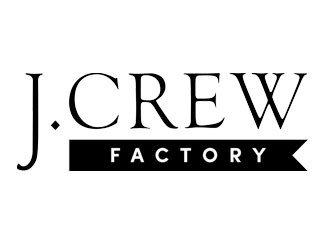 J.Crew Factory is another one of J.Crew’s offshoot brands.

The Factory stores offer a smaller selection of styles than the flagship store, but significantly better prices.

With both a lower base price and frequent sales, J.Crew Factory is a good store if you’re looking for some more grown up and sophisticated styles, but don’t want to pay much more than you would at stores like Abercrombie and American Eagle. 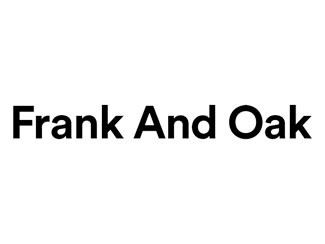 Beloved for their high quality staple pieces, Frank And Oak makes clothes that nicely skirt the line between trendy and timeless.

Their price point is a little higher than Abercrombie’s, but both the styles and the quality tend to be a step up. 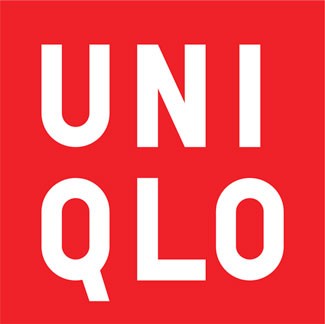 In addition to being stylish and affordable, Uniqlo’s clothes are highly functional and often made with performance fabrics that move with your body.

Their style tends to be pretty timeless, so if you put a little effort into caring for your clothes, they can last you a pretty long time. 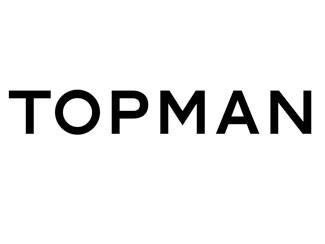 Along with its sister store, Topshop, Topman is a fast fashion retailer that sells super on-point and trendy clothes that are very now.

Based on the U.K., it’s a good alternative to Abercrombie for those who want a look that’s more international, rather than the All American style you get from stores like Hollister and Abercrombie. 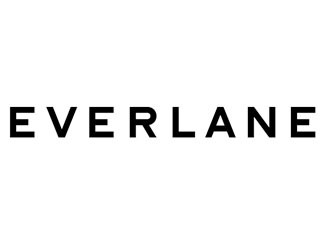 Everlane puts ethics front and center, which for some might be reason enough to shop there.

They exclusively source their clothes from ethical factories to ensure everyone involved in the creation of the garment is treated fairly.

And in addition to good ethics, they have some great aesthetics, offering stylish pieces that will make you look as good as you’ll feel. 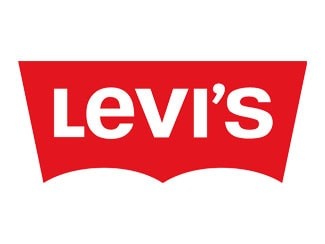 A classic All American brand, Levi’s is a great place to turn for high-quality denim that’s always on-point and in style.

But they’re definitely not limited to denim:

Nowadays they carry a wide selection of casual staples that includes tees, sweaters, outerwear and more. 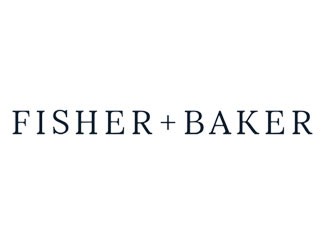 Menswear brand Fisher + Baker sells a range of core wardrobe pieces that are both classic and functional.

Their offering is a little more limited than some of the other retailers on this list, but both they have some great styles and great prices, both of which make them worth checking out. 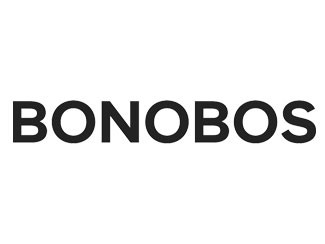 When it comes to stylish and well made menswear at an affordable price, Bonobos is easily one of my personal preferences.

They specialize in modern updates of classic styles somehow feel both timeless and of the moment at the same time. 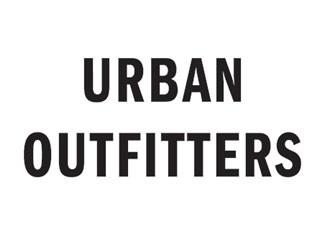 Stores like Hollister and Abercrombie cater to the same age range as Urban Outfitters, but their clothes are a lot more basic.

Urban Outfitters, on the other hand, is a great place to the latest fashion and modern styles, most of which convey a more plugged in and fashion-forward vibe than Abercrombie’s pieces. 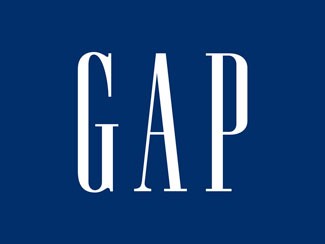 A staple of malls and shopping centers across North America, the Gap is one of the most quintessential American clothing stores.

In addition to being a close competitor of the main Abercrombie store, they also have the Gap Kids brand, which is a great alternative to Abercrombie Kids for children’s clothing and baby clothes.

Another great thing about Gap (and the other stores they own, listed below) is that they run frequent sales, so it’s pretty easy to score a good deal. 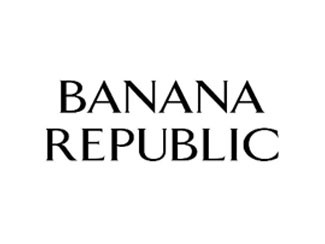 Owned by the same parent company as The Gap, Banana is kind of like the more grown up and professional version of brands like Abercrombie or Gap.

They specialize in both business attire and smart casual, so it’s a good place to turn if you want to step up your casual game without spending too much money. 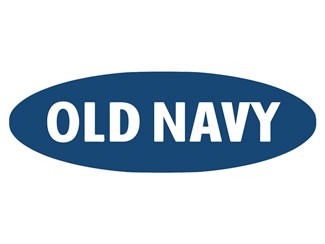 Sticking with stores owned by the Gap parent company, Old Navy is kind of the kid brother of the bunch.

Their styles are a little more basic and tend to skew toward a younger demo (we even included them on our list of the best teen retailers for tweens and young adults).

But fortunately their target age isn’t the only thing that’s lower, as they also offer better prices, making them a cheap alternative to stores like Abercrombie and Hollister. 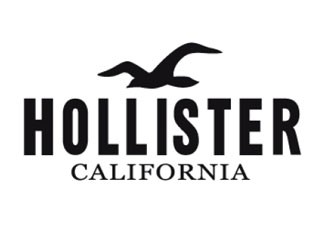 We’ve already mentioned it a few times on this list, but Hollister deserves its own spot.

It’s actually owned by Abercrombie, and has a similar relationship to the flagship Abercrombie & Fitch brand that Old Navy has to The Gap:

It’s got a similar aesthetic and focus on California lifestyle clothing, but skews younger and takes a few more influences from street style and other modern trends. 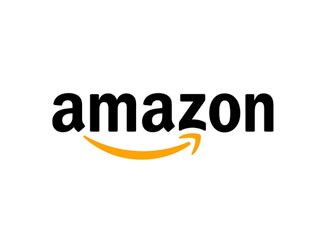 You don’t necessarily think of department stores like Amazon as being similar to clothing stores like Abercrombie and other fashion retailers.

But you probably should.

The online shopping giant offers a huge selection of both men’s and women’s clothing from a wide range of brands, including their own stylish and affordable brands, Goodthreads and Amazon Essentials. 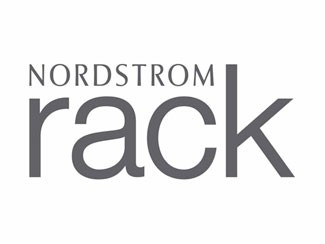 Nordstrom Rack is the discount version of the flagship Nordstrom store, and offers good deals on a lot of the same big-name brands found there.

In addition to lower base prices, both their official site and their real life locations tend to run annual sales and other promotions.

So it’s a good place to score some clothes that are higher quality than what you’ll find at stores like Abercrombie for comparable (or even better) prices. 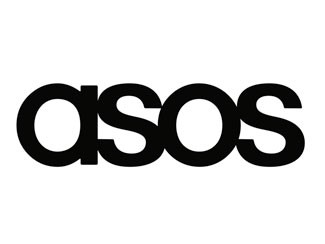 Unlike a lot of other stores like Abercrombie, most of which you can find in your local mall, Asos is online-only.

But it’s a great place to turn for a wide range of hip, modern clothes that are in line with current trends.

In addition to clothing, they also offer a pretty wide selection of accessories, including everything from shoes and underwear to beauty products and sunglasses. 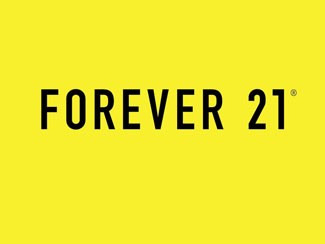 Forever 21 is still a go-to for the latest styles, despite falling on some hard economic times recently, like many other members of the retail fashion world.

(As Business Insider reported, they filed for bankruptcy last year, but are still in business.)

A favorite among students and the young-at-heart, it’s a particularly good for those who want to stock up for back to school season and have a few fresh styles to show off when they go back to class. 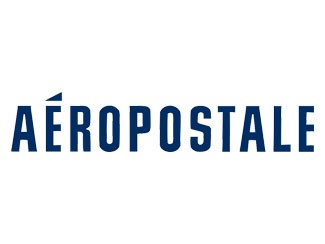 Another close competitor of Abercrombie (and similar stores like American Eagle and Hollister), Aeropostale offers casual staples with a modern spin.

Their demographic skews a little bit younger than the flagship Abercrombie store, but they’re another good place to keep in mind for fresh and on trend pieces of both boys and girls clothes. 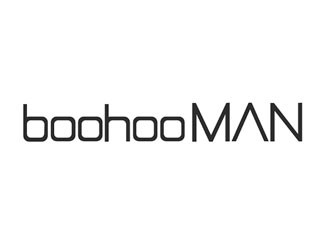 boohooMAN and its sister store boohoo are two of the most fashion-forward stores on this list, where you’ll find good quality clothes in bold patterns and fresh styles.

It’s definitely a departure from the tried-and-true classics that Abercrombie tends to specialize in, but that’s part of the appeal:

It’s the perfect place to turn if you don’t have a ton of disposable income and want something in the same price range as Abercrombie, but not the same old styles you’ll find everywhere else. 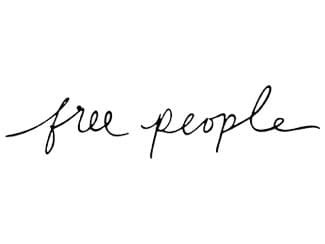 A women’s clothing stores that offers everything from underwear and intimates to skirts and dresses, Free People is really more of an alternative to Gilly Hicks, which is also owned by Abercrombie.

One nice thing about Free People is that they offer free shipping on all orders over 100 dollars, and even better deals if you’re willing to give them your email address and sign up for their list.