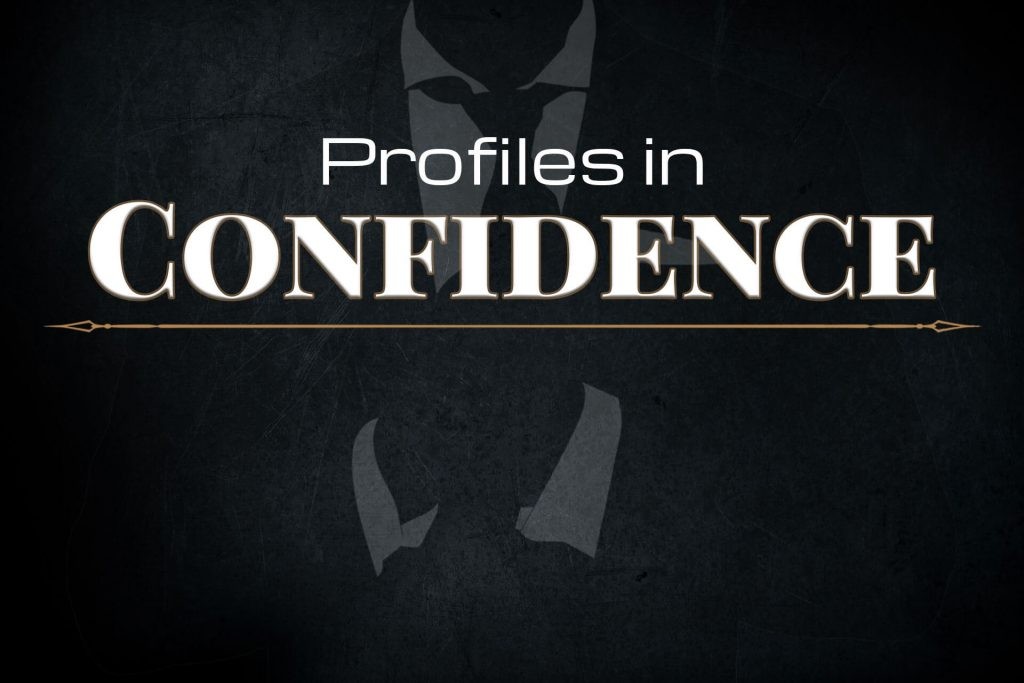 In the Profiles in Confidence series I interview writers, bloggers and other guys who have generously agreed to share their stories, struggles, secrets and tips about using self-improvement to build self-confidence.

The series is designed to let you learn from their struggles, and provide a reminder that you’re not the only guy out there working to improve himself — far from it, actually.

Next up is blogger Brock McGoff, founder of The Modest Man, a style blog designed to help short men dress well and become more confident.

Brock quite generously recorded his answers to my interview questions (thanks again, Brock!), so you can use the player below to hear the audio, or keep reading for the full transcript.

Founder of The Modest Man

On a scale of 1 to 10 – 1 being extremely low self-esteem and 10 being a Tony Robbins-level of confidence and self-worth – how would you rate your self-confidence right now?

I think on average, it’s about a seven-and-a-half.

The thing is, it fluctuates daily, weekly, (even) hourly sometimes. I think that’s probably true with everybody to an extent.

But you know, sometimes depending on circumstances, and just mood, I feel more confident or feel like I have a higher self-worth than other times. But I think on average it’s probably about a seven-and-a-half because in general you know I do feel pretty confident and I think I have a pretty positive sense of self.

But there’s definitely room for improvement; I’m only 31, so I think to give myself anymore than a seven-and-a-half right now probably wouldn’t be accurate. When I look back, hopefully, when I’m 40 and 50 and 60, I’ll feel even better and more confident than I do now.

On the same scale of 1 to 10, what would you say your lowest number was? Where and when did your self-confidence bottom out?

Well, I think in high school, especially early high school, was probably a low point in terms of confidence for me – I’d say that was somewhere maybe around a three.

I changed schools when I went to high school, it was that point when everybody was hitting their growth spurts and I didn’t.

And you know I wasn’t playing sports and the athletics were pretty competitive.

I was playing music and doing other things that helped me feel confident and feel valuable, but in general I think I was pretty down on myself then.

I wasn’t great socially, I hadn’t yet discovered a passion for style and business, and so I didn’t really have – I didn’t give myself – a lot of reasons to feel confident back then.

So I’d say that was probably a low point for me.

How did you get from where you were then to where you are now? What was that journey like for you?

I think college has a kind of levelling effect with people. I think people kind of level out in college, it’s a bigger ecosystem usually, and people are generally more tolerant and maybe even a little nicer in college than they are in high school.

Especially after college, in my early- to mid-20s, I started giving myself reasons to be confident – because you can’t just feel more confident. I think that’s one of those fallacies that you hear all the time, especially on the internet, when people are looking for advice and other people are telling them just to “be” more confident.

I see this all the time with guys who are shorter in stature, and they’re looking for dating advice. And a lot of people just tell them to “be more confident” because women like confidence. But the thing is, you can’t just “be more confident,” you have to give yourself a reason to feel confident, to trust yourself.

Confidence is trusting in someone’s abilities to get the job done. And if you don’t have any reasons to trust yourself, then why would you feel confident?

So I think in my 20s, that’s when I started to build these reasons into my life, in terms of skills, income, dating, social skills. I started taking martial arts, I started working on my own business.

I started to give myself reasons to feel confident and gradually, throughout my 20s – especially my late 20s – I started to feel more confident. All of these activities, all of this personal development, started to pay off.

I think you and I might share a hurdle when it comes to self-confidence, which is a less-than-ideal amount of height. Am I right in thinking this might have been one of your biggest hurdles? What other pitfalls or fears did you face?

Yeah, I think that being a man of modest stature, if you will, is inherently something that’s going to make self-confidence a little tough.

The funny thing is this isn’t a universal truth. I mean there are plenty of shorter guys out there who don’t even seem to realize that they’re short, they’re just kind of over-filled with confidence all the time, it’s just how they’re born, and that’s great.

But there are also a lot of shorter guys who, for them, their height is a huge source of insecurity. I think for me that was more the case when I was younger, and then as I got older I realized that height doesn’t really matter.

It’s something that’s totally outside of your control, so even if it does matter a little bit in terms of how other people perceive you, it’s not worth focusing on because you can’t change it.

So I think that the sooner you can spend less time focusing on your height – or anything else you can’t control, for that matter – and spend more time and energy, shift that time and energy, to focus on things that you can control, like your health, your career, your social skills, your emotional intelligence and your relationships, the sooner you’re going to start to feel more confident regardless of your height or any other so-called “limitations.”

Even the way, for example that you worded the question: “a less-than-ideal amount of height.” That’s hardwired into us. We see taller as better. And I don’t know if that’s some sort of evolutionary thing that we’re never going to be able to get rid of.

So yeah, I think it is worth trying to change people’s perceptions of shorter men.

In terms of other pitfalls and fears, I mean, everybody’s got something. No one’s perfect. Most of us aren’t built like a male model and have an IQ of 150. Everybody’s got things that are going to be a source of insecurity.

I’d say for me height was the biggest thing. Also looking young. When I entered my first jobs out of college I just looked really young, so it was kind of hard to be taken seriously, and I definitely felt that.

But again, I’m all about the things that you can control, and dressing well I think is one of the best ways to combat looking young or feeling small.

How did you work to overcome these pitfalls and insecurities? What do you continue to do to beat back your fears and overcome obstacles?

I probably already kind of addressed this, but I think it’s just adding to your skill set, to your reasons to be more confident and feel better about yourself.

For me specifically, there were a couple things. One of them was the way I dressed and the way I present myself. I started putting a lot of energy – and by energy I mean time and money – into my appearance, and really learning the nuances and the details about how clothes should fit, what type of clothes I should wear, what looks good on me, what’s appropriate for various occasions.

And dressing well kind of transformed me. I used to dress like a total slob, I didn’t care at all. Transforming my style has been one of the biggest shifts in my life in terms of how I see myself and how other people see me.

The other thing I started doing, and another specific thing you can do, is I started doing martial arts – for me it was Brazilian Jiu Jitsu. I always wanted to take karate as a kid and I never did, but I think taking some sort of class – and it can be fitness in general, but I think specifically martial arts – it’ll give you confidence knowing how to use your body and knowing how to defend yourself.

There’s also just the visceral satisfaction that comes with tapping out a bigger opponent. If you ever had insecurities about your size, that will help you overcome those insecurities.

So for me it was dressing well and learning how to fight.

If you could go back and make the journey again, what would you do differently?

I would start earlier. I was a late bloomer, physically and mentally.

I think that for a lot of my early years, like elementary and middle school, I was just a very shy person. I was confident, but I was shy.

And in high school, my confidence took a big hit and I was so shy, and I wasn’t really yet focusing on trying to improve myself.

Even in college, I started becoming a little more confident, but I wasted a lot of time. I made good friends and I had a good time, but I wasn’t really focused yet and I wasn’t mature enough to realize that my time is so valuable and I have to spend it wisely.

For me that means building my business, keeping myself healthy, focusing on the relationships and the people that are close to me, and trying to help people in general.

So the one thing that I wish was that I had realized the importance of those things earlier in life. I would say that if you’re in high school or you’re in college, start now.

What advice would you give to someone who’s just starting out and wants to get from a low level of self-confidence to a high one?

Well like I said, you can’t just change it. It’s not in your head. You have to take action and then the emotion will follow.

You can’t will yourself to be more confident. It’s not a game of mental gymnastics. You have to do things – change your behavior and change your actions – and then the confidence is just a byproduct of that.

Would you like to be featured for Profiles in Confidence or suggest someone I should interview next? Email me at [email protected].

2 thoughts on “Controlling What You Can & Giving Yourself a Reason to Feel Confident, with Brock McGoff of The Modest Man”