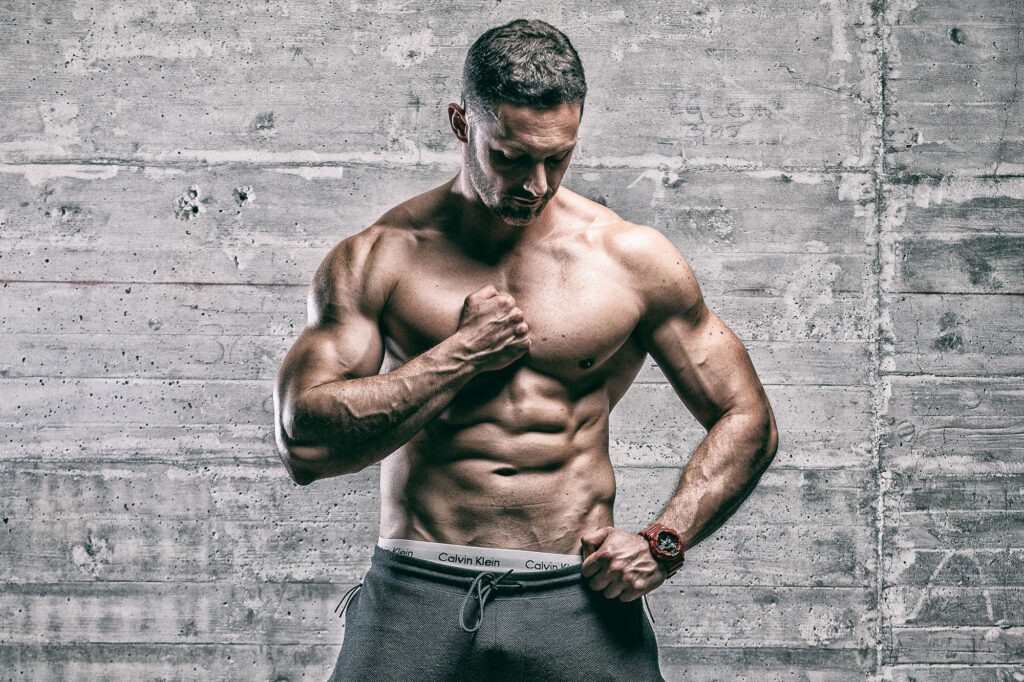 Have you ever seen the leading actors in superhero movies and thought to yourself, “I wish I could look like that?”

Do you ever feel frustrated because no matter what you do, it feels like you just can’t manage to add muscle to your frame?

Have you ever seen those guys at bars or clubs whose biceps bulge out from beneath their shirts and wondered how you can compete with them?

I know I certainly did.

Growing up as a nerdy, scrawny, superhero-loving kid with thick, Coke-bottle glasses, I was basically a walking stereotype – some kind of cross between TV’s Doug Funnie, and Toby Maguire’s Peter Parker (pre-radioactive spider bite, of course).

At some point in my teens – and then extending throughout my early 20s – my scrawniness started to become a problem, as I became all too aware of how thin, weak and physically insignificant I felt.

When I got to college I saw the way girls looked at guys with bulging biceps, and realized no woman had ever looked that way at me.

I wanted to look and feel like the strong, fit leading men I saw in movies, but it felt like no matter what I did, I just couldn’t manage to build muscle and improve my physical presence.

It was a frustrating, dismaying and at times almost crippling feeling that led to a lot of insecurity.

Resolving to Get Ripped 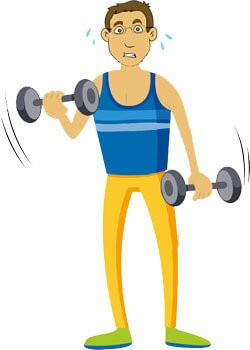 After one too many nights spent envying muscular guys and watching girls swoon over them, I finally realized that I couldn’t blame my lack of body confidence on anyone else.

And I couldn’t expect anyone else to change it, either.

If I was ever going to escape my insecurity and build the muscular body I wanted, I’d have to get off the couch and do it myself.

That’s when I got serious about fitness and health.

I threw myself into it full bore and consumed fitness magazines and blogs like they were candy, gobbling up any and every piece of workout advice I could get my hands on.

I started hitting the gym frequently, waking up early, going late at night, and doing whatever I had to do in order to fit my workouts in.

I even turned my interest in learning about fitness into a career, and spent years as the managing editor of not one, but two, fitness-and-health magazines.

And I immediately started packing on muscle, getting ripped, and quickly built the body of a Greek god.

That last part, of course, was total bullshit.

I did commit myself to learning about fitness and muscle-building, but I quickly discovered that for skinny guys like me, it sure as hell isn’t easy to pack on pounds.

Don’t Miss Out on Mass

Enter your email address below to follow in the footsteps of thousands of other guys who have learned how to add muscle mass to their frames.

Realizing What It Takes 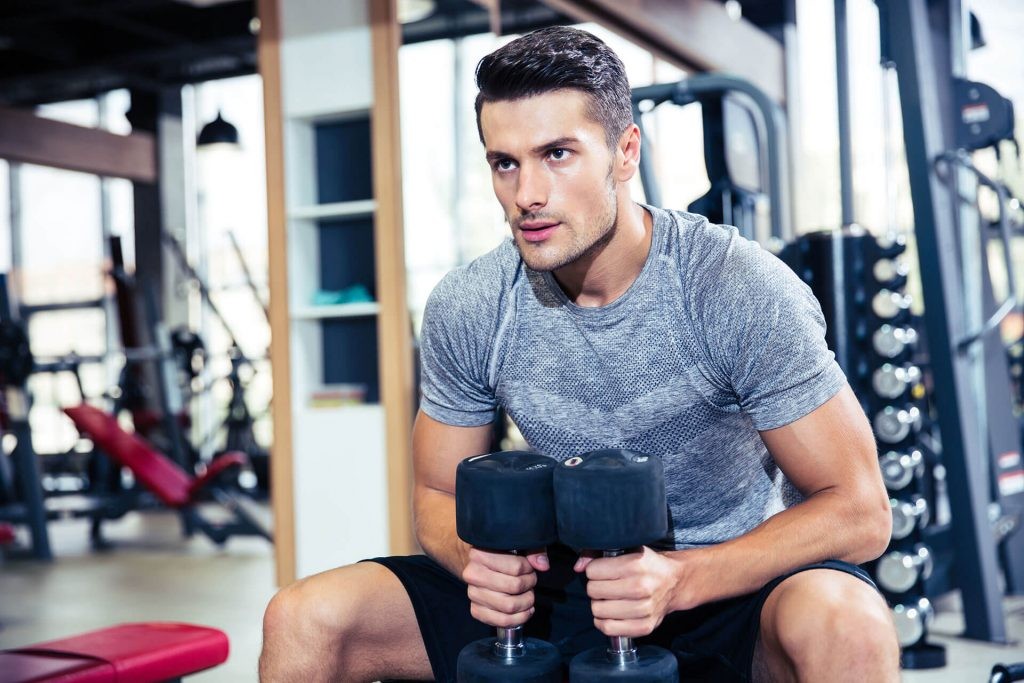 Fortunately, in addition to being scrawny, I was also steadfast – and totally committed to building muscle.

It took me more than a few years, a lot of trial and error, thousands of dollars spent on supplements and nutrition products, and a deep dive into topics like exercise physiology and nutrition.

But eventually I figured out how skinny guys can build muscle.

And what I learned along the way was surprising.

Sure, working out is important, but for skinny guys with rapid metabolisms, the truth is that packing on lean muscle has more to do with what you eat than what you lift.

And once I figured out how to fuel my training properly, I realized that if it can work for my (formerly) scrawny ass, it can work for anyone—and I’m anxious to share it.

That’s why I’ve distilled what I learned about packing on pounds into a free email series that will help you build more muscle.

Enter your email address below and I’ll send you the proven method I used to add 40 pounds of lean muscle to my frame. 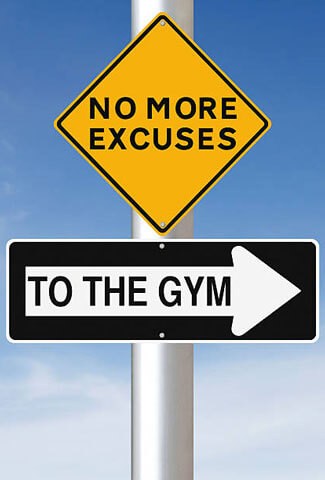 Looking back on it now with the benefit of hindsight, it’s funny to think about how so many things that I saw as obstacles were actually just weak-ass excuses.

At first I’d find a muscle-building workout routine in fitness or bodybuilding magazines and do one or two of its workouts a week, then get frustrated when the results didn’t magically follow.

Of course, eventually I had to admit to myself that it wasn’t the program that was flawed, it was me.

I wasn’t actually committing to it, instead only doing about half of the work they recommended each week.

Then, once I started hitting the gym more frequently, I’d get frustrated to find that after a week of hard workouts, I had actually lost a pound or two.

So I’d try to comfort myself with the notion that my body type “just wasn’t right” for muscle-building.

But in retrospect I was either over-training, under-eating, or both. Either way I was definitely failing to fuel my muscles properly.

And then there was the money. I spent hundreds (and over the years, thousands) of dollars on supplements, but most of the time I only made gains that were marginal at best.

Turns out I wasn’t actually taking the right supplements, and instead just wasting money on whatever the ads in fitness magazines wanted to sell me.

But once I discovered which ones are legit and which ones to avoid, I finally stopped paying through the roof and started adding pounds.

Stop Holding Yourself Back Imagine how good it would feel to step on the scale four, six, or eight weeks from now and realize you’ve finally managed to add real muscle to your frame.

Think about what you’d look like a year from now if you spent the next 365 days doing the right things and building up the muscle groups you most want to grow.

Picture yourself having the sort of strong, fit, confident body that turns heads.

Then imagine how good it would feel if you were the one with the bulging biceps.

Building that kind of body isn’t just a matter of wishful thinking. It’s not a pipe dream or some distant fantasy.

It’s the natural outcome of following a proven strategy for muscle building, developed by a guy who’s been there before and figured it out.

The Results of a Proven Process

When I first started working out at the age of 19, my friends thought it was… nice.

You know, like, “It’s always nice to have a hobby.” That kind of nice.

And I can hardly blame them for not expecting much to come of my newfound passion.

I had a rapid metabolism back then, and I was still making a ton of mistakes, so the results didn’t come overnight.

But more than a decade later, after I slowly but surely built nearly 40 pounds of lean muscle, the reaction I get now is completely different.

“I wish I had your discipline,” one of my best friends from university tells me.

Little does he know that it’s less about discipline and more about doing a series of small things as effectively as possible.

“You must be so careful about what you eat” my colleague at the fitness magazine said to me once.

Actually, I barely think about it anymore—I’ve made fuelling my fitness a regular part of my lifestyle.

“What are you, on steroids?” an old friend from high school jokingly asked, after going a few years without seeing me.

Nope, never touch ‘em. But I have to admit — I was kind of thrilled that he thought I might be!

How Skinny Guys Can Build Muscle

I’ve distilled everything I’ve learned about muscle-building into an email series designed to keep you from wasting your time and money on the path to muscle.

This isn’t the same rote advice you hear from men’s magazines and personal trainers — either you already know all of that, or you can find it easily through Google.

Instead, these are the tips, tricks, lessons and insights I didn’t find during my decade of research, trial and error, that I wish someone had told me.

In this series you’ll learn:

Enter your email address below to sign up, and decide for yourself whether you think what worked for me can work for you too: 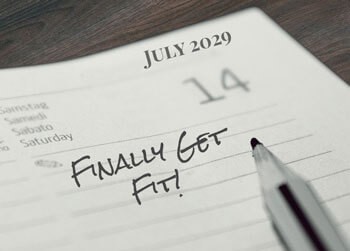 I have very few regrets about my passion for fitness and health.

(In fact, one of the best things about this passion is what a positive impact it has on your life.)

But I have to admit, I wish I could have figured out how to build muscle sooner.

I spent the majority of my 20s oscillating between feeling proud of my progress, slow though it was, and frustrated that I couldn’t accelerate it.

While I eventually figured out the right muscle-building formula, I’d be lying if I said I never stop to lament all the time and money I wasted.

How much fitter, healthier and happier would I be today if I had built the body I wanted five, six or seven years ago?

Don’t make the same mistake I did. Leverage the lessons I’ve learned to start building muscle now, not weeks, months or years from now.

No more excuses. No more delay. Don’t put your muscle off for one more minute.

2 thoughts on “How Skinny Guys Can Build Muscle”