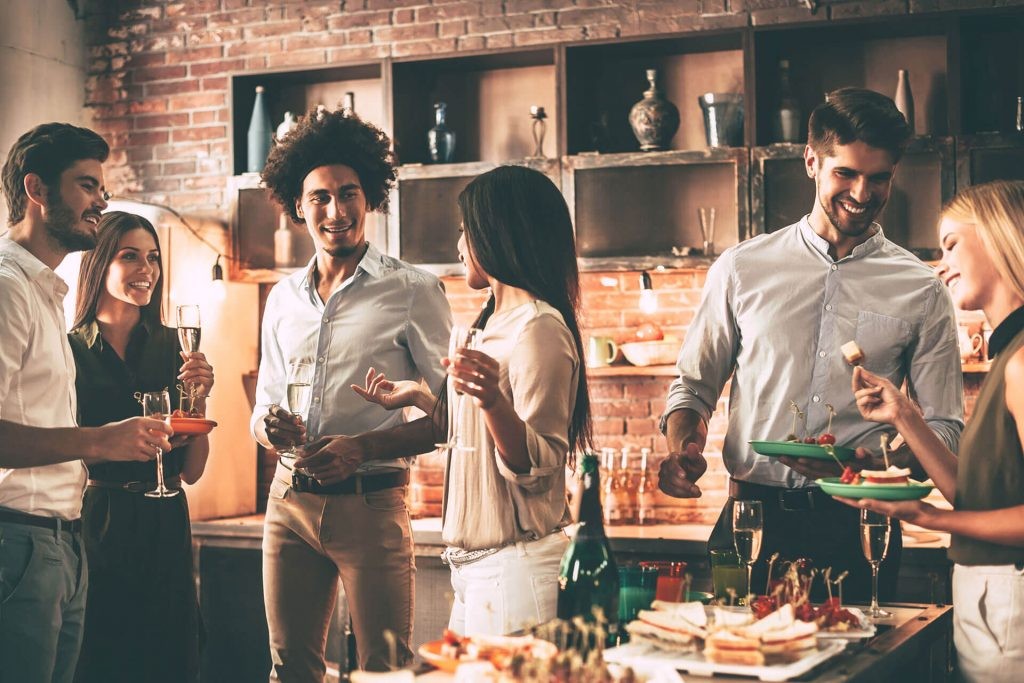 Contemplative and introspective people like myself often analyze – by which I of course mean over-analyze – the hell out of every situation, and none more so than those that involve interacting with other people.

While I wouldn’t trade my tendency to reason and ask discerning questions for the world, I have to admit that when it comes to socializing, sometimes I wish I could skip the endless analysis and Just. Get. The Damn. Answers.

And it seems like you guys not only feel the same way, but have a lot of the same questions.

In this post I’ll answer a few of the more common ones that pop up in my Twitter feed and inbox.

The Most Common Questions on Socializing—Answered

How can I speak more clearly and confidently? 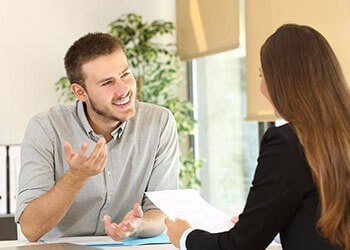 This one is common among contemplative men, who don’t lack for vocabulary, but still struggle to articulate themselves as convincingly as they’d like.

Fortunately, there’s an easy trick you can use to speak with more authority: slow your speech down.

Think about the way people speak when they’re nervous: they rush through what they’re saying, often tripping over their words; it’s like their mouth is on a mission to keep up with their minds and their hearts, both of which are clearly racing.

But the connection between your mouth and your mind goes both ways: by consciously slowing down your speech, you can calm your mind and speak more articulately.

People who speak slowly give the impression that they choose their words carefully and are seen as more authoritative. And for evidence, look no further than arguably the greatest speaker of the 21st century, Barack Obama.

Regardless of your politics, no one can deny that Obama gives a soaring speech better than any politician of the modern era. Go watch a few of his clips on YouTube and take careful note of his cadence. 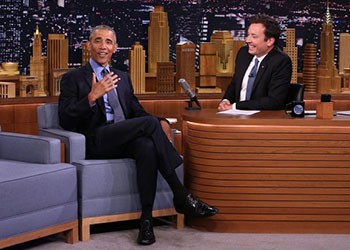 Far from rushing through his sentences, Obama takes almost agonizingly long pauses, letting each of his points sink in before moving on to the next one. It’s one of the reasons so many of his speeches resonated so strongly with people.

He does the same thing in normal conversation. Take a look at any of his interviews; for the most practical help, check out the ones he did with comedians like Jimmy Fallon, Jon Stewart or Ellen.

While his pauses aren’t quite as long – it would seem kind of weird in a casual conversation – you’ll notice that they’re still there.

The result is the impression of someone who’s calm, cool, collected and intelligent.

In other words, exactly the sort of person people listen to.

How do I meet some new, like-minded people?

Ironically, one of the best ways to meet like-minded human beings in real life is to stay at home and use your computer – at least at first. There are a ton of websites and apps designed to connect people who have common interests.

The best and most obvious example is Meetup.com, a website designed to connect people who are interested in, well, just about anything, and who happen to be in a given geographical area. Just go to the site, punch in your location and start finding people interested in the same hobbies, movies, TV shows, etc., that you’re into.

Another good option is reddit. The subreddit r/meetup/ functions in much the same way as Meetup.com: people who have a specific interest or idea put up a listing to see if anyone nearby wants to meet in real life to discuss or participate. Just search for your hometown and see if there are any listings near you.

Dating Apps
(I know, but hear me out)

A less conventional, but potentially quite effective, way to meet new people for platonic relationships is to use a dating site like eHarmony or Match.com.

This might sound weird – after all, those things were explicitly designed for non-platonic relationships – but pause for a second to put yourself in women’s shoes.

If you create an online dating profile on a free site like OkCupid or Tinder and make it very clear upfront that you’re looking for friendship first, you’ll immediately stand out from the aggressively horned-up crowd.

Plus, returning to the female shoes for a moment, a lot of women actually have the same mindset. Unlike the majority of men, whose online dating intentions are almost exclusively sexual, women are often looking for companionship as much – and in fact, probably more – than sexual encounters.

This means that when you create a profile saying you’re in the same boat, you’ll not only seem like that rare diamond in the rough who’s not a total horndog, but you’ll establish an instant connection with women who are likewise looking for friends.

Of course, the big caveat here is that you have to be sincere in your efforts. If you create a dating account only to find that you are, in fact, looking for sex first and friendship second then that’s totally fine, but you have to be honest and upfront about it.

Make Small Talk with Anyone

How do I join a conversation, or get into a group that’s already talking to each other?

Human beings are pack animals; we tend to cluster together, both for companionship and protection.

Breaking into a group conversation is intimidating because for at least a moment or two, there are going to be multiple sets of eyes on you – and the bigger the group, the scarier the prospect becomes.

But there is a way to both join the conversation and minimize the amount of time people spend looking at you. You just have to pick your spot well.

Before breaking into a group, you’ll want to assess the group dynamic. Are these lifelong friends reminiscing about old times that you weren’t a part of, or relative strangers making small talk?

If you get the sense that everyone in the group shares a common bond that you’re on the outside of, you probably don’t want to go barging in. But if the group’s made up of people who don’t know each other much better than they know you, then you’ll likely be more welcome.

How can you tell? Watch their body language. People who know each other well have a natural comfort together. They’re relaxed, easygoing and the conversation tends to flow easily and naturally, leaving few awkward pauses.

Strangers, or people who only know each other a little, are basically the exact opposite. They’re stiff, clearly self-conscious and (often) nervously bouncing from one conversation topic to the next.

If you overhear a conversation that sounds more stunted than natural, you’re in business.

When you hear a conversation dying, make your move. Be direct, smile and say simply, “Do you guys mind if I join you?” Yes, this will be the part that makes you most nervous – it’s the moment when all eyes in the group will be on you.

But this is where your sleuthing will prove beneficial. If the group was struggling to sustain conversation then the arrival of a new person will provide them some much needed relief; they’ll likely welcome you in with open arms.

Because their conversation was waning before you jumped in, you’ll have free reign to start it back up on the topic of your choice. To avoid stressing out over what to say, give it some thought before you jump into the convo.

Since you’ve already established that the group you’re joining is made up of relative strangers without much in common, it’s best to focus on the one thing you know they all share: the event you’re currently at.

If it’s a party you can ask how everyone knows the host. If it’s a professional conference you can ask if anyone’s been before or if it’s their first time. No matter where you are, you can always comment on the space you’re in – “This is a great apartment/conference center/office, isn’t it?” – or talk about the number of people present – “Wow, great turn out…”

When you choose a group whose conversation was struggling and give just a little forethought to how you can revive it, you’ll find that your presence is more welcome.

How can I end a conversation without seeming rude?

Not everyone struggles to start conversations, but we all know the feeling of being trapped in one we can’t get out of.

I have to confess that I’m one of the worst offenders here – getting out of conversations has just never been my strong suit.

In the past I frequently found myself at the whim of (apparently more zealous) conversation partners, desperately looking for a way to escape the dialogue without making them feel like their time or attention was unwanted – or squandering the time investment I just made in building rapport with them.

Fortunately, while I can’t claim to know much about ending conversations, my good friend Google does. So rather than take my word for it, I thought I’d provide a brief round up of some of the internet’s best advice.

Adopting the “leave ’em wanting more” philosophy, Wikihow suggests bringing up something positive or complementary as a way to ease yourself out of the conversation. “You can thank the speaker for his or her time, dropping the hint that you now need to exit the conversation,” they write.

Art of Manliness: Bring Another Person into the Fold

But bear in mind that this one comes with a caveat, as Brett explains: “You should only employ this method if you genuinely think the two would mutually enjoy the connection. You don’t want to pawn an insanely boring, or simply insane person on someone else just so you can wriggle away.”

Ask for a Business Card

If you happen to be at a professional event, you can ask for a business card to indicate that you have to leave the conversation, but you’d like to continue the relationship, writes Jacqueline Whitmore in Entrepreneur. “If your conversation has reached a plateau or you’d like to network with others in the room, ask the rambler for his business card. Alternatively, you could offer your card.”

Learn How to Talk to Them

4 thoughts on “Answering The 4 Most Common Questions About Socializing”