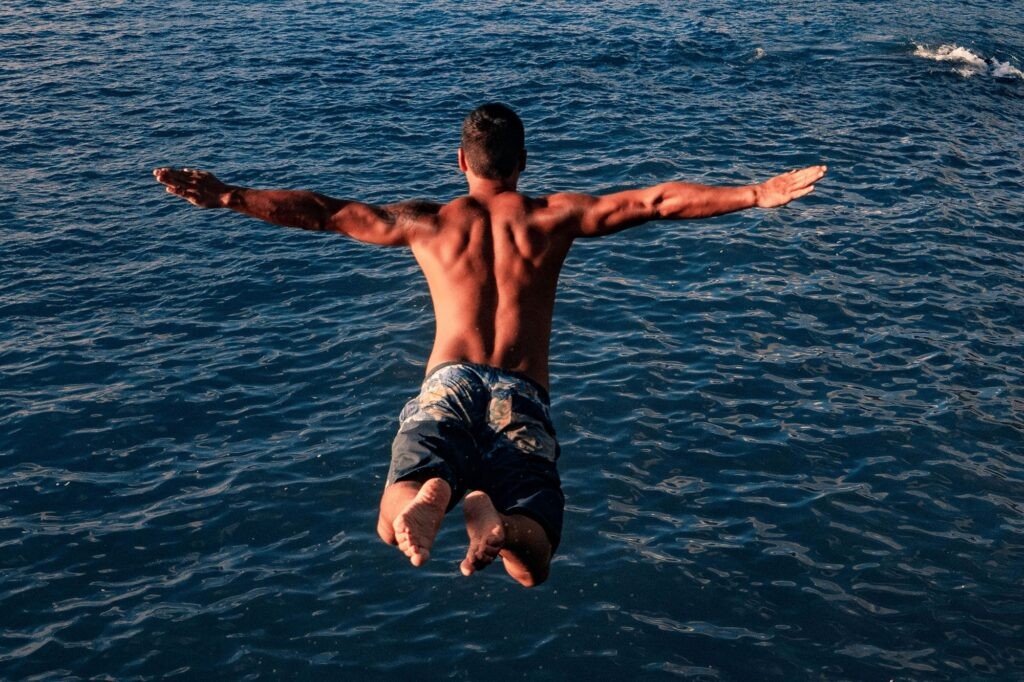 It doesn’t take a rocket scientist (or a psychologist, for that matter) to understand why a person might want to increase their levels of willpower and determination:

No matter how you define success, willpower is the key to achieving your goals.

Whether you want to lose weight, build a business, become more social or achieve any of a thousand other possible goals, willpower, determination and grit are the keys to getting it done.

But if mustering more willpower were easy, we’d all be millionaire entrepreneurs or Olympic level athletes.

In this post I’ll show you how to improve your willpower by first understanding what type of willpower you need to develop, then providing some simple but effective willpower exercises that will help you become more disciplined and determined.

How to Improve Your Willpower

The 3 Types of Willpower 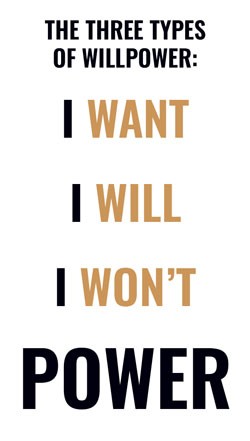 My wife Michelle and I have been on a fitness kick lately.

For the past three weeks we’ve worked out at least four days a week (Michelle’s gone more like five or six), and we’ve been eating extremely cleanly.

We’re generally pretty healthy so this hasn’t represented a tectonic shift in our lifestyle, but going the extra mile to make sure we’re eating really well has felt incredible.

Getting back to a regular pace for my workout routine has given me more energy, increased my productivity, helped me sleep better, and provided all sorts of other unseen benefits.

In fact, stepping up my health game has been pretty, well (knock on wood) easy.

Alright fine, so maybe “easy” is a bit of an exaggeration, but it’s certainly been a lot easier than the last health-improving challenge I gave myself: giving up alcohol. 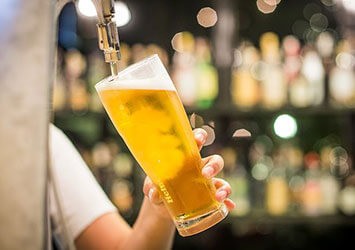 See, I love indulging in a good, hoppy IPA or a fine glass of wine.

I spent the past summer barbecuing on the patio and washing my grilled fare down with a glass of one or the other (or occasionally both).

And while it’s undoubtedly a delicious way to spend an evening, I also recognize that it’s not the most helpful for my self-improvement efforts.

For the most part I enjoyed my libations in moderation, but every once in awhile I’d have one more beer than I probably needed—and I’d feel the effects of that choice the next morning.

Instead of getting up early to hit the gym I’d sleep in, ruining my morning routine and leaving me a lot less likely to achieve my goals that day.

To try and counteract this problem, Michelle and I told ourselves that after a summer of indulging, we were going to do a Sober September:

After Labor Day, we would drink no booze whatsoever until October, when we would reward ourselves for our self-imposed prohibition.

I think we lasted until about September 7th.

The dichotomy between how easy it’s been for me to go full-tilt into a health and fitness program, and how difficult it is for me to go dry for a month, has been a stark reminder of the distinction between three different types of willpower.

These are what health psychologist Kelly McGonigal, author of The Willpower Instinct, calls “I want” “I will” and “I won’t” power.

“I want” power is what we need in order to achieve our long-term goals and aspirations. It’s what allows us to stay focused on who we want to be and what we’ll have to achieve in order to get there.

To stick with health and fitness, for example, before I can motivate myself to skip dessert or get off my ass and go to the gym, I have to get clear on why those things are important to me:

I want to be a strong, fit, energetic man who’s confident and capable.

Working out and eating well, then, are simply the things I have to do in order to get what I want.

So, how do I get what I want? By using some combination of what McGonigal calls “I will” and “I won’t” power.

Willpower 2: “I Will” Power

My decision to get into the gym regularly and eat clean, healthy foods to fuel my training is a classic example of “I will” power. I know that taking these actions will help me achieve the goal – what I want – so I resolve to do them. 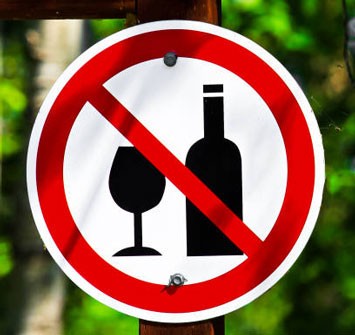 “I won’t” power, on the other hand, is the willpower required to resist doing something you want to do, but know you shouldn’t.

In my case, that was obvious: giving up alcohol for a month is a classic example of “I won’t” power.

It was a stark reminder that for me, taking positive action toward achieving my goals is relatively easy, but controlling my impulses enough to avoid actions that would set me back was actually quite difficult.

How to Increase Willpower

To find out whether your “I will” or “I wont” power is stronger, come up with a goal – your “I want” – that’s relatively small, but something you still need some will power to achieve.

Maybe it’s to lose five pounds, or learn more about a certain subject, or any other goal you’ve been meaning to get around to but just haven’t devoted much effort toward.

Maybe it’s “I will go to the gym five times this week,” or “I will only eat salads for lunch,” or maybe “I will walk for at least half an hour everyday this week.”

Whatever it is, write down your goal at the start of the week to entrench it in your mind.

Then, at the end of the week, revisit your goal and see how you did. How close did you come to executing the actions you said you were going to execute? Write down what you’ve achieved.

The next week, switch your focus and try to achieve your goal using “I won’t” power. Write down “In order to lose five pounds, I won’t…” and then fill in whatever actions you think you need to stop doing.

Maybe it’s “I won’t eat donuts in the morning” or “I won’t play video games this week” or “I won’t skip the gym when I’m feeling sluggish.”

Once again, write down your intentions at the start of the week and revisit them at the end.

Now compare the two weeks and see how you did. Which one felt like more of a struggle?

Did one seem easy when compared to the other? Take note of how you felt along the way and how motivated you were to perform or refrain from certain tasks.

In both cases, you had the same end in mind: taking actions that will lead to you losing five pounds.

But this exercise will help reveal whether it was easier to motivate yourself by focusing on what you will do or what you won’t do.

Play to Your Strengths 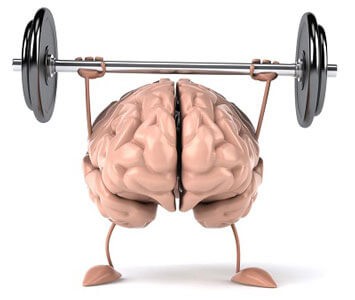 Everyone has a different mix of “I will” and “I won’t” power, and one is not necessarily better than the other.

The key is to understand which side of the ledger you tend to come down on, and then use that information to properly motivate yourself.

I definitely have an easier time with “I will” power than “I won’t” power, so when I want to achieve a goal I lay out the actions I need to take and get laser-focused on them.

Instead of fretting about what I need to stop doing, I find that when I focus intently on what I should do, I forget about almost everything else, so I just naturally tend to avoid actions that would set me back or counteract the positive steps I’ve taken.

For instance, during my recent health and fitness kick I’ve still enjoyed the occasional drink, but I’ve dialled my consumption way back.

So by focusing on the healthy actions I want to take I’ve also dramatically reduced how much I drink, but I’ve managed to do it without feeling like I’ve had to deny myself anything or make some big sacrifice.

You may be the opposite: you might derive great pride from resisting the things that you know will set you back, and will take positive actions simply as a function of avoiding the negative ones.

Figure out whether you have more “I will” or “I won’t” power, then learn how to play to your strengths, and achieving your goals becomes much easier—even if you do decide to tip back a pint now and then.

More Advice on How to Increase Willpower From Around the Web:

Banner image via Daniel Torobekov on Pexels (Thanks Daniel!)