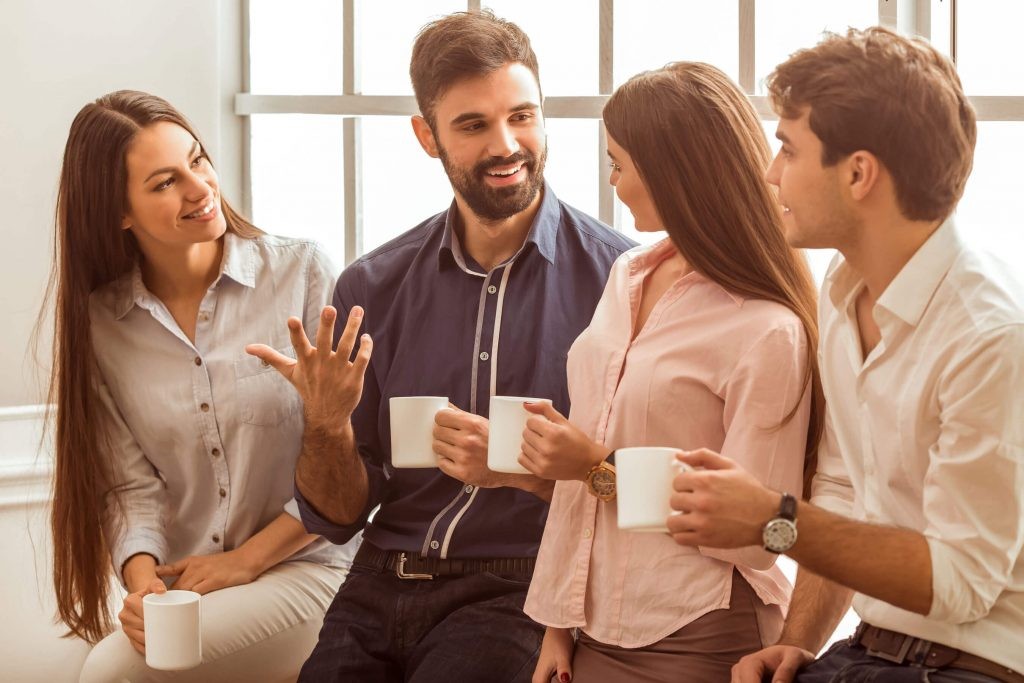 Have you ever been at a party, conference or any other social/professional setting where you were required – at least by social etiquette, if not any actual rules – to make conversation with complete strangers?

Do you know how it feels when your heart starts to race, your palms start to sweat and your mind goes a-mile-a-minute searching for something – anything! – to say?

Have you ever felt that pang of jealousy as you watch other, more conversationally comfortable guys, strike up conversations with the people you want to talk to?

Regrets? Yep. Relationships? Not so much. 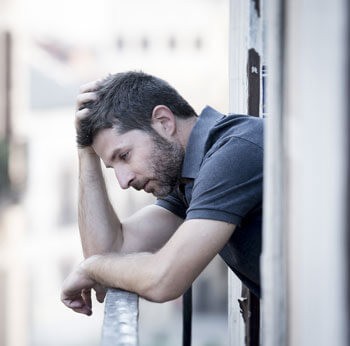 I know I certainly have.

Starting in university and continuing throughout my 20s, I spent a lot of time going to bars, clubs and parties in the hopes of meeting new people (alright fine, you got me—meeting new women) and striking up a conversation that could lead to a relationship.

Later, in my mid-20s and continuing into my 30s, I would find myself at professional conferences and industry events where I would also want to impress people, but this time there would be stakes for my career.

In both cases, I frequently found myself going home with regrets rather than relationships. I’d kick myself for not knowing how to start a conversation with a pretty girl I had my eye on, or what to say to that senior executive to make a memorable impression.

The net result of all this regret was a lot of insecurity about my people skills that made social events way more stressful than enjoyable. 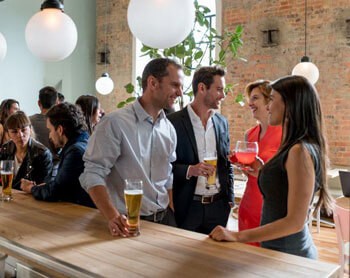 Then one day I asked myself a simple, but (as it turns out) pretty profound question: Why were those other guys I mentioned – the ones who were easily chatting up the people I wanted to talk to – so much better at small talk than me?

I knew it wasn’t because they were smarter than me (I was aware of my weaknesses, but as a proud nerd, knew a lack of intellect wasn’t one of them). And in most cases they weren’t any better looking or better spoken than me, either.

They were better, I finally concluded, only because they happened to have a skill set – some conversational tools – that I lacked.

But here’s the funny thing about skills: they can be learned. And if there’s one thing I knew I excelled at, it was learning. (Again, I cannot stress this enough: I’m a nerd!)

I threw myself full bore into learning how to make good small talk and improve my conversational, social and interpersonal skills. I invested hours upon hours (and hundreds of dollars) in books with titles like How to Talk to Anyone, How to Win Friends & Influence People, Goodbye to Shy, How to Work a Room and many more.

As a result of all my studying, I learned not just how to start conversations, but how to keep them going naturally, avoid awkward pauses, and even leave my conversation partners with a positive impression of me…

Discover a proven method for strengthening your small talk and social skills. Enter your name and email address below. While I figured it would be helpful to have an arsenal of tricks, hacks, tactics and conversational angles to fall back on, I have to admit that at fist I didn’t feel great about the whole idea.

I worried that if I relied too much on hacks, tricks or tactics, I’d come off as fake and insincere. Far from making a real connection with people, I feared that I’d actually alienate them and get called out for being a phony.

But a funny thing happened while I was busy learning, practicing and refining these myriad conversational hacks—I started to find that I didn’t really need them.

The more I spoke to people, the more comfortable I became while doing it. And while at first I would use the tactics I learned in books to help me get the ball rolling, it wasn’t long before I forgot all about them and found myself genuinely interested and engaged with the person I was speaking to, which made it easy to find the next thing to say.

It’s kind of like a guy who knows a bunch of holds in Brazilian Jiu Jitsu, or a bunch of strikes in Muay Thai: sure, he could use them to kick your ass. But more often than not, he resists the urge, because simply knowing that he could is enough to make him content and confident.

You Can Cultivate Confidence

Imagine standing outside the door of a party.

Inside you can hear music, laughing, people having a great time. But instead of getting nervous, and briefly entertaining the idea that you can turn around now before anyone knows you’re there, you instead feel confident, happy and even excited to get in there, because you know you’ve got the social skills to ingratiate yourself to all the fun people inside.

Now picture yourself at a professional networking event. In a large conference all are any number of movers and shakers who not only have great stories to tell, but can help advance your career. Imagine how good it would feel to know that you can strike up a conversation with any one of them, chat amiably for as long as you (and of course, they) want, then leave them thinking, “Wow, I really liked that guy.”

Or imagine that you’re at a bar, and you see a beautiful woman across the room. Far from getting intimidated and nervous, you feel confident and ready, because you know how to get the ball rolling enough to find out whether you two have anything in common.

None of these scenarios are pipe dreams or far-flung fantasies. They’re the natural result of learning conversational techniques and tactics that will make you feel more comfortable conversing with people, and help you project your newfound confidence to anyone you meet. 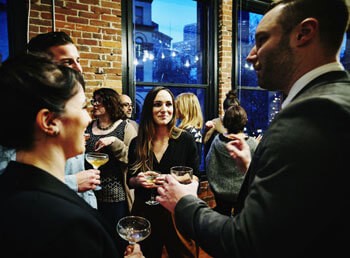 According to the Center for Creative Leadership, an organization devoted to helping CEOs and other leaders become their best selves, “The first step to building more effective relationships starts with being practical and assessing your own abilities.”

“Sure, some people will have an intrinsic ability to build, develop and maintain relationships,” they write, but those who don’t feel like socializing comes naturally can learn, practice and develop those skills.

Huffington Post columnist Evan Thompson puts it more bluntly: “If you feel you just don’t have that gift of natural connection, don’t worry. Great interpersonal skills can be learned.”

I found out they were right one day when I was at a party with some new friends from work. There I was chatting, meeting new people and even managing to tell a few jokes that induced more laughs than eye rolls when a familiar voice behind me said, “Dave?” When I turned around she said, “It is you. I barely recognized you!”

It was an old friend from my freshman year of university who I hadn’t seen in years. Even though my face didn’t look all that different, she said she didn’t register it was me at first because she didn’t remember me being “so chatty,” as she put it.

And she’s right, I wasn’t – not until I learned how to make small talk a strength.

How to Make Good Small Talk 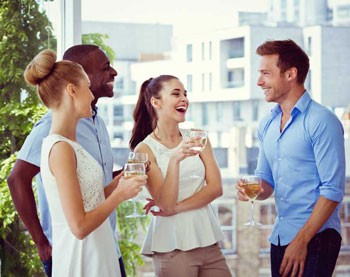 Don’t waste another week telling yourself you’re not a “natural” socializer.

In my free email series, I’ve distilled everything I learned from my deep-dive into conversational literature down to what I found to be the most practical and useful advice.

In this series you’ll learn how to:

My goal isn’t to explain the psychology underpinning human interaction (although that’s an interesting topic too); it’s to give you practical tools you can use to make great small talk and improve your social skills.

Take Control of Your Confidence — for Free!

Learn how to turn socializing into a strength. Sign up below to get the free email series sent straight to your inbox.

2 thoughts on “How to Make Great Small Talk”