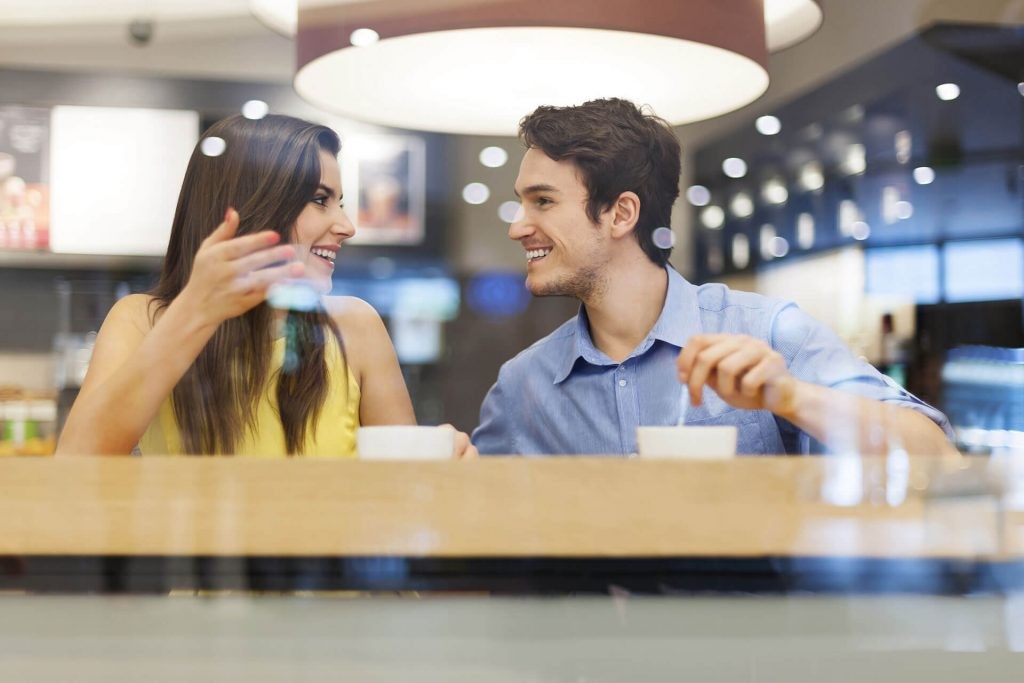 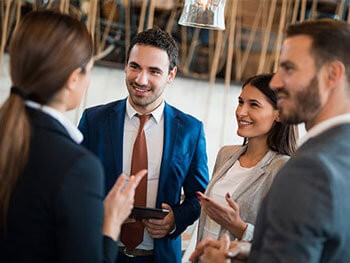 We’ve all had that feeling when you’re faced with the dilemma of coming up with a conversation topic.

If you’re anything like me, your body goes into panic mode when you find yourself in this situation: your pulse starts beating rapidly as your mind races for conversational topics.

The weather? No, too obvious. Politics? No, too taboo. Clothes? No, too personal… Dammit!

But this panic often prevents us from realizing what would be obvious, if we could manage to pull ourselves together long enough to realize it. There is, in fact, a simple, surefire way to start a conversation that will work with literally every person you’ll ever meet.

And yes, I know that sounds a little hyperbolic and exaggerated, but in my experience it’s absolutely true. I’ve never met a person – young or old, man or woman, friend or foe (though admittedly I don’t have that many foes… that I’m aware of) – who could resist this conversational technique.

So, what’s this magic formula for starting a conversation that no one can resist?

How to Start a Conversation:

(Told you it was simple.) 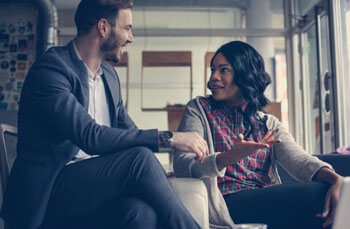 I first learned this lesson from Dale Carnegie’s famous book How to Win Friends & Influence People. When I first read it, my jaw hit the floor – and my palm hit my forehead, because I couldn’t believe I hadn’t thought of this sooner.

In Chapter 5, entitled “How to Interest People” Carnegie writes, “The royal road to a person’s heart is to talk about the thing he or she treasures most.”

Like so much of his advice, this sounds so simple and intuitive that it masks how ingenious it actually is.

When we’re in that moment of struggling to come up with a conversation topic and we feel our bodies involuntarily go into panic mode, we assume that because our minds are racing, our hearts are pulsating and our palms are sweating (at least, I know mine are), starting a conversation must be a task monumental enough to justify that kind of stress. 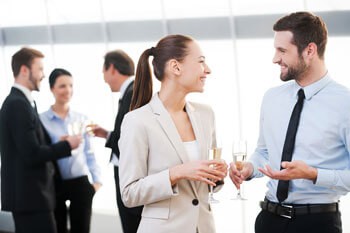 But in calmer, more rational moments, when we’re able to take a step back and view the situation more objectively, we’re able to recognize a simple truth: everyone loves talking about themselves.

In fact, when you give people a chance to talk about themselves, you get a ball rolling that sometimes can’t be stopped.

You may not have recognized it at the time, but you’ve probably had this tactic used on you before. Think back to some time when you were at a party or event and ask yourself: who did you most enjoy talking to? Whether you realized it or not, it was probably a person who asked about you and your interests. 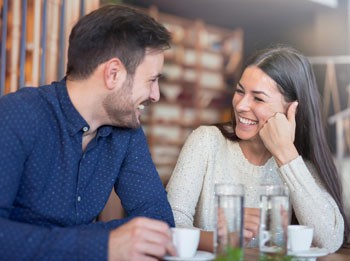 Starting a conversation is one thing—making a real connection is another. Enter your email address below to learn how to put people at ease and make them want to engage with you. 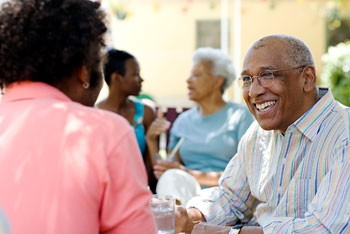 These were people I barely knew – they were very much on the periphery of my life and social circle, and I theirs. It was a classic small-talk-and-pleasantries situation of exactly the sort that used to totally terrify me.

At one point in the evening I found myself cornered by my girlfriend’s sister’s brother-in-law (how’s that for an arm’s length connection?), a man 20 years my senior, who I knew almost nothing about.

In previous years I would have struggled to come up with something to talk about, failed, and awkwardly tried to escape the conversation at all costs. (There have been many a time when people worried about my bladder, so often was I using the bathroom as an excuse to run away.)

Fortunately, this time I was ready. At some point in the evening I had heard him mention that he had travelled to Portugal earlier that year.

Now, I’ve never been to Portugal. And truth be told, I don’t have all that much interest in it, either. (Sorry, Portugal. It’s not you, it’s me.)

But that’s the best thing about this move: I didn’t have to know anything about Portugal – I knew that he knew about it. All I had to do was give him an opportunity to talk about his vacation.

I waded in gently:

“So, did I hear you say you went to Portugal this year?”

“I did!,” he said, his eyes lighting up. I knew I was on to something. “It’s an amazing country, have you ever been?” he asked.

“I haven’t,” I replied. “But I hear it’s amazing. What was your favorite part?”

And that was all it took. He and I chatted for a full 20 minutes – well, that’s not accurate. He chatted for 20 minutes while I occasionally interjected with “Uh huh,” “Oh, really,” and a few variations of “Wow, that sounds awesome.”

For the most part, all I did was ask a few simple questions about a topic I knew he’d enjoy – his own vacation – and let him talk my ear off.

Win Them Over
(With their own stories!) 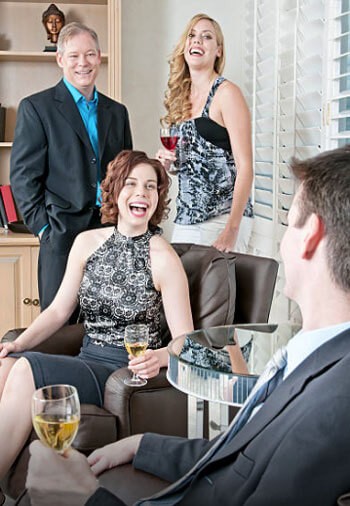 As if providing you with an easy go-to conversation starter weren’t enough, asking about them has another, extremely valuable benefit:

They’ll absolutely love you for it.

How do I know? Because at that party with my girlfriend’s sister’s in-laws, there were 20 people or more in the room, and most of us only had second- or third-degree connections to each other – meaning they weren’t the sort of people you tend to remember or think about very often.

But months later I heard from my girlfriend that whenever her sister got together with her in-laws after that, my erstwhile conversation partner that night, her brother-in-law, would ask how I’m doing and say things like, “Your sister’s boyfriend, he was a great guy. How’s he doing, anyway?”

And guys, remember: all I did was ask about him, and then listen to the answers.

Actually, that’s not entirely true. That’s not quite all I did.

Once I got him talking, I used a few more conversational techniques to create an instant connection and avoid any of those dreaded awkward pauses that can kill both a conversation, and your charisma.

I share it all – along with a other tips about how to build charisma, confidently talk to complete strangers and more – with my email subscribers. Sign up below and I’ll send you an email showing you how to instantly forge a connection with your conversation partner—without having to say a word.

Want to Make
An Instant Connection?

Enter your email address below to learn how to put people at ease and make them want to engage with you.

2 thoughts on “Starting Conversations: A Quick Trick to Get Them Talking”