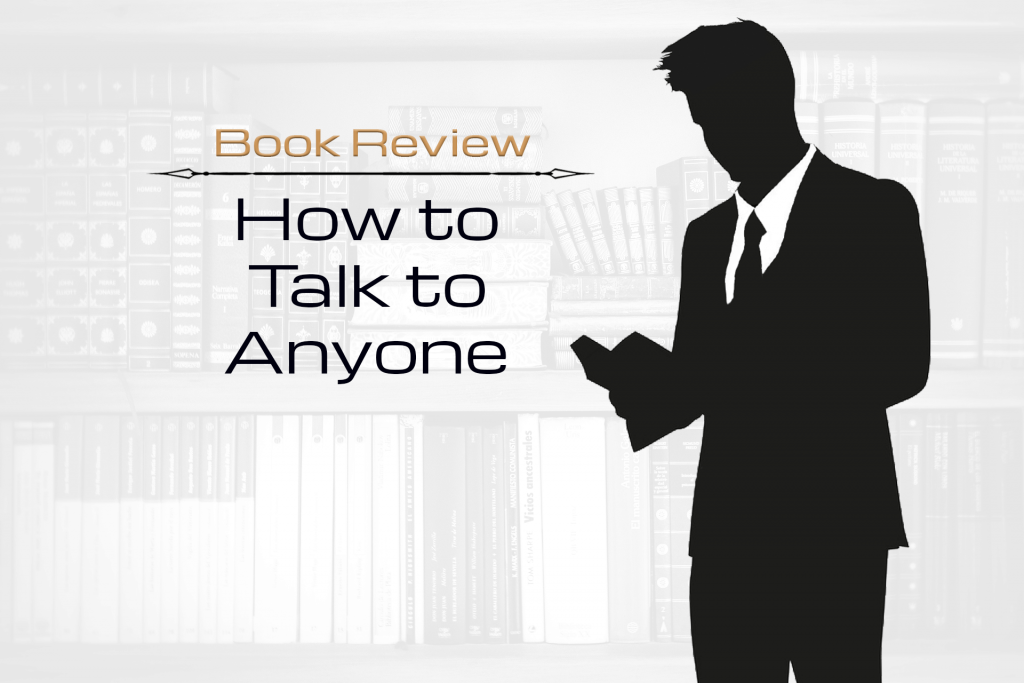 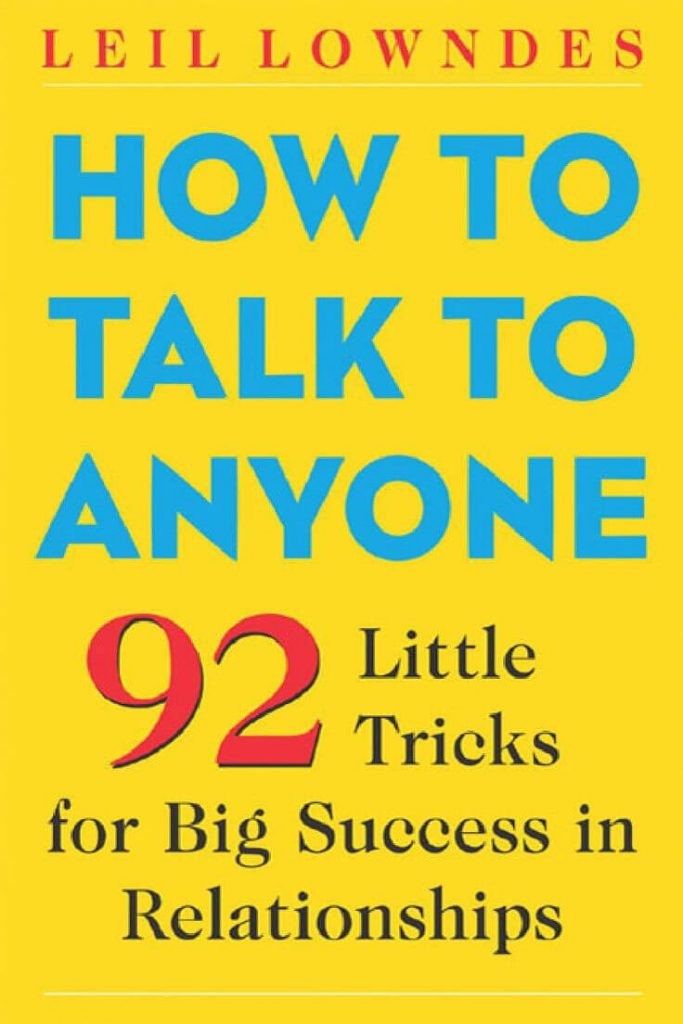 When it comes to titles that are almost too on-the-nose, this one might just give How to Win Friends and Influence People a run for its money.

How to Talk to Anyone: 92 Little Tricks for Big Success in Relationships offers a series of conversation tips (you and I would call them hacks, but as a woman in her 70s, author Leil Lowndes calls them “little tricks”) designed to make you not just good at talking to people, but exceptional.

The book’s central premise is that life’s big winners – the ones who have the best jobs, throw the coolest parties and have the most friends – didn’t reach their peaks because they’re smarter or better looking than you and me.

Instead, they got there because they have more skill when communicating with other people.

The 92 tricks laid out in the book are meant to level the playing field, with the goal of making you a “a master communicator in life, love, and business.”

How to Talk to Anyone Book Review:

Go ahead and Google “conversation tips.” Last time I did, Google told me there were 119 million relevant pages.

Since this book came out in 2003 the internet has exploded with blog posts and articles about how to improve your people skills. (Guilty!)

What’s amazing about Lowndes’ book is that, despite this proliferation of advice, hers remains unique, insightful and at times downright inspired.

It’s the difference between a book written by a woman who legitimately spent decades glad-handing people in boardrooms and at parties, and some shitty clickbait post scraped together by a 17-year-old in Macedonia.

Another great thing about this book is the fact that it lives up to its promise.

This again might reflect the difference between publishing something in 2003 versus 2017, but today as a consumer of media I’ve essentially come to expect that a book, blog or piece of media will over-promise and under-deliver.

But after reading this book, I really did feel like I could talk to anyone. Her advice is so intuitively likely to work that even before I put it into practice, I felt like she had transformed socializing in mind from an activity I feared to an arena where I knew how to perform.

I honestly think it’s fair to say that utilizing many of her little tricks really did help me improve my relationships with old and new friends alike.

In an era when people will say, write and sell you anything without fear of the consequences, it was both surprising and incredibly refreshing to feel like I got exactly what I wanted out of this book.

My only real complaint about the book is one of style, not substance.

As I alluded to above, Leil Lowndes is a woman of… well, of not-insignificant age, let’s say.

While her advice is really quite excellent, her writing style is not exactly designed to speak the language of the 21st century man.

She gives each of her 92 tricks a quippy name, which in some cases works just fine.

But others that are meant to be cute, irreverent and memorable cam come off to my ear as so old-timey as to be laughable and lame.

Titles like “The Knee-Jerk ‘Wow!’”, “Carrier Pigeon Kudos” and “Grapevine Glory” sound more like Nancy Drew books my mom used to read than conversation hacks that will help me get a [email protected]¢&ing promotion.

There’s literally a technique called “Little strokes”, which is basically everything you need to know in order to understand that this book was not written for dudes.

But as I say, once you get past her somewhat unfortunate turns of phrase, you’ll probably find there’s a lot more to like here than dislike.

Although I don’t mind admitting that I was pretty disappointed in “Little strokes”; I mean, it worked fine conversationally, but it was not nearly as I originally imagined…

Can this book help you improve your people skills?

For many of us, one of the areas where we most need self-confidence is in interacting with other people: making small talk, carrying on conversations, and generally leaving people with a positive impression of you and your people skills.

To that end, it would be almost impossible for me to overstate just how valuable How to Talk to Anyone can be.

And the fact that it’s written in a shorthand and tone of voice that’s probably more familiar to your mother than it is to you could actually be an advantage.

After all, in this day and age, everybody’s read The [email protected]¢&ing Game. They know its tricks, and don’t appreciate being “negged.”

But in all likelihood, the “little tricks” in this book will fly under the radar of most people.

Meaning that you’ll have 92 secret weapons for becoming an expert socializer ( and as many “Little strokes” as you’d like).

Click here to pick up a copy of How to Talk to Anyone and find out how to actually improve your people skills.

Discover exactly what to say.

Enter your email address below to learn how to start (and sustain!) great conversations.

2 thoughts on “Book Review: How to Talk to Anyone by Leil Lowndes”