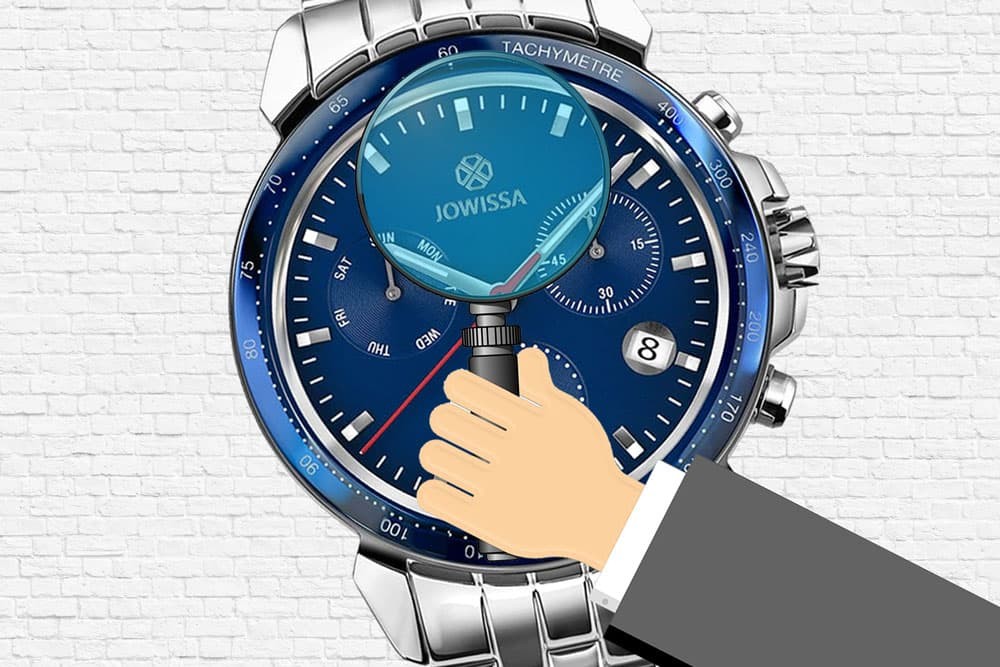 When it comes to men’s watches, there are few phrases more authoritative and enticing than “Swiss made.”

Swiss craftsmanship has become synonymous with precision, style and high-quality materials, making Swiss watches among the most respected and sought-after in the industry.

The only problem? They also tend to be the most expensive.

Luxury watches from Swiss brands like Tag Heuer and Rolex start at prices that most of us would expect to pay for a used car, putting them out of reach for the vast majority of watch enthusiasts.

It’s into this gap between Swiss quality and affordability that the lesser-known Swiss brand Jowissa has inserted itself.

Jowissa prides itself on offering affordable watches that have all the hallmarks of Swiss quality – including precise time measurement and the kind of unique design that makes a strong statement – without the hefty price tag that usually comes with it.

I recently spent a few weeks wearing the hell out of one of their models, the LeWy 9 Chronograph, to find out if it’s really possible to thread the needle between high quality and low prices.

Read on to find the full results of my weeks-long Jowissa watch review.

As I always do when brands reach out, I told them I’d only be willing to try their service if they were comfortable with me writing a thorough, transparent and honest review.

To their credit, they agreed and provided a watch for me to try.

The review that follows consists of my honest, unfiltered opinions about the watch I received.

Founded by Josef Wyss in 1951, the Jowissa brand was born in Bettlach, Switzerland, a region known for its watchmaking craftsmanship.

Wyss wanted to distinguish himself by offering watches that were just as sophisticated and well made as those of his Swiss colleagues and contemporaries, but also affordable.

Over the decades Jowissa has carved out a reputation for honoring the art of Swiss watchmaking.

But they specialize in offering accessible products for those of us who want the best watches, but can’t afford the thousands of dollars charged by some of the ​​best watch brands.

In addition to being one of the most affordable watch brands in Switzerland Jowissa is also one of the most innovative, having led the way in various trends like cut glass in the 1960s and ceramic cases in the 1980s.

Today they offer a wide range of both men’s and women’s watches in a variety of fashionable colors and styles, all of which attempt to blend Swiss craftsmanship and modern design into an affordable price range.

But “attempt” is the operative word.

So, are Jowissa watches good? Let’s take a closer look at the model I tried, the LeWy 9 Chrono, to find out.

Hailing from Jowissa’ LeWy line, the watch I sampled was Jowissa’s LeWy 9, an eye-catching modern chronograph.

A lot of the watches in the LeWy line have a black dial, but I already own a number of black watches so I chose one with a handsome blue dial enclosed in a stainless steel case.

It came with a matching stainless steel bracelet, which also has a quick-release that makes it (relatively) easy to change the watch band.

So in addition to the watch, I also ordered a genuine leather strap in a rich brown color, which provides a lot of versatility from a style perspective.

Watches often look great on the websites where they’re sold, but less impressive once you finally see them in real life.

Not so with the LeWy. As soon as I opened the box I was impressed with what I saw.

The blue watch face really pops against the metal case, making a strong and stylish first impression, while the mineral glass covering the face provides an extra sparkle that further conveys luxury and craftsmanship.

On the watch face itself, the inner dials of the calendar display and seconds counter are both practical and handsome, and the white date window is easy to read and provides a nice contrast to the blue dial.

And I was happy I chose a model with silver indices for the hour markers, rather than the gold-tone roman numerals of other models, which in my opinion are a bit too gaudy.

If I have any complaints about the way the watch looks, it’s that the 42mm case is just a touch larger than I would like.

I have pathetically scrawny handsomely svelte wrists, and I find that for small wrists like mine 40mm is the perfect size.

But that’s both a minor complaint and a personal one. A lot of guys prefer a larger watch, and many have larger wrists that basically necessitate one.

It’s always a relief to find that the watch you’ve ordered online looks as good as you hoped, but the real test comes when you finally get a chance to wear it and test out the quality of its construction.

After the first couple weeks, the first thing I noticed about the quality of the LeWy 9 was how accurately it keeps time.

I’ve been burned before by watches that look great out of the box, but start to fall slightly-but-noticeably behind after just a week or so, and continue to get less accurate with each passing day.

But the Ronda Swiss quartz movement of the LeWy 9 has remained precise for months now, and shows no signs of slowing down whatsoever, which has helped it become a go-to in my rotation.

The other big thing I look for with watches is durability.

I’m inadvertently quite hard on my watches by virtue of being kind of clumsy.

I have astigmatism and pretty terrible depth perception, so I’m constantly missing door knobs and banging my wrist (and thus, my watch) into walls and door frames.

But the LeWy 9 has held up quite well against my clumsiness and proven to be pretty durable and scratch-resistant after some heavy use.

When combined with its precision, the durability is an encouraging sign that this watch can handle the long haul, and can be a piece I wear for years (and even decades) to come.

For all it’s advantages, one of the nicest things about the LeWy 9 may be the price tag.

At €379 (about $450 US dollars) it certainly isn’t cheap, but it’s much more affordable than Swiss watches from other big name brands, which as noted above cost more than 10 times as much.

The price of most luxury watches is so inflated that, even if Jowissa only performs half as well as it’s more famous Swiss cousins, a beautiful watch with Swiss-made precision for sub-500 dollars is a very price indeed.

In fact, the pricing is more in line with the cheap “fashion watches” you’ll find in a lot of department stores these days, which look great but aren’t nearly as well made as a Jowissa.

So while paying $450 for a watch isn’t nothing, the value-for-money proposition might be better with Jowissa than with any other consumer watch brand on the market.

Is Jowissa a good brand?

After many weeks of wearing the hell out of a Jowissa and spending more time than is probably healthy scrutinizing it from every possible angle, I feel comfortable saying that they make great watches for admirably fair prices.

For style-focused guys like me, who want a watch that looks good first and foremost, but also don’t want to waste our money on a piece that’s going to stop ticking or fall apart in a year or two, finding a Swiss watch with top-of-the-line construction for less than 500 bucks is a huge win.

The quality and construction of their watches is much closer to the luxury end of the spectrum, but their prices are still extremely affordable, making them one of the best watch brands in the sub-500 dollar price range.

As a result, Jowiss is a great option for both eye-catching daily wear watches, and the kind of bigger-ticket statement piece that you can pass down to your son (and quite possibly even grandson, given how well these things are made).

Pick up a Jowissa watch through their website and use code GENT15 to get 15% off your purchase.

Score a Deal on Jowissa ➤ 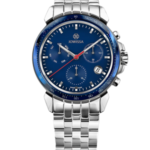 Jowiss is a great option for both eye-catching daily wear watches, and the kind of bigger-ticket statement piece that you can pass down to your son (and quite possibly even grandson, given how well these things are made).