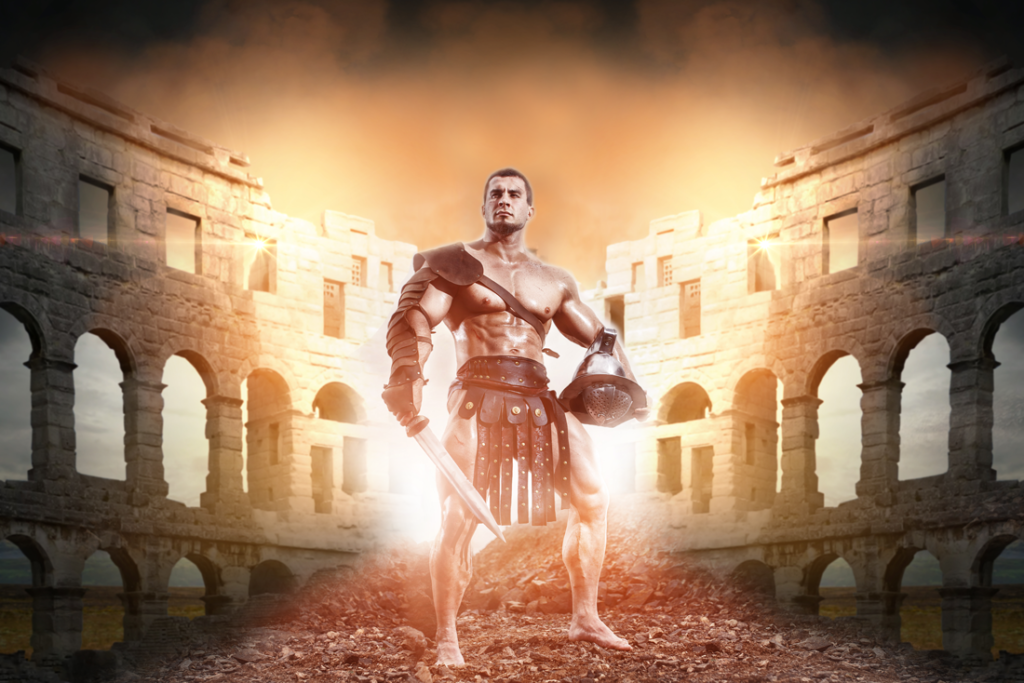 You might not expect a middle-aged mom from Texas to teach you one of life’s most important lessons about manhood.

But that’s exactly what happened to me a couple years ago.

(Sorry fellas, this isn’t that kind of story. But I’m sure there are no shortage of sub-Reddits and Tik Tok accounts out there, if you’re into that kind of thing.)

Brown gained internet fame after her 2010 TEDx talk about vulnerability blew up to become one of the most popular TED talks of all time, and for damn good reason.

Not only was her message about the power of embracing vulnerability profound, but her personal, charming and irreverent style made her an extremely compelling presenter.

(Funny how irreverence tends to have that effect on people…)

That TEDx talk helped her land a follow-up, a full-on TED talk in 2012 entitled “Listening to Shame,” which is how she first came to my attention.

In this talk, Brown laid out what her research says about shame. While she shared a lot of great insight, one of the most poignant moments for me was when she quoted Theodore Roosevelt’s “Man in the arena” speech.

I don’t mind confessing that I’m a sucker for a good inspirational quote, and few quotes have spoken to me quite as powerfully as this one.

For those who haven’t seen the video (and even those who did), read the below and tell me it doesn’t fire you up.

The Man in the Arena Quote

It is not the critic who counts; not the man who points out how the strong man stumbles, or where the doer of deeds could have done them better.

The credit belongs to the man who is actually in the arena, whose face is marred by dust and sweat and blood; who strives valiantly; who errs, who comes short again and again, because there is no effort without error and shortcoming; but who does actually strive to do the deeds; who knows great enthusiasms, the great devotions; who spends himself in a worthy cause; who at the best knows in the end the triumph of high achievement, and who at the worst, if he fails, at least fails while daring greatly, so that his place shall never be with those cold and timid souls who neither know victory nor defeat.

The Power of Taking Action

The quote, of course, is quintessential Roosevelt:

Tough, but fair. Eloquent, but plainly spoken. Simple, but powerful.

In his unique way, Roosevelt emphasized perhaps the most important thing for any man to remember:

The power of taking action.

It’s no wonder, then, that the phrase has been adopted so often in pop culture, particularly among athletes.

After the success of The Last Dance, a documentary series that chronicled the career of Michael Jordan, Tom Brady decided to do one of his own.

Brady’s covers all of his Super Bowl experiences, from his first appearance in 2002 to his 2021 win with the Tampa Bay Buccaneers.

Its title? Man in the Arena, of course.

Meanwhile, LeBron James told reporters in 2018 that he lives by Roosevelt’s “man in the arena” mentality:

“If you’re worried about what people are saying about you, then I think that’s just the wrong focus,” he said.

“At the end of the day, if you prepare yourself and do your job and you feel like you’ve done it to the best of your ability, who cares what people say? … Theodore Roosevelt man, the man in the arena. That’s what I live by.”

Of course, it’s probably easier for Lebron to live by Roosevelt’s code (he is, after all, a literal man in an arena), but how do the rest of us do it?

Let’s take a closer look at some of Roosevelt’s verses to see how we can implement his wisdom into our everyday lives.

“Not the Critic Who Counts”

While the line about “the man in the arena” has become the hallmark of both the quote and the larger speech from which it’s drawn, for me it’s the earlier line that really leaps out:

“It is not the critic who counts; not the man who points out how the strong man stumbles, or where the doer of deeds could have done them better…”

I have to confess that right away, this resonated with me – and not because I thought of myself as the doer of deeds.

Upon hearing that line for the first time, I realized that far too often, I am the critic.

Before reading Roosevelt’s quote, I’m embarrassed to admit that I had a different one — from another rotund and oft-referenced cultural icon — latently present in the back of my mind.

They were the comforting, if misleading, words of one Homer J. Simpson, who cautioned that “trying is the first step toward failure.”

For far longer than I care to admit, this was my mantra.

I hypocritically chose the path of least resistance, criticizing those who take action and dare to put themselves out there in order to distract from the fact that I lacked the courage to even try.

Reading Roosevelt’s quote served as a wakeup call to me, reminding me that what matters is not whether you fail to do something, but whether you try.

Working toward a worthy goal is laudable whether you achieve the goal or not.

Once I internalized this, it’s funny how frequently I found it manifesting itself – in all aspects of my life.

The opportunity to take positive action presents itself in micro ways everyday:

I can choose to hold the door open for someone walking behind me, even if it puts me in the mildly awkward position of having to stand there for a few seconds longer than I intended.

To give you a more macro example, this entire blog is a reflection of my decision to “strive valiantly.”

Writing blog posts about my quest for self-improvement and self-confidence, and then signing each one with my name and a shot of my goofy grin, definitely opens me up to criticism.

(And if I’m being really honest, I still find it pretty fucking terrifying.)

But expressing myself and sharing my beliefs is also extremely liberating and intrinsically rewarding.

And it terrifies me to think that I might have missed the opportunity to do this if I had let shame get the best of me.

“No Effort Without Error”

While I wouldn’t endorse living by the words of Homer Simpson, it turns out he was right about one thing: trying really is the first step toward failure.

But where Homer would have you believe that it’s best not to try at all, Roosevelt reminds us that failure is not a bad thing. In fact, it’s necessary.

“The credit belongs to the man…who errs, who comes short again and again, because there is no effort without error and shortcoming…”

If his call to strive valiantly is inspiring, Roosevelt’s reassurance that failure is a necessary part of achievement is liberating.

If we knew that trying – or doing, or striving, or achieving – would always be easy and result in success, then the act would no longer be worthy of us; it would lose all meaning.

“At least fails while daring greatly”

In a portion of the quote that was co-opted by Cadillac for a hollow marketing campaign, Roosevelt goes on to remind us that achievement has less to do with the results of our actions and more to do with the actions themselves.

“…if he fails, at least fails while daring greatly, so that his place shall never be with those cold and timid souls who neither know victory nor defeat.”

By acknowledging that failure is a real possibility, and then striving on in spite of this risk, we build confidence and cement our status as men of action, regardless of the outcome.

Which is why failure is, necessarily, nothing to be ashamed of. In fact, quite the opposite: failing at something – especially something difficult – proves you had the balls to do it in the first place.

What will you dare to do?

For weeks I would recite it to myself before leaving for work, and to this day I have the quote printed and framed on my front hall table, so that I see it the next time I leave.

But once it sank in, I realized there was no going back. Half-measures and half-assed efforts were no longer enough for me (nor were full-assed efforts toward unworthy goals).

Whether launching a blog to share my thoughts and passions with the world (gulp!) or just making an effort to smile more and brighten someone’s day, at least I’m no longer afraid of trying.

And I have a 50-year-old mother of two from Texas to thank for it.

More Insight on the Man in the Arena Quote from Around the Web:

2 thoughts on “How to Be The Man in the Arena, According to Brené Brown”