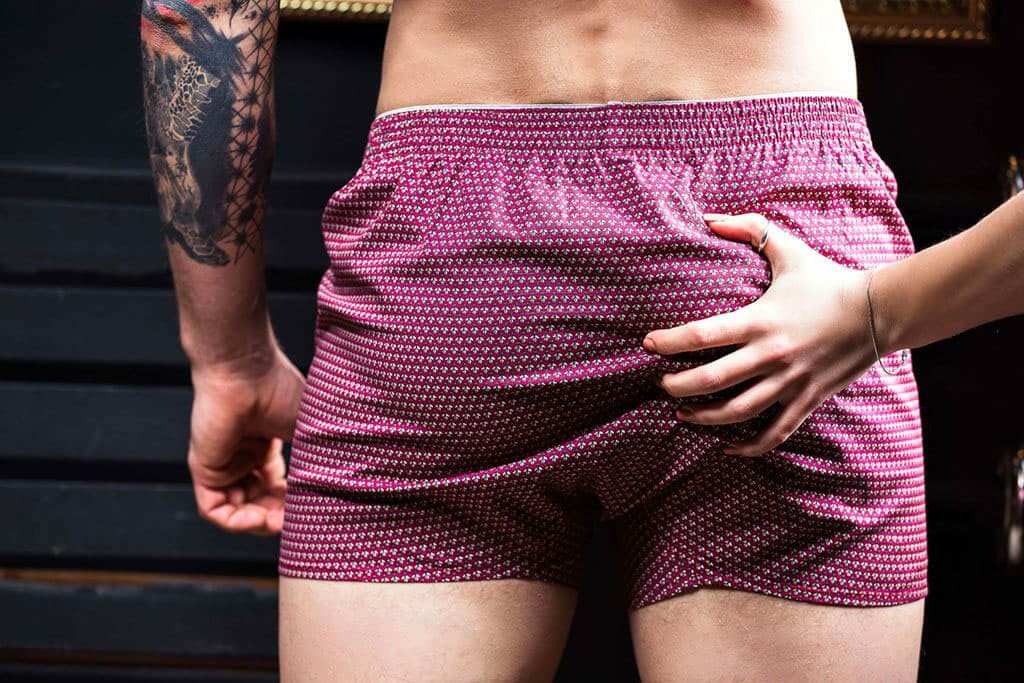 As men, it’s a moment that we look forward to—and, quite possibly, fear.

You’ve successfully struck up a connection with a woman and forged a relationship.

Now, she’s either graciously invited you back to her place, or accepted an invitation over to yours.

Things are getting intimate, the air is thick with the best possible kind of tension, and it’s time to strip away the pretense—and your clothes.

That’s right: she’s about to see you in your underwear for the first time.

You’ve probably thought about this moment on more than one occasion. (I’m not even going to ask what you were doing while you thought about it…)

It may be what motivated you to start a workout plan or clean up your diet to try and cut a stronger silhouette.

But if you’re not sure whether your underwear game is on point, you may have felt a considerable degree of trepidation as you agonized over that all-important question:

What kind of underwear does she want you to wear??

The Most Attractive Underwear for Men

Fortunately, the helpful ladies of Style Girlfriend have created a video that should end your agony once and for all.

In a video dedicated to revealing what women think when they see a guy get naked, Megan Collins and her staff also reveal what kind of skivvies they want to see just before you strip bare:

“The first memorable time that a guy [I was with] was getting undressed was a tighty whitey situation and I. Was. Horrified.”

You’re probably not shocked to learn that tighty whities are not the way to go.

While grown men may still sometimes play with toys, the truth is that tighty whities are more appropriate for little boys than for grown men.

So what kind of underwear do women want to see when you strip down?

When it comes to boxers or briefs, women’s opinion says you should wear…

“Boxer briefs,” Style Girlfriend founder Megan Collins says definitively. “And if it’s not, then you just sort of like quietly collect your things and it’s like, ‘Bye…'”

Now, admittedly, the ladies at Style Girlfriend can’t – and don’t claim to – speak for their entire gender.

But I’d be willing to bet that if you polled most women, they’d agree that boxer briefs are their preferred choice.

And it’s obvious why, too. Boxer briefs just look better: sleeker and more refined than boxers, but not nearly as skimpy or revealing as briefs.

They feel a helluva lot better, too. When I grew out of my tighty whities I transitioned right from briefs to full-on boxers.

But I quickly found myself annoyed by the way all that extra fabric would bunch up in the last possible place you want fabric bunching up.

A Few of the Best Boxer Briefs to Buy

If you’re still rocking anything other than boxer briefs down there, it’s time to make the switch.

To help get you started, here are a few good options, all easily available to order online.

Pick up any one of these to upgrade your underwear before that crucial make-or-break moment. 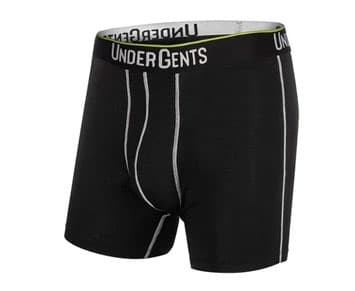 UnderGents is a direct-to-consumer men’s underwear brand that makes some of the softest and most comfortable boxer briefs I’ve ever tried.

They use what they call their “CloudSoft” fabric, which is designed to provide a snug fit that gives you lots of support, without being restrictive (or itchy) like compression shorts or performance underwear.

I put Public Rec’s pants, henley, shorts and sweater to the test for my full Public Rec review last year, and really appreciated both the style and the comfort of their clothes.

So when they came out with boxer briefs, picking up a pack was a no brainer—and a brilliant move.

(And if somehow they do, you don’t pay; they offer a “perfect fit promise” so if you’re not happy with your pair, they’ll refund your money, or give you credit toward buying something else.) 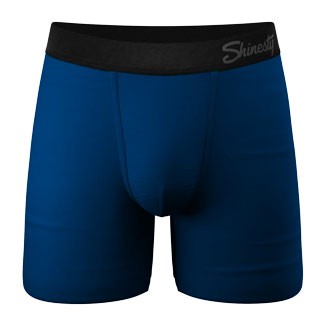 Pouch underwear is one of my favorite types of boxer briefs, and the “Ball Hammock” briefs from Shinesty come in a wide variety of fabrics, colors and fits.

What’s a ball hammock, you ask?

As the name implies, it’s a pouch that nestles your boys comfortably, keeping them free of sweat and the discomfort (not to mention the scent) that comes with it.

Because the absolute last thing you want is for her to be impressed by your choice of underwear, then disappointed (or worse, disgusted) by what she smells when you take them off… 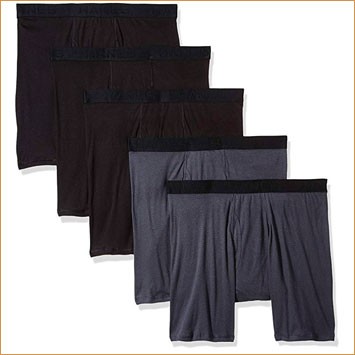 You can switch to boxer briefs and still keep it basic.

Black and grey are classic colors, and there’s something to be said for the comforting feeling of pulling on some fresh-from-the-dryer cotton underwear. 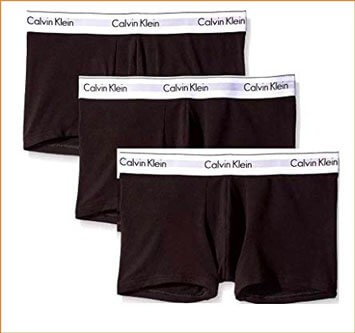 One step up from Hane’s cotton briefs is Calvin Klein, universally recognized as a solid, unimpeachable choice for underwear.

They’re a little pricier, but the increased cachet of wearing Calvins will be worth it to some. 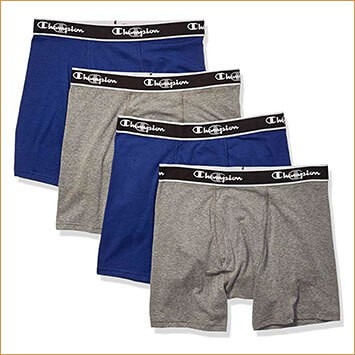 If you’re concerned that cotton can’t quite cut it when it comes to… well, let’s just call it “moisture,” then consider stepping up to performance underwear.

Designed for sports, they wick sweat and help keep you dry, which, while not addressed directly by the ladies of Style Girlfriend, is almost certainly a plus. 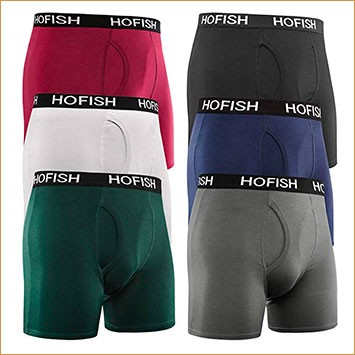 And finally, don’t be afraid to venture out of the safe black-and-grey zone and try a pop of color.

For a lot of guys, the color of our underwear matters about as much as when Taylor Swift’s next album drops — which is to say, who gives a shit?

But the fairer sex may well appreciate a brighter boxer brief, so if you don’t care one way or the other, you might as well play to the crowd.

A Final Word on the Best, Most Attractive and Most Comfortable Mens Underwear 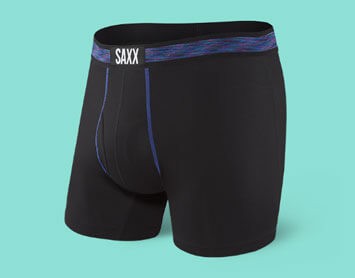 Generally speaking, I don’t advise putting much stock in what other people want you to wear.

Whether you prefer boxers, briefs or even women’s panties, your style should be personally fulfilling first, and pleasing to other people a distant second.

And technically speaking, underwear is no different.

If the ladies of Style Girlfriend had said that the most attractive underwear for men is a hot pink thong, I promise you would not be reading their recommendation on this blog.

But the good news is that’s not the case, and boxer briefs happen to be both the style of underwear that I think you’ll enjoy most, and the kind the ladies want to see.

Of course, underwear is only one piece of the menswear puzzle, and one of the last pieces, at that.

If your look isn’t on-point before stripping down, you may never get the chance to reveal what you have on underneath.

Fortunately, I’ve got you covered. Enter your email address below and I’ll send you a checklist outlining the Nine Details You Need to Nail to step up your style and put your best face forward.

Learn How to Look Your Best

The (handsome) devil is in the details.

12 thoughts on “Solved: What Kind of Underwear Women Find Most Attractive”