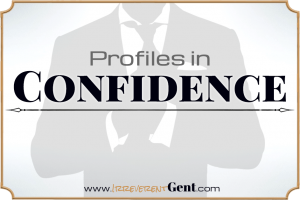 In the Profiles in Confidence series I interview writers, bloggers and other guys who have generously agreed to share their stories, struggles, secrets and tips about using self-improvement to build self-confidence.

The series is designed to let you learn from their struggles, and provide a reminder that you’re not the only guy out there working to improve himself. Quite the opposite, actually: you’re surrounded by like-minded friends and brothers in arms.

One such man is Myke Macapinlac, who went from painfully shy guy to Program Director of Social Confidence Mastery, where his mission is to help shy guys improve their social confidence so they can create the lifestyle they deserve.

On a scale of 1 to 10 – 1 being extremely low self-esteem and 10 being a Tony Robbins-level of confidence and self-worth – how would you rate your self-confidence right now?

On the same scale of 1 to 10, what would you say your lowest number was? Where and when did your self-confidence bottom out?

Oh man, I’d say at minus-10. I grew up with a lot of limiting beliefs, from my ethnicity and my height to issues around money. I went through my first break up with the girl I thought I was going to marry, and I made the mistake of allowing all of my self-confidence and self-worth to be wrapped up in that relationship. So when that house of cards came tumbling down, I was devastated.

So how did you get from a -10 to a 10? Where does your sky-high self-confidence come from today?

My confidence comes from a lot of things. It comes from the fact that I’ve overcome a lot of challenges. But I think most of all it comes from self-efficacy, knowing that I’ve been through it and now I’m able to take care of myself.

During this period, when you were in the process of going from your lowest level of confidence to your current level, what was the biggest hurdle or obstacle that you faced?

I would say number one was that I didn’t know who to believe. There are so many fake “experts” online, you know? The second thing was believing that I deserve to be happy. Do I actually deserve it? I had a lot of issues around receiving and accepting success into my life.

How did you work to overcome those issues? 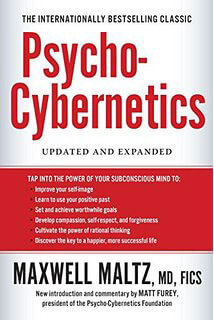 One of the most impactful books I’ve ever read is called Psycho-Cybernetics by Maxwell Maltz. It had an exercise where you picture what you want to happen and you describe it or draw it on a piece of paper.

Once you have a clear goal and a picture of what you’re working towards, you spend time every day focusing on those images and really feeling them. And then throughout the day you focus on how it feels to have already achieved that goal.

So it doesn’t matter if it’s my physical or my fitness goals or whatever it is, I go about my day as if I already am that person.

If you could go back and make the journey of building self-confidence again, what would you do differently?

I think the first thing I would do is really get clear on what I want. I did that, but not to the extent that I now focus on when I help my clients. You have to get clear on what you want because every single decision you make from then on will be to support that goal.

The second thing I would do is stay in my own lane, mind my own business and not compare myself to other people. It’s so easy to compare yourself to others, but you don’t know what they sacrificed in order to become successful.

What’s a technique guys can use to help them get over comparing themselves to others?

You want to count your wins. Everyday, in your journal write down five things that you were successful at today. With guys, it’s so easy to have a negative self-dialogue: “You’re such an idiot, you can’t get anything right.” And that’s a toxic conversation to have with yourself.

You have a unique perspective, as you’ve spent years not only improving yourself, but helping other guys build social confidence. In your experience, what’s the biggest hurdle most guys have to get over in order to feel more confident when dealing with other people, and what’s the best method for getting over that hurdle?

If, for instance, you want a girl who’s fit, ambitious and has a good head on her shoulders, what kind of guy do you need to become in order to attract her?

So you have to define what you want before you can start working to achieve it.

Anything else related to self-confidence or self-improvement you think guys should know?

Treat yourself like the most important person in your life, because in a lot of ways, you are. Love yourself, spend time with yourself and treat yourself with compassion.

A lot of times guys are used to being told what to do and what to want, especially guys who are in a corporate world, so sometimes we never take the time to ask ourselves what we want. So treat yourself like someone who matters to you.

If you had a romantic partner who said she wanted something – a vacation, a day at the spa, whatever – you’d probably be like “Babe, absolutely.”

Guys are so willing to accommodate women’s needs, but they never accommodate their own. Even small things like going for a massage, getting a haircut, whatever it is. You’ve got to treat yourself well before you can treat others well.

As the founder of Irreverent Gent, Dave shares smart style advice that makes guys stand out, and smart-ass jokes that make them wish he’d just stick to advice. When not blogging, he loves working out, obsessing over the MCU (#ILoveYou3000) and pretending to know about wine when his wife takes him somewhere fancy.