How to Get over Gymtimidation,
Even if You’re Scared to Go to the Gym 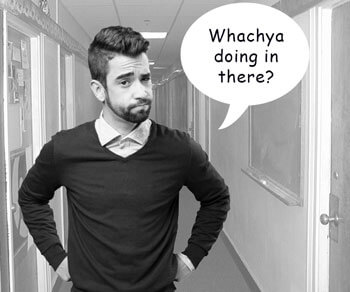 I’ll never forget the look on my friend’s face.

We were in university at the time, and with my roommate out at a class, I had locked myself in my dorm room and cranked the music up so nobody could hear how I was spending my – ahem – private time.

When my friend knocked on the door, I answered it half naked, out of breath, and dripping with sweat.

“Hey – whoa, uhhh… what whachya doing in there?” he asked. 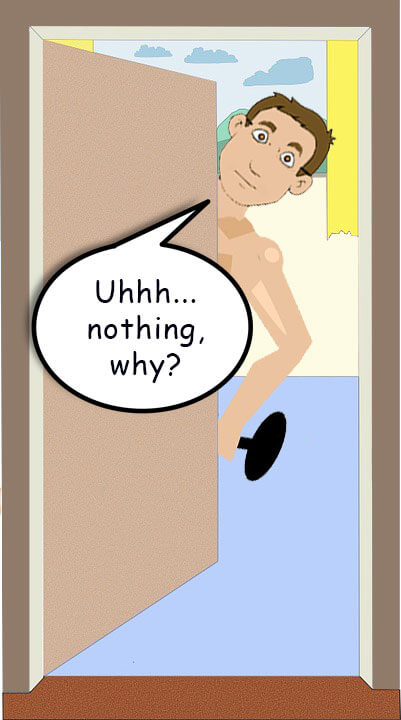 “Uhhh… nothing, why?” I answered between breaths while I hid most of my scrawny body behind the door. “I’m just working out.”

“Why don’t you just go to the gym on campus?” he said, accusingly.

I was too ashamed to tell him the truth.

See, the truth was that I really was working out in my room. (Really, I swear!)

But when he asked why I didn’t just go to the gym, I was too embarrassed to admit that the prospect of going there and revealing to everyone around me that I had no idea what I was doing, and no business being there in the first place, totally, completely and utterly
[email protected]¢&ing terrified me
.

So instead I let him go on thinking he had just caught me pleasuring myself.

That little encounter happened when I was in my first year of university, and it wasn’t until the second year that I finally brought myself to step foot in the campus gym.

When I did, I quickly found that it wasn’t nearly as intimidating as I had made it out to be in my head.

As with just about everything else that scares us, gymtimidation – my obvious and unoriginal term for being intimidated by the gym – exists solely in our minds.

If you’ve never worked out before and you’re scared to go to the gym because you’re not quite sure where to start, it can seem like some sort of Mount Olympus, the providence only of the Greek gods – or at least the super fit people who resemble them.

But when I finally made it into the gym, I immediately noticed that the people there weren’t some super fit horde of bullies ready to pounce on my every mistake and torment me with their eye rolls and their glistening six packs.

Truth be told, they didn’t seem to notice I even existed, which was perfect, and they sure as hell didn’t have six packs (also a plus).

Easier  Than  You  Think

During that first visit, I remember being immediately relieved that the whole thing was easier than I thought it would be.

Looking back on it now more than a decade later, it scares the shit out of me to think about where I’d be – and more terrifying still, where my self-confidence would be – if I hadn’t made hitting the gym a regular habit.

And if my scrawny, scared (and possibly-masturbating-alone-in-his-dorm-room) ass can do it, so can you.

So if you’re hesitant, nervous or downright scared to go to the gym, the below tips will help you push past your fears and get over gymtimidation.

How to Get Over Gym Intimidation

(Even if You’re Scared to Go to the Gym)

When I (finally!) worked up the courage to hit the gym, I wasn’t alone.

In fact, I only went that first time at someone else’s invitation. A friend of mine who was about the same size and shape, but apparently much less terrified of sociophysical situations, invited me to join him and a few other friends.

We were a motley crew, indeed: three skinny guys, one short guy and one tall, pudgy guy whose physical presence resembled that of a Coca Cola polar bear.

In other words, they were the perfect guys for me to workout with.

Going with a group of guys who, like me, weren’t exactly in superhero shape made me feel immediately more at ease. We could approach the weight rack and machines together, help each other fill in knowledge gaps and spot each other as we lifted.

Most importantly, we had strength in numbers. Sure we may not have known exactly what we were doing, but we were doing it together, which significantly reduced the social fear I had of looking like the only novice in the room.

Invite at least one friend (but the more the merrier) to hit the gym with you. If your friends are more advanced at working out than you are, great: be upfront about the fact that you’re a novice and you want to learn. If, like you, they’re just getting started, that works too. You can support each other and learn together.

Having friends around you is great and can definitely take a lot of the edge off, but I quickly discovered a trick that made me feel WAY more comfortable at the gym, even when I was alone:

Knowing what the hell I was doing.

On those first few trips to the gym, I bounced around uncomfortably from one station to the next. I’d do some biceps curls, then go over to the mats and do some crunches, then maybe go to the bench and do some presses, all of it very haphazardly.

The entire time, I was constantly concerned that someone might be watching me (which, of course, they weren’t) and judging me for just doing random exercises.

That’s when I started reading fitness magazines and looking online for muscle-building programs. I still had no idea what I was doing, but if I printed off a workout routine to bring with me, I could at least give the impression that I did.

Finding a workout plan that assigned a set number of exercises, sets and reps for each trip to the gym immediately made it easier to focus more on the task at hand – working out – and less on the (again, imaginary) eyeballs focused on me.

I quickly stopped worrying about how other people might be judging me and started focusing on my training and how I could improve.

Read this post to learn how to find, start and stick to a workout plan that’s right for you. 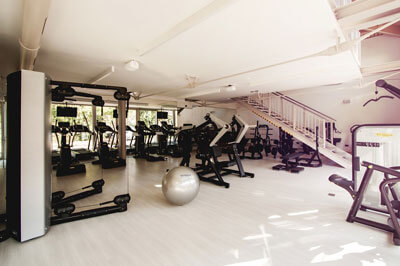 I’m a visual learner – the more vividly I can picture something in my head, the more comfortable I am with it.

One of the reasons I was so scared to go to the gym that first time was because I had never been to one before and couldn’t form a clear picture of it in my head.

So if you’ve lined up a few friends to workout with and found a workout plan you want to try, but still can’t quite picture yourself hitting the gym, try going to take a tour of the place.

Most gyms want to sell you a membership, so they’ll happily allow you to tour the facility before your first workout. This is a great way to scout the place out and start to visualize yourself using the equipment, making your way from the locker room, knowing where to go to grab towels or refill your water bottle, etc.

That way, by the time you head back a few days later for your first workout, you’ll already feel comfortable and confident in the space.

Take a tour of your local gym before your first workout.

Not all gyms are created equal.

Some are surrounded by windows and natural light, with modern equipment and plenty of amenities.

Others are hidden away in dark basements with equipment that looks like it was used to train the very first Olympians in ancient Greece.

If after taking the tour you found yourself too terrified to ever go back, don’t write off gyms altogether. Instead, look up a few other gyms in your area.

Chances are good that whatever intimidated you at the first one won’t be present at the second or third.

Survey a few options in your area and find one that you’ll feel comfortable returning to again and again.

Check out one or two back-up gyms if you didn’t like the first.

If after touring a few gyms you still can’t quite bring yourself to sign up and start going to one, ask yourself this question:

Why are you looking to workout in the first place?

Chances are it’s because you’re not happy with some aspect of your physicality.

Whether you’re trying to lose weight, build muscle, improve your heart health or just look and feel better, something must have motivated you to start looking into gyms and workout plans in the first place.

Narrow down on what that thing is.

Maybe you’re tired of being pushed around by other people – mentally and emotionally, if not physically. Going to the gym and starting to build muscle will definitely increase your self-assurance and backbone.

Maybe your parents aren’t as healthy as they could be, and you don’t want to end up like them at that age. Building a gym-going habit now will pay huge dividends down the road.

Or maybe you’re just like 90% of other people in the gym, and you want to look more attractive and maybe even get laid. Well, there’s nothing more attractive than being healthy.

Get in touch with your reason for working out and the gymtimidation will, in all likelihood, pale in comparison.

Write down why you want to hit the gym and start working out. Writing it down will help solidify it in your mind and strengthen your resolve to not let gymtimidation keep you from your ambitions. To take it one step further, try posting your reason/goal on your fridge or somewhere else where you can see it daily and get a constant reminder. 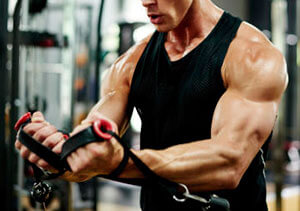