Anyone who’s ever used social media knows that it can have a profound effect on your self esteem.

It may be anecdotal, but from your own personal experience you’ve probably noticed how easy it is for feelings of insecurity, envy and jealousy to pop up when you scroll through your friends’ feeds – and how those feelings can triple when scrolling through the highly curated feeds of “influencers.”

But you might also feel a great deal of comfort and community by using social media, especially if you use the platforms to keep in touch with long distance friends and relatives, or have been comforted by your extended social circle during tough or trying times.

While it’s obvious that social media affects our self esteem, it can be tough to quantify. But a team of researchers from the UK have helped shed some light on social media’s impact.

The Royal Society for Public Health recently conducted a survey of nearly 1,500 young people between the ages of 16 to 24, and asked them questions specific to their social media use and their mental health.

As a result, we now have a pretty fascinating set of social media and self esteem statistics that shed some light on how using social platforms makes people – and specifically young people – feel about themselves.

Here are 19 of the most fascinating social media and self esteem statistics to come out of the survey.

According to the survey, Instagram is the worst social network for self-esteem.

Four out of five young people want social platforms to identify users who might be suffering from mental health problems based on what they post, and discretely suggest that they get support.

More than two thirds of young people want platforms to highlight when photos of people have been digitally manipulated.

30% want to go even further and have social media platforms institute a cap on usage, which would automatically log them off after a certain amount of time.

Rates of anxiety and depression have increased 70% in the past 25 years.

37% of young people report being cyber-bullied on a high-frequency basis.

Young people are twice as likely to be bullied on Facebook than on any other social network.

Of those who were cyber-bullied, 91% said that no action was taken by the social networks to reprimand the bullies or prevent it from happening.

Approximately 5% of young people around the world suffer from social media addiction.

Young people who use social networking sites for more than two hours per day are more likely to report poor mental health, including psychological distress.

One group of researchers was able to predict depression with up to 70% accuracy just by studying a person’s Twitter posts.

About 20% of young people admit that they wake up in the middle of the night to check social media. This leaves them 300% more likely to feel tired the next day (when compared to their peers who sleep through the night).

70% of teens report that they’ve received support of some kind through social media during difficult or trying times.

The term FOMO (fear of missing out) is almost exclusively used by young people:

40% of parents report not knowing what it means.

(I admit that this has little to do with social media – I just found it hilarious.) 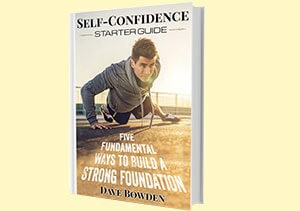 More on Social Media and Self Confidence:

Banner photo by rawpixel.com via freepik