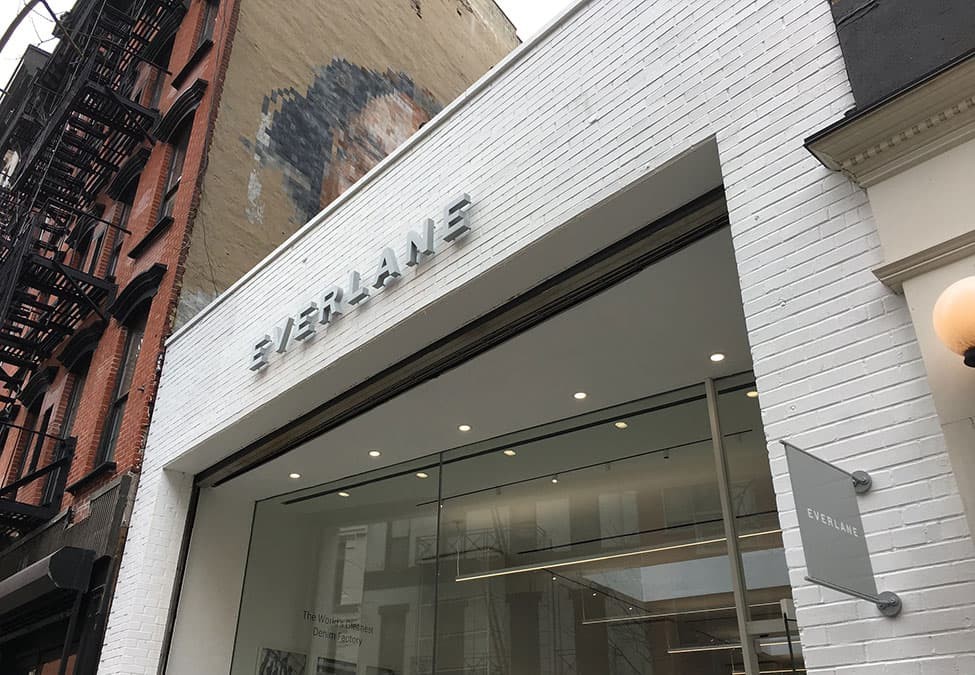 It isn’t hard to understand why shoppers looking for stylish clothes and good deals would want to find some other clothing brands like Everlane.

Some people still appreciate Everlane’s commitment to radical transparency and using ethical factories, not to mention their stylish and affordable wardrobe staples.

But a 2020 article in the New York Times quoted former Everlane employees who allege that “the company’s ethical image was an illusion.”

And even those who prefer Everlane for their aesthetics more than their ethics can find their styles a little limited.

Fortunately, Everlane isn’t the only ethical clothing brand on the block, or the only one offering modern, stylish and well-made clothes at affordable prices.

In this post we’ve rounded up dozens of viable Everlane alternatives that provide stylish, modern clothing at a reasonable price point.

Rounding Up the Best Brands Like Everlane for Stylish, Modern or Ethical Clothes

Buck Mason high-quality clothing for both men and women that puts a modern twist on classic designs, making it a great Everlane alternative for those who want a more All-American look.

They’re still best known as an online store that sells direct to consumers through their website, but they also have shops in Los Angeles, New York and San Francisco for those who prefer the in-store experience.

Well known for their wide selection of great brands and modern merchandise, Urban Outfitters carries a lot of similar styles as the pieces you’d find at Everlane.

Like Everlane, Urban Outfitters targets a young demo of hip, fashionable shoppers, so the average Everlane fan will find a lot to like about their clothes.

(Though, unlike some other stores on this list, they admittedly don’t have much by way of sustainable fashion bona fides.)

Canadian brand Club Monaco is one of the higher-end brands on this list, well known for offering well-made and sophisticated modern styles at slightly higher price points than a lot of other stores like Everlane.

In addition to great style, they’ve also made more of a commitment to ethical fashion in recent years, mostly by using more eco-friendly materials to reduce their environmental impact.

Modern Citizen is a clothing and accessories store that sells sophisticated pieces with a minimalist style geared toward professional women.

They’re also a fairly responsible brand that uses organic cotton and other sustainable fabrics, making them a great alternative for Everlane shoppers who value sustainability and trendy styles in equal measure.

Co-founded by Alex Drexler, the son of former Gap and J.Crew CEO Mickey Drexler, Alex Mill is a brand that foregoes fast fashion in favor of timeless pieces made from high quality fabrics.

They also have a serious commitment to sustainable practices, including a robust upcycling and recycling program that’s more advanced than a lot of other brands in the fashion industry.

And speaking of J. Crew, it continues to be one of the most respected clothing stores in the United States, and for good reason:

Their timeless sensibility has made them a leader ​in classic pieces made from high-quality materials for a long time ​now, and they’ve roared back to life since filing for bankruptcy in May 2020.

Founded by the daughter of former Beatle and well known environmental advocate Paul, Stella McCartney is both one of the most expensive clothing brands in the world and one of the more responsible.

As you might expect from the daughter of a well known animal rights and environmental activist, McCartney’s namesake brands follows a wide range of sustainability practices.

Among them are a 2018 commitment to going plastic-free, and a biodegradable stretched denim jean introduced in 2020.

Pixie Market is a good alternative to Everlane for women who want chic and affordable clothes that are modern and ready to wear.

They sell a wide range of seasonal and year round styles and their website offers free shipping on orders of more than $100.

Marshall’s is a discount department store like Nordstrom Rack or TJ Maxx (which is owned by the same parent company as Marshall’s) that offers merchandise from a wide range of different brands.

In addition to the diveristy of their selection, the best part about Marshall’s is the price tags.

Thanks to their overstock business model and bulk purchasing power, they’re able to sell clothes and accessories from big name brands at lower prices than you’d find at major department stores.

A staple of malls across America, Express is kind of like a fast-fashion version of Everlane.

With that said, Express actually prides itself on its ethical practices and employs independent, third-party auditors to ensure that its suppliers comply with their code of conduct.

Uniqlo has become one of the most popular Japanese clothing brands in North America thanks to their wide range of functional and fashionable apparel.

In addition to offering clothes that look great and work well, Uniqlo prides itself on being a sustainable clothing brand.

Among its more notable sustainable practices are the fact that it makes clothes from recycled materials, and provides used Uniqlo clothes to refugees and other people in need.

Forever 21 is a stylish but more affordable brand like Everlane that caters to a similarly young and hip demographic.

Though their brick and mortar stores have been disappearing from malls for a while now, they still have a number of loyal followers who love their stylish but simple pieces (and the low price points they’re sold at).

Shein is an online brand that’s best known for their low prices on stylish everyday wear for both men and women.

Like Forever 21, they’re a more affordable Everlane alternative that offers modern and hip styles, but better prices for basic basics like silk tops for women or a plain white t-shirt for guys.

Banana Republic is arguably a closer competitor to J.Crew than to Everlane, but it’s another example of a mall staple where you can find stylish clothes for both men and women.

Banana tends to target a slightly more mature demographic than Everlane, so their stuff tends to be more business casual and professional.

Owned by J.Crew, Madewell is a great store for casual staples like denim, sweats and sneakers.

While their primary focus is on jeans, they also carry a wide range of casual pieces and accessories, which includes a mix of their own house brands and new brands that you might not have heard of before.

American Apparel is a similar brand to Everlane that focuses on casual staples that are cheap and relatively timeless.

Like Everlane, they’ve drummed up a bit of controversy in the past with some of their claims about fair trade and ethical production, but recent reports suggest that the labor conditions in their supply chain are actually pretty good.

The Frankie Shop is a women’s clothing and lifestyle brand that sells everything from everyday basics like oxford shirts to higher-end pieces like cashmere sweaters.

They only have two brick and mortar stores, in New York and Paris, but their website is well stocked with a wide range of fashionable clothes and accessories.

Check Out The Frankie Shop ➤ 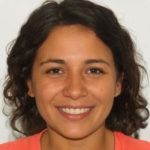 Maria Vasquez is a Toronto-based writer and journalist. When not hacking away at her computer she enjoys walking her dog, spinning (like on Peloton, not in circles like a small child*) and ordering too much takeout.