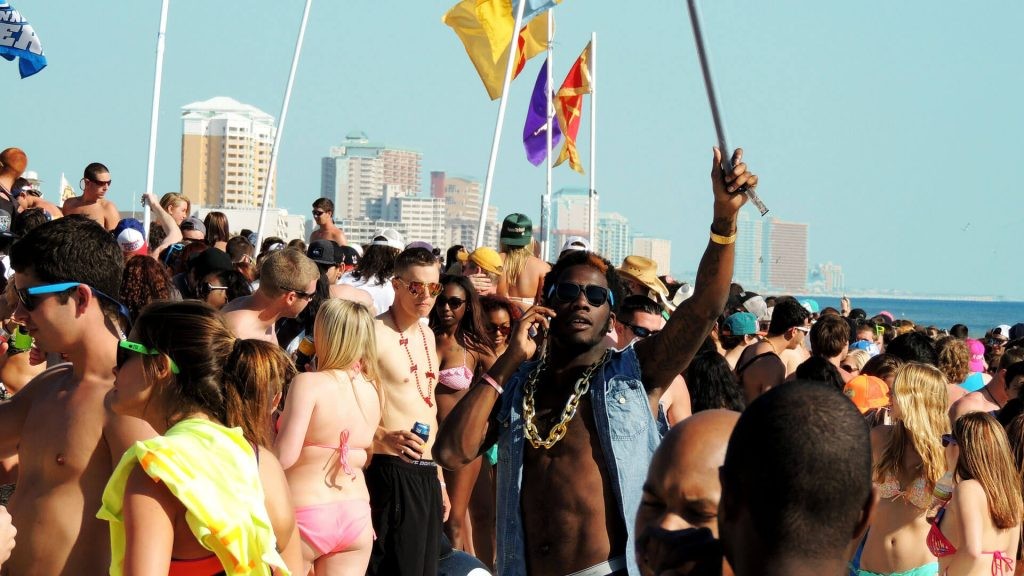 In 2002, my highly impressionable 17-year-old self saw a movie that would, for better or worse, define much of the next decade of my life.

I wish I could tell you that the film in question was a masterpiece, like Citizen Kane or Dr. Strangelove, or even a serviceable modern classic like Pulp Fiction or Forrest Gump.

Instead, the movie that affected me perhaps more than any other in the history of cinema was the early Ryan Reynolds vehicle Van Wilder — which, for those of you keeping score at home, has a Rotten Tomatoes score of 19%.

Calling Van Wilder a “film” might be too generous; it’s more like a hastily slapped together series of gross-out bits occasionally burdened by the talentless presence of Tara Reid.

But I wasn’t particularly interested in its cinematic virtues. Instead, to me it was more like a master-class in how to live.

In Van Wilder I saw the pinnacle of my adolescent potential. After all, here was a guy with some traits that I recognized (or at least, wanted to recognize) in myself: he was funny, loyal, well known around school and clearly intelligent but never condescending.

Much more importantly, however, he seemed to have all of the traits I wanted for myself – and all of the benefits that naturally seemed to follow from them. He was gregarious and outspoken, the host of many parties and the life of all others, respected by his peers, wanted by women and envied by men.

As a result of this charisma, the world – or at least his college campus – was his oyster. He had everything his adolescent audience could possibly dream of: popularity, respect, the freedom to do whatever the hell he wanted and of course, a bevy of beautiful women seemingly lining up to be with him.

Unfortunately it didn’t say anything about how you get to look like Ken-doll-come-to-life Ryan Reynolds, but I was a pretty gullible kid (I went to Catholic school) so I just assumed that part came later. [Spoiler alert – it did not.]

It took me more than a decade to realize that my admiration for Van Wilder stemmed not just from my (highly regrettable) desire to bed Tara Reid, but from a cultural norm that many of us will recognize, though few ever reflect on.

Van Wilder was simply the adolescent manifestation of what author Susan Cain calls the Extrovert Ideal. In her excellent book Quiet: The Power of Introverts in a World that Can’t Stop Talking, Cain defines the extrovert ideal as the notion that being gregarious, outspoken, loud, brash or assertive is not just preferable, but admirable.

The Extrovert Ideal, she explains, has permeated so much of Western society over the past century that we’ve come to believe it a fact of life rather than a recent sociological development.

“This notion that he who speaks loudest speaks best permeates so much of Western society that of course a bookish and fairly introverted kid like me – like so many of us – would find himself wishing to be more outgoing, gregarious and charismatic.”

We see it on television in the form of “reality” TV, where the loudest and most assertive players often win the game, and always win the majority of screen time.

We see it in sports, where flashy players like A-Rod command more attention than more stoic (and even more talented) players like Derek Jeter.

We see it at school, where the loudest and most outspoken students get the most attention from teachers and students alike.

And we sure as shit see it in politics, where it’s not the best ideas that get the most attention, but the person – or full-size oompa loompa – who can shout their ideas most loudly.

You get the idea. This notion that he who speaks loudest speaks best permeates so much of Western society that of course a bookish and fairly introverted kid like me – like so many of us – would find himself wishing to be more outgoing, gregarious and charismatic.

Cain quotes one shy high school senior as saying, “People who don’t talk are seen as weak or lacking” and you can probably understand why he might feel that way; in fact, if you’re anything like me, you’ve probably felt it yourself.

But one of the most important and empowering lessons I took from Cain’s book was that while extroversion may be ubiquitous, it’s far from the only way to live.

Yes, extroverted people tend to get what they want in our society, and it’s tempting to think that those of us more inclined toward reflection than exaggeration should immediately sign up for Toastmasters or go pay Tony Robbins to light us on fire.

But as Cain and others have pointed out, people who fall more on the introverted end of the spectrum have their own unique skills and advantages; for us, the best way to achieve success is not by working to become extroverts and deny our natural instincts, but by leaning into our inherent strengths.

Cain cites perhaps the ultimate example of a “soft power” leader in Mahatma Gandhi, whose non-violent resistance and philosophy of satyagraha – “firmness in pursuit of truth” – allowed him to remain focused on his ultimate goal and ignore what he viewed as minor distractions along the way.

It’s also important to remember that while extroverts often have a louder and more brash style, in the long run, it’s much more important to have substance.

Take the examples I listed above.

The loudest and most assertive reality TV stars do indeed get the most attention – for about 15 minutes, at best. Ask yourself this: is there anyone on earth who still gives a shit about Snooki from Jersey Shore? Exactly.

In sports, flashy players like A-Rod get discussed most on ESPN talk shows and find themselves on the covers of glossy (and occasionally tabloid) magazines. And players like Jeter, who keep their head down and simply focus on their craft? They find themselves in the Hall of Fame. (Oh, and marrying supermodels, by the way.)

And then, of course, there’s politics, where extroverts like George W. Bush can defeat two introverts (Al Gore and John Kerry) in presidential elections, only to see himself go down as one of the worst presidents in American history.

Feeling like we need to be louder, brasher and more assertive to compete with our extroverted peers is an omnipresent temptation for introverts, and I don’t think that will ever go away.

But we can draw a lot of comfort, and even strength, from knowing that in the long run, it’s better to be yourself and play to your own strengths.