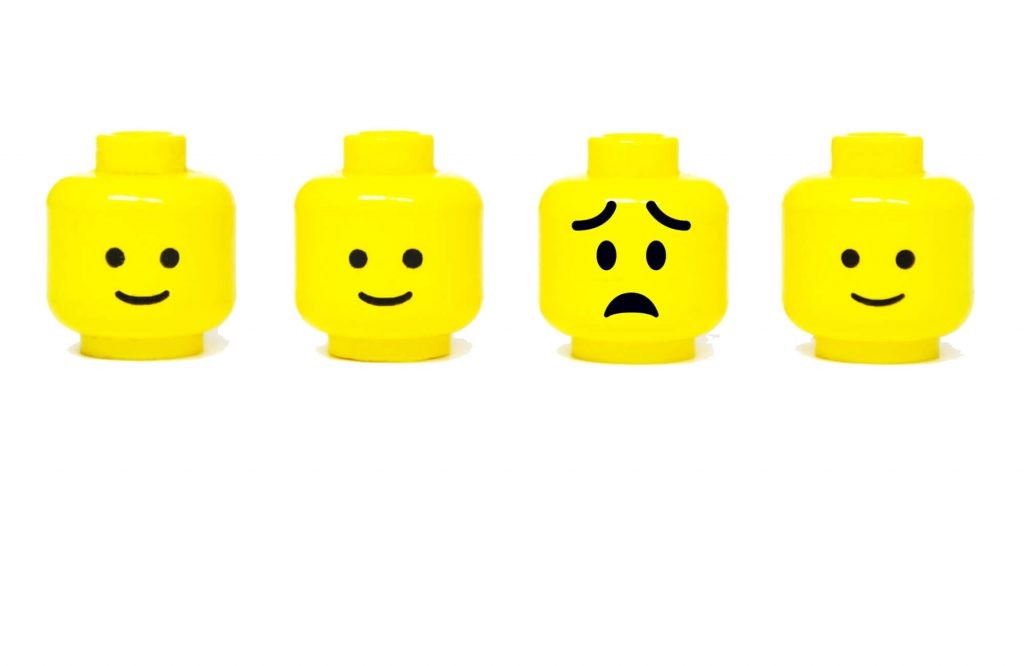 Do you ever get that feeling like you just don’t fit in?

It can sneak up on you at at work, at school, at a party or in any social setting, even when you know it’s not necessarily logical, rational, or fair.

But it’s there. That lingering doubt that you, for whatever reason, don’t belong. Like you’re some kind of impostor – and you can’t let anyone find out.

The good news is it’s not your fault, and you’re not alone. Almost everyone has experienced what psychologists call the impostor syndrome at one point or another.

And there’s more good news. There’s an easy way to overcome it – although it might feel pretty uncomfortable at first. 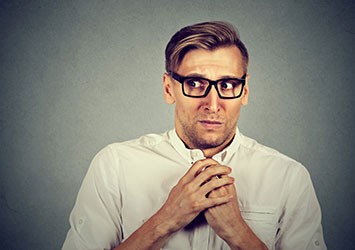 “It’s not simple stage fright or performance anxiety,” writes Harvard psychologist Amy Cuddy in her book Presence: Bringing Your Boldest Self to Your Biggest Challenges.

“Rather, it’s the deep and sometimes paralyzing belief that we have been given something we didn’t earn and don’t deserve and that at some point we’ll be exposed.”

The first and most important thing you need to know about that feeling – the feeling that you don’t belong, that you’re fake, that you’re about to be found out – is that it isn’t your fault. It doesn’t stem from a lack of confidence or an inadequate amount of optimism.

It stems from the impostor syndrome, which, much like the negativity bias that explains why negative thoughts come in mind, plagues our brains with feelings of inadequacy that are not at all rooted in reality.

It’s this impostor syndrome, Cuddy explains, that causes us to over-analyze details to death and fixate on what we perceive – inaccurately, in most cases – to be judgment directed our way by others.

“We’re scattered—worrying that we underprepared, obsessing about what we should be doing, mentally reviewing what we said five seconds earlier, fretting about what people think of us and what that will mean for us tomorrow,” she writes.

The School of Life put together a great video describing the impostor syndrome in a little more detail:

Who Suffers From Impostor Syndrome? 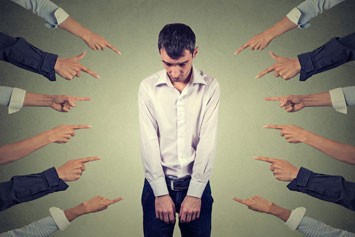 Damn near everyone, it turns out.

“Since it was first identified in the late 70s by researchers at the Georgia State University, we’ve learned that more than 70 percent of the population has experienced this feeling at one time or another,” writes Olivia Fox Cabane, author of The Charisma Myth.

Ironically, those with the least reason to feel like impostors are actually the most susceptible to feeling out of place.

“The impostor syndrome is worst among high performers,” Cabane writes, offering an anecdote that perfectly illustrates the point:

“Every year, the incoming class at Stanford Business School is asked: ‘How many of you in here feel that you are the one mistake that the admissions committee made?’ Every year, two-thirds of the class immediately raises their hands.”

So if you feel like you’re out of place or in over your head in a given circumstance, you can take solace in the fact that you’re definitely not alone – in fact, you may even be elite.

How Do I Get Over Impostor Syndrome?

A Quick Fix: Stop it in its Tracks

As with the negativity bias, the first and most acute way to stop impostor syndrome from taking hold is to catch it in the act.

When you feel yourself indulging in fear, pause to ask yourself: what’s the most rational explanation for your discontent? Are you really as out of place as you seem, or is this just your brain going through an involuntary and unwanted process?

Once you’ve properly assessed the reason for your fear, you can use Cuddy’s power posing technique to flood your brain with positive chemicals, which will immediately put you in a more confident frame of mind.

Play the Long Game: Feeling Like You Fit In 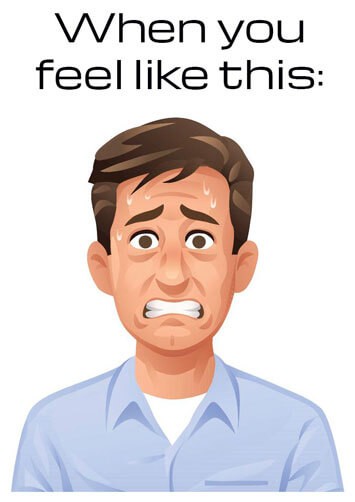 Recognizing your brain’s tendencies and counteracting them with happiness-inducing chemicals is a great way to squash impostor syndrome when it pops up, but wouldn’t it be better if you could stop feeling out of place altogether?

It would, and you can – but not without some discomfort.

In order to realize that you do indeed belong, Cuddy advocates a strategy so simple that it sounds outlandish at first: fake it ’til you make it.

No, really – that’s her answer. And with degrees from Princeton and teaching assignments at Rutgers, Northwestern and Harvard, you should probably hear her out. 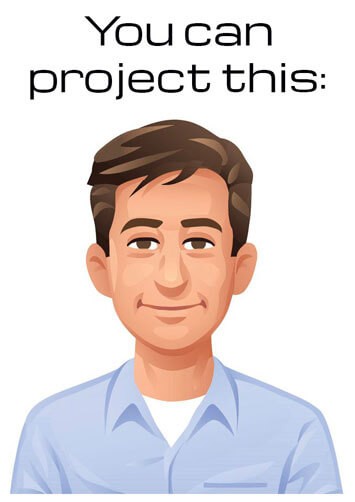 To illustrate just how effective faking it ’til you make it can be, Cuddy shares her own feeling of academic impostorism, which plagued her throughout her academic career.

One night, on the eve of a big lecture she had to give to her classmates, she went so far as to tell her professor she was dropping out of her PhD program so she wouldn’t have to speak.

“No, you’re not,” the professor told her. “You’re going to do the talk. And keep doing it—even if you have to fake it—until you have a moment when you realize that you can do it.”

Cuddy gave the talk, and it went… well, kind of “meh.” 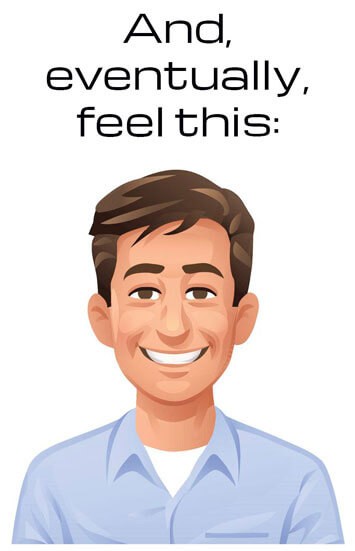 “I didn’t exactly nail the talk the next day. I don’t think I moved any part of my body other than my mouth. I felt as if I could go blank at any moment. And there was nothing I wanted more than for it to be over,” she explains.

It wasn’t great, but she got through it, and went on to give another talk. And then another, and another and another. Each time, she had to talk herself into it by pretending she was a competent, confident speaker.

And something funny happened along the way: she actually became a confident speaker. It didn’t happen over night, but eventually she no longer had to convince herself she was a good speaker – she knew that after all her experience, she had become one.

Put in the Work, Reap the Reward

Cuddy is quick to note that “fake it ’til you make it” isn’t a cure-all. Unfortunately, there’s no way to fully remove all doubt and all fears.

“Just as I can’t promise that learning about presence will give you a Zen master existence in the ‘eternal now,’ I can’t say that you will soon shed all your impostor anxieties forever,” she admits.

But by recognizing specific instances of impostor syndrome as they come up, power posing in order to push through, and faking it ’til you make it, you will, in fact, make it.

Sign up for the Squash Self Doubt email series below to learn more about how to overcome negative thoughts and develop a more abundant, optimistic and confident mindset, or scroll down to the Further Reading section to learn more about getting over impostor syndrome. 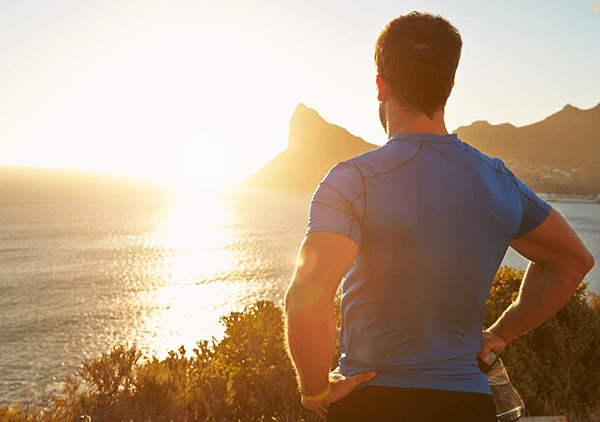 Enter your email address below to discover how to overcome negative thoughts
and cultivate a confident
mindset.