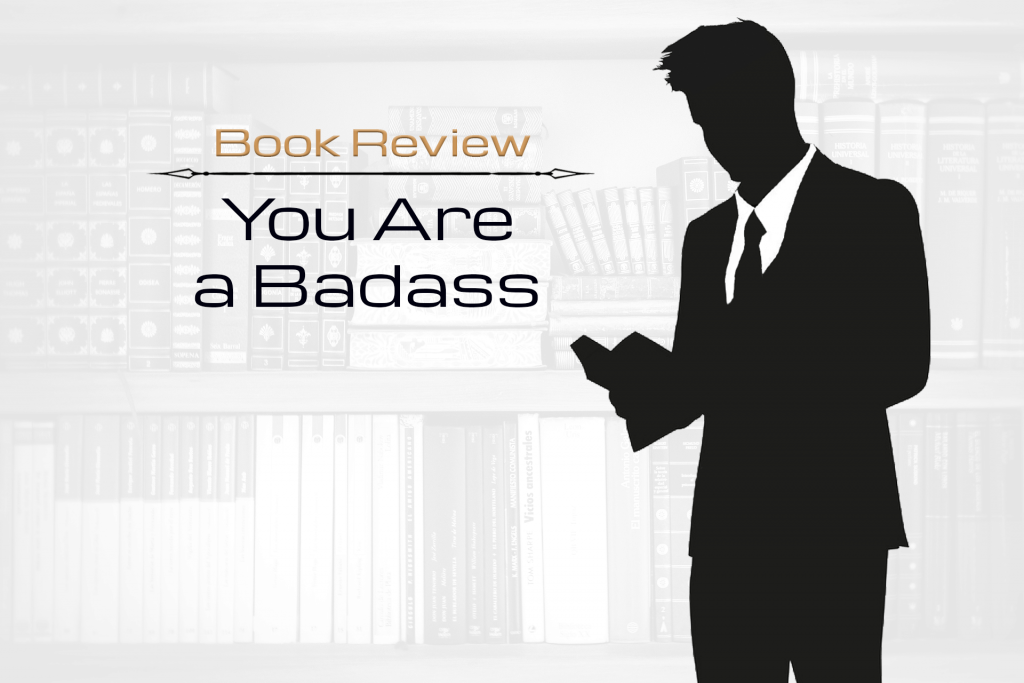 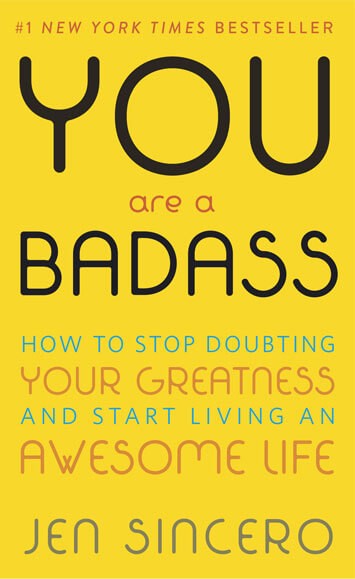 With You Are a Badass, author Jen Sincero has written a self-help book for people who never thought they’d like – or even bother reading – self-help books.

Sincero begins the book by explaining her own, somewhat tumultuous relationship with self-improvement and self-help.

Finding herself unsatisfied with her lot in life, and feeling that all-too-relatable pang that she was capable of doing and achieving more, Sincero threw herself into the self-help world full bore, attending seminars, taking classes and buying every self-help book under the sun. (I can relate!)

And like so many skeptical self-help newbies before her, Sincero was surprised at what she found:

When she opened herself up to the possibility that things that might sound strange or even silly could have a real, authentic and meaningful impact on her life, she began to reap the benefits of keeping an open mind.

You Are a Badass is essentially her attempt to convince us, the readers, that the same thing can happen for us – that there is an inner badass in each of us waiting to be released, if we can just get passed the pre-programmed bullshit that holds us back.

Let’s look at whether or not Sincero succeeds in her mission.

You Are a Badass Book Review

While extolling us to remain open to new experiences, Sincero practices what she preaches by opening up her life and sharing real, relatable and at times quite vulnerable stories with her readers.

This makes for a refreshing change from a lot of self-help and self-improvement books, which go to great lengths to explain why their recommended methods are clinically proven, but don’t often share stories that explain how real people can use them in everyday situations.

Sincero shared stories in her life that were at times awkward, embarrassing and painful, all of which made me as the reader feel like a) I’m not the only one who frequently finds himself feeling the same way and b) Sincero must be a person who “gets it,” and her advice will probably apply to me.

I’ll be the first to admit that not everyone will consider this a plus, but I appreciate the shit out of a well placed curse word. (See?)

Sincero writes in a style that’s conversational and relatable (it reminded me a little bit of Mel Robbins’ The Five Second Rule in that regard).

Reading You Are a Badass is like having a conversation with a straight-talking (and occasionally shit-talking) friend who not only has a ton of self-improvement experience, but also isn’t afraid to tell it like it is.

When coupled with the way she tells revealing stories about herself and her life, her writing style allowed me to relate to her more than any other “self help” author I’ve encountered.

Sincero states right from the get-go that her goal is to make people who have never consumed self-help material see it in a new, and hopefully more appealing, light.

And for people who are more well versed in self-improvement, her goal is to put a real-world spin on concepts that might have previously seemed a little… well, bullshity, basically.

As someone who runs a self-improvement website and has consumed an insane amount of self help material, I didn’t find a lot of new information in her book, as she warned me I wouldn’t.

So for me her insights weren’t particularly eye-opening, although, as mentioned, they were refreshingly blunt, and it was reassuring to know that I’m not the only skeptical person who has had the experience of trying some pretty crazy things in the name of self betterment.

A Wee Bit of Bunk

Sincero doesn’t shy away from the fact that some elements of self-help veer into the “spiritual,” for a lack of a better word. (And it’s unfortunate that there really is no better word, because “spiritual” invokes religious connotations that are definitely not intended here.)

But where other authors like Sam Harris – in his excellent book Waking Up, and elsewhere – are able to address the idea of “spirituality” without using language that sounds too new-agey or asking you to believe anything about the world that isn’t founded in evidence, Sincero allows a little hooey to slip in.

In writing about the way our intentions, wants and needs “vibrate” at a certain frequency, or the way that we’re all “attracting energy” to us whether we know it or not, Sincero lost me a little bit.

As I alluded to above, her basic point – that self-improvement is about mental and emotional well-being as much as our physical selves – is a good one, and I’m glad she addresses it.

But some of the language associated with the so-called “law of attraction” is just a little too woo-woo for me.

Can this book help you build confidence?

Yeah, I really think it can.

Despite the flaws that I noted above, You Are a Badass is a great introduction to a lot of important self-improvement concepts, chief among them being the idea that you are stronger, smarter, better and more capable than your self-doubt and negativity bias would have you believe.

This book can help you step outside of your self-defeating thoughts and realize that you already have the potential to become the kind of person who takes risks, goes after what they want and refuses to suffer fools—you just need to learn how to unleash it.

Pickup a copy on Amazon and learn how to step outside of your self-defeating thoughts and become a better, more badass version of yourself.

Discover exactly what to say.

Enter your email address below to learn how to start (and sustain!) great conversations.

2 thoughts on “Book Review: You Are a Badass”