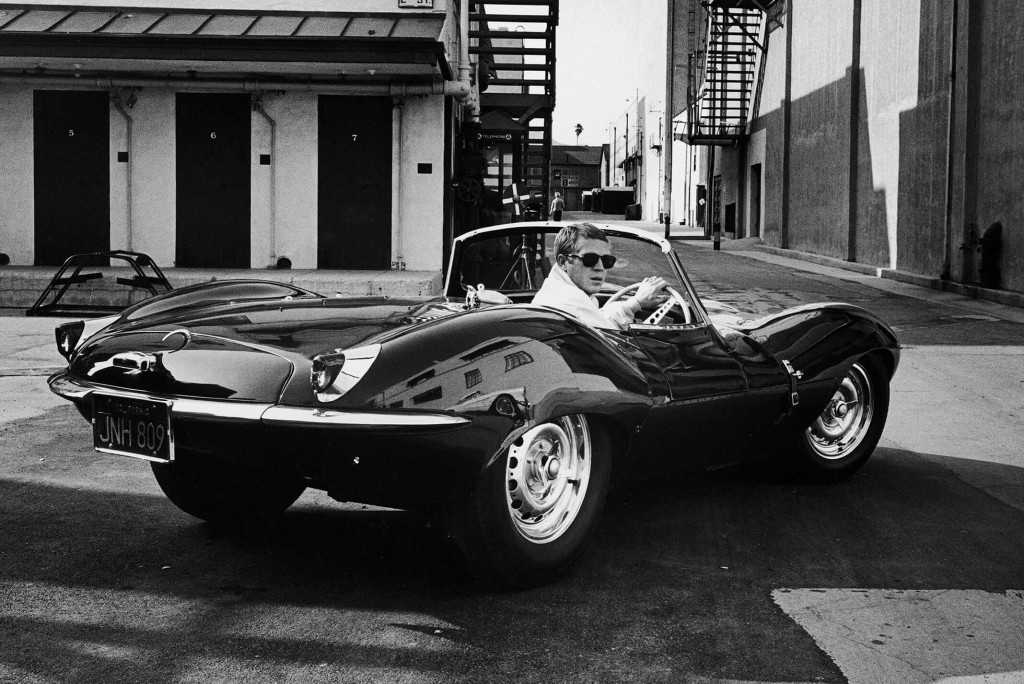 If you’re under 35 years old and you’re only vaguely familiar with style icon Steve McQueen, you may be thinking of the guy who directed Fassbender in Shame and 12 Years a Slave.

This post is about the King of Cool – the original Steve McQueen.

This post is about the Steve Mcqueen who defined the name long before the modern-day director. An actor whose biggest hits came roughly around the time that our grandfathers were buying their first homes and learning to become men, and whose style not only shaped their conception of what it means to dress like a man, but continues to shape ours.

Who the hell is Steve McQueen? 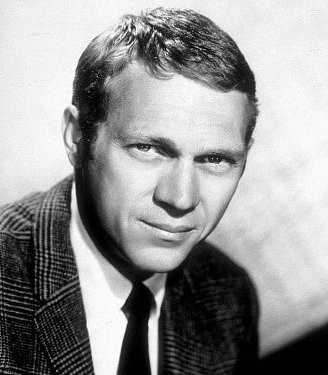 McQueen was an actor who developed something of a bad boy reputation in the ’60s, partly due to the characters he played in movies and partly due to his own offscreen antics.

The bio on his Wikipedia page reads like a recipe for creating a bad-ass. A few highlights include:

And all of that was before he became the highest-paid movie star in the world. Kind of makes you wish you had misspent your youth, right?

McQueen moved into films thanks to another men’s style icon, one Frank Sinatra, when Sinatra cast him in a movie called Never So Few. (As an interesting side note, McQueen replaced yet another style icon in that one, Sammy Davis Jr., after Davis made some mildly unflattering remarks on the radio about the notoriously thin-skinned Sinatra. Keep all that in mind next time you’re playing Old Guy Movie Trivia.)

McQueen’s role in Never So Few is what really catapulted his career, leading directly to starring roles in the films for which he became (and remains) the most famous, including The Magnificent Seven, The Great Escape, Bullitt and The Thomas Crown Affair.

While becoming the highest paid actor in Hollywood would be enough for most people, it apparently wasn’t for McQueen. In addition to acting, McQueen was a famous gear head, all but addicted to racing cars, riding motorcycles and flying planes.

Two of his most famous roles feature chase scenes in which he did many of his own stunts. In The Great Escape he plays an American soldier who escapes from a POW camp and steals a German motorcycle. McQueen gets a lot of screen time whipping around on the bike, though the studio wouldn’t let him do the big motorcycle jump scene for insurance purposes.

Just how good a rider was he? The film couldn’t find many stuntmen better than him, so when they needed someone to play a German officer chasing McQueen’s character on another motorcycle they cast – you probably see where this is going – Steve McQueen. They then edited the footage together and avoided close ups on the German soldier’s face to avoid revealing that Steve McQueen was in hot pursuit of himself.

McQueen’s love of cars manifested itself on screen too, most famously in Bullitt. In one of the most iconic car scenes ever committed to film, McQueen plays a cop who chases a suspect through the streets of San Francisco in his 1968 Ford Mustang GT, helping propel the Mustang to celebrity status in the ’60s.

He was no less of a speed demon offscreen and competed in both motorcycle and car races. At one point in 1970, he raced in a 12-hour marathon race called the 12 Hours of Sebring in which he and his partners finished first in the three-litre class. They nearly won the whole damn thing, too, finishing just 23 seconds behind a team led by some guy named Mario Andretti. 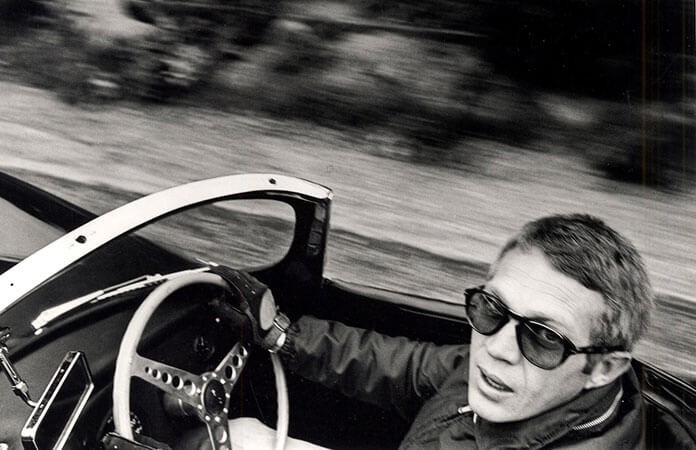 So, What Makes Him a Style Icon?

While many of his films were terrific – Bullitt, The Thomas Crown Affair and The Great Escape are all required watching – today he’s probably best remembered not for what he said or did on screen, but what he wore.

McQueen was a master at nailing the basics and making casual look cool. As a prisoner in The Great Escape he elevated the beat-up leather jacket to icon status. As a tough cop in Bullitt he accomplished what for many of us is practically the holy grail of men’s style, making the turtleneck look [email protected]$%ing cool. 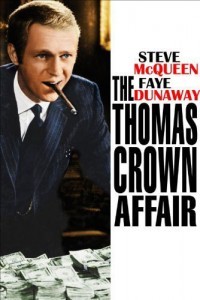 But for my money, his ultimate sartorial performance came in 1968’s The Thomas Crown Affair. McQueen plays a millionaire playboy-turned-thief who orchestrates a bank robbery and then spends the rest of the film seducing the insurance investigator sent to crack the case.

And it’s not hard to see why she was seduced. I don’t care what your sexual orientation is – McQueen dresses so well in this movie, I defy anyone to watch it and not want to bang him. (Yeah, I went there.) There’s so much great menswear on display here, but a few iconic looks really stand out: 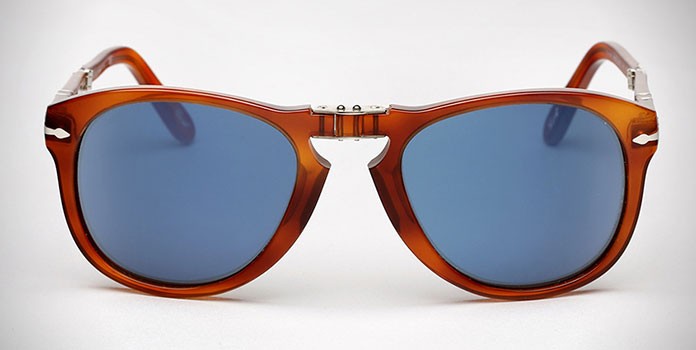 Even if you had never heard of Steve McQueen before reading this post, you’re still probably familiar with his style – you just might not know it.

Of all the Hollywood legends who today get canonized for their style – we’re talking your James Deans, your Paul Newmans, your Robert Redfords – arguably no one has had as great an impact on the style of today’s stars as McQueen.

Once you become aware of McQueen’s style legacy, you start seeing it everywhere.

Daniel Craig has become the most notable imitator of McQueen’s style, thanks in no small part to his blonde hair, blue eyes and striking resemblance. In many of his James Bond films Craig’s channeled the gentlemanly style of Thomas Crown or the the devil-may-care attitude (and turtleneck) of Steve McQueen.

In Drive, Ryan Gosling didn’t directly ape one of McQueen’s looks, but definitely tapped into his gear-head rebel vibe.

In Ocean’s Eleven, George Clooney delivers his classic “And then you take the house” speech in a black turtleneck that’s a dead ringer for McQueen’s in Bullitt.

And in Suits, Harvey Specter not only dresses like McQueen, as seen above, but outright professes his admiration (and drives his sick Mustang).

So, to recap: James Bond, Ryan Gosling, George Clooney and Harvey Specter all draw their style influence from Steve McQueen.

Think maybe you should, too?

How You Can Dress Like The King of Cool

Thanks to McQueen’s timeless style and lasting influence, today the menswear scene is littered with pieces that would have looked right at home on The King of Cool, available in just about any price range.

But before I introduce you to a few of my favorite McQueen-inspired pieces, a word of warning:

You’re going for inspiration, not imitation.

Layering on too many of these pieces can make you look less like a style icon and more like a style wannabe. Taking inspiration from the greats is a good idea; looking like you’re wearing a Steve McQueen Halloween costume? Not so much.

(If you need more help stepping up your style without looking like an imitator, check out my post about How to Look More Handsome for 14 strategies that will help you work with what you’ve got.)

So with that rejoinder out of the way, work one or two of the classic pieces below into the rest of your wardrobe to craft a look that’s (a little) legendary. 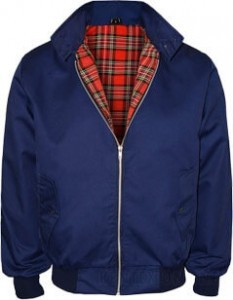 I’ve got good news, bad news and then some more good news for you. The good news is that McQueen’s Harrington is still available. It’s called the Baracuta G9 and it’s as bad-ass now as it ever was.

But the more good news is that you can get an affordable knock-off on Amazon for less than 100 bucks, plus shipping and handling.

There’s another good news/bad news/good news situation when it comes to McQueen’s Persols, which ranked high on my list of the all-time best sunglass brands for men.

Like the Barracuda, you can still get the Persol 714s with blue lenses (they even market them as the Steve McQueen special edition).

And again like the Barracuda, they cost $400. And while there are affordable knock-offs available, in this case I’d actually recommend a substitution rather than a knock-off.

Persol makes another model, the PO3059S, which features the blue lenses and tortoise shell color of the 714s, but clocks in closer to $200. 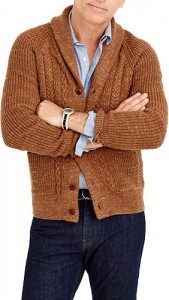 Rocked by McQueen both on and off screen, these can be found across many retailers. Amazon has a shit ton of options, as do almost every menswear store in your local mall.

For my money, Banana Republic has the right mix of style, quality and price. While the base price for their sweaters can be steep (like, $200 steep), they tend to have sales fairly often, which bring them down to a more reasonable $150 or under.

To really mimic McQueen, look for textured cotton or wool sweaters in a single color, like the one pictured here. Wear it over a t-shirt or a button down and commence giving zero [email protected]&cks. 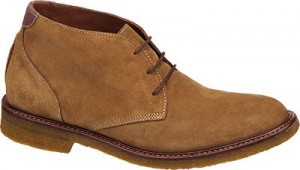 In both The Thomas Crown Affair and Bullitt, McQueen can be seen wearing suede chukka boots with a crepe sole, otherwise known as Playboys (because of course even Steve McQueen’s boots are called Playboys).

While crepe soled chukkas are a little hard to find, plenty of brands make sharp-looking suede chukkas at a reasonable price. Once again I’ll point you to Amazon, where options abound. Prices vary, so if you’re not familiar with the brands on offer, use the reviews as a barometer of their quality.

For other options, Clarks are classics, and personally I’ve found Johnston & Murphy’s Copeland model (pictured above) to be a great alternative.

For more tips about how to step up your style game, sign up for my free email series below and discover nine details that have a huge impact on your overall look—and how to nail them.

6 thoughts on “Steve Mc(F-ing)Queen:<br> A Bit of Reverence for a Style Icon”